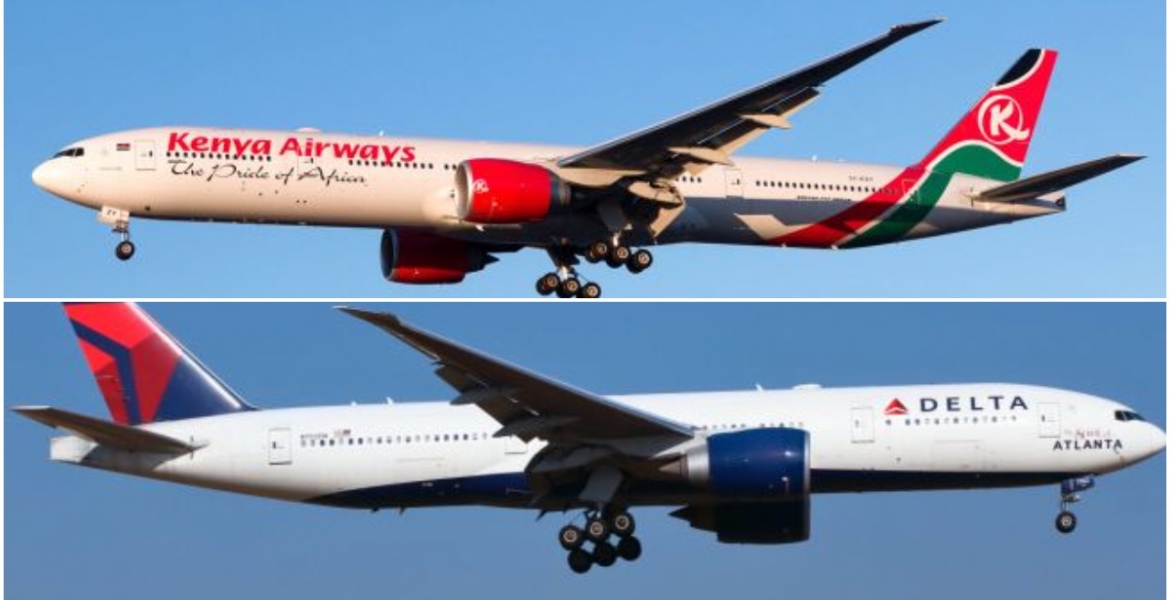 National carrier Kenya Airways (KQ) has expanded its current codeshare deal with US-based Delta Airlines as it prepares to resume direct flights to and from the US on October 29th.

The expanded partnership between the two airlines adds three more US destinations to the existing codeshare arrangement.

“The one-stop service via New York into North America is critical, especially in the current environment as Kenya Airways continues to focus on offering safe travel by reducing the amount of connections needed by passengers connecting to and from Africa,” said KQ in a statement.

Before the expanded deal, KQ was connecting passengers to several destinations in the US and Canada through the codeshare arrangement with Delta.

Delta and KQ are both members of the SkyTeam alliance, which means Frequent Flyers will earn and redeem miles on both airlines, while Elite Plus travelers will benefit from SkyPriority services.

KQ said it will initially operate two weekly flights (Wednesday and Sunday) on the Nairobi-New York route before increasing the frequency to three times a week (Wednesday, Friday, and Sunday).

KQ had suspended all operations in March after the government closed the country’s airspace in the wake of the Covid-19 outbreak in Kenya and other parts of the world.

After Kenya reopened its airspace for international flights on August 1st, KQ reduced its routes by half to 27, dropping nonstop flights to and from the US due to low demand.

KQ launched direct flights to the US in October 2018, cutting the journey to 15 hours. The airline completed 594 trips to and from New York, flying at least 105,084 passengers as of October last year.