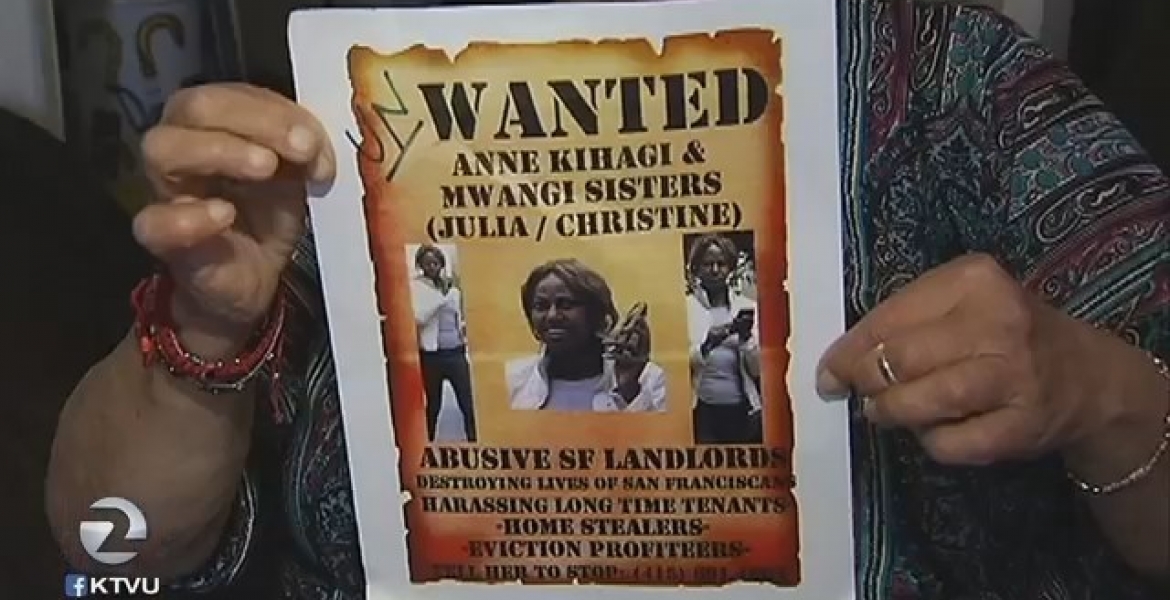 A Kenyan landlord in San Francisco, California has been fined $2.4 million by a San Francisco Superior Court judge for various violations, including ongoing harassment of tenants and illegal evictions of tenants in her rent-controlled residential buildings that she owns.

Superior Court Judge Angela Bradstreet said that Anne Kihagi “and two associates had engaged in a campaign of harassment, retaliation and fraudulent evictions of tenants at seven rent-controlled buildings in San Francisco.”

The ruling by the judge oders her to pay the $2.4 million in fines, prevents her from making further contact with her contacts, and requires her to hire an independent property management company to manage the seven rent-controlled buildings  that Anne and her associates own. The order also stops all evictions currently in progress.

Tenants accused Anne of verbal abuse, threats, and stoppage of utilities. They also accuse her of entering their rental units without their approval, as well as installing surveillance cameras outside the tenants’ front doors.

A total of 10 tenants accused Anne of wrongful eviction, while 10 others accused her of illegal harassment.

San Francisco City Attorney Dennis Harrera, who filed the case in June, 2015 on behalf of the tenants, said the ruling is a “resounding victory for San Francisco tenants and the rule of law.”

"I've gone after a lot of lawless landlords in my time, but Anne Kihagi has a special place reserved for her in San Francisco's abusive landlord hall of fame… Her cruelty is stunning,” said Herrera.

Anne's attorney has indicated they intend to appeal the ruling.

Kufunga nyumba when tenants do not pay the rent, Kukata manji na electricity, kuonge matope to tenants all those leave them to Jamhuri

Yep. Tenants have rights here that are re enforced by law. You give one month's eviction notice in most states,though it varies from state to state.And you cannot change the lock, turn off electricity, or remove property.
Yep. Leave those tyrant scare tactics where ever you came from.
Surprised that the landlord ignored this rules.I cannot believe that ignorance is applicable here,even though its not a defense.

This woman is not ignorant, she is greedy. She wants to operate business like in Kenya...where laws do not apply.

Read her history: It is the whole family 'thugging'. Her mother and two sisters.
One of the sisters is a pharmacist.

IIt is best to familiarize yourself with federal and state laws before you start an establishment. This 254 kayole behavior will not be entertained by the laws here. You'll be looking for lawsuits and loss of the business.

I will reserve my comments. I lost a $ 750,000 apartment building and was physically assaulted by a "tenant". Rules are different here in states.