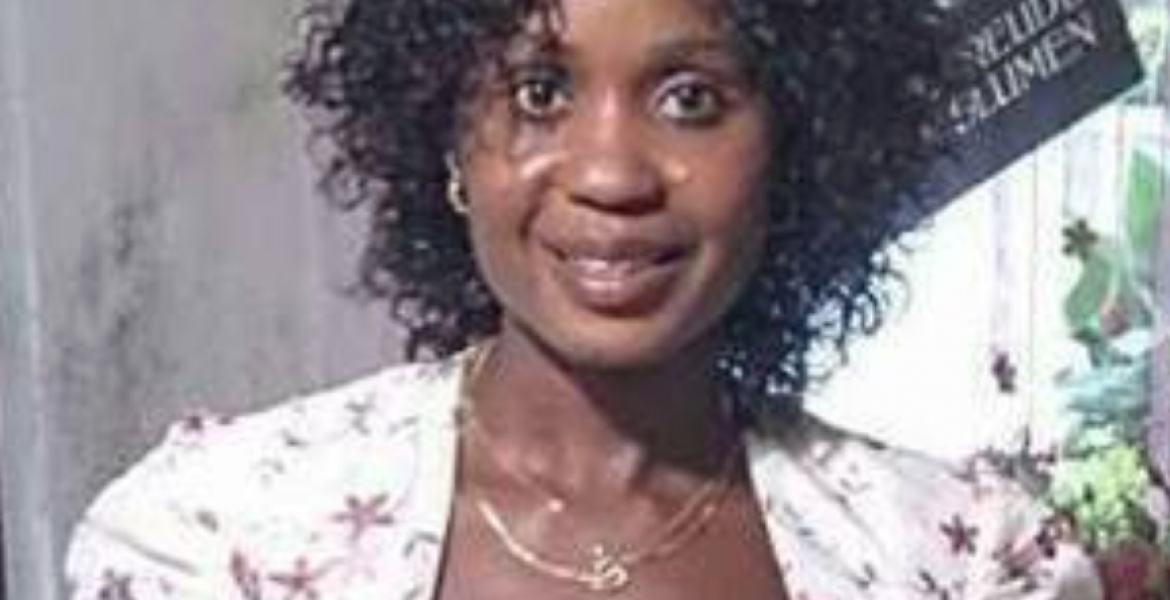 A Kenyan woman is on trial for her role in the murder of her husband in Ebersdorf, Germany. 32-year-old Armina A. is charged with conspiring with her lover, identified as  38-year-old Jan D., to kill her husband while she distracted him with sex.

The prosecutor says Armina conspired with Jan and arranged for Jan to enter their house and kill 58-year-old  Ekkehart H., a German citizen.

On the fateful night of September 13th, 2016 at around 10:30pm, Armani is said to have let Jan D. inside the house Armina shared with her husband. Armani then handed Jan with a machete containing a 40-centimeter blade she had hidden in a cellar inside the house and had him lay low in the house.

The prosecutor says Armani then distracted her husband with sex and while the couple was having sex, Armani signaled for Jan to enter the bedroom. He is then said to have slit Ekkehart’s throat, killing him. In the course of committing the murder, the prosecutor says Jan also accidentally injured Armani’s tendons.

Armani initially reported to the police that three men wearing masks entered the home and attacked both her and her husband, but upon investigation found that she was in actual fact an accomplice to the murder of her husband. Jan D. reportedly confessed to the crime and implicated Armani. 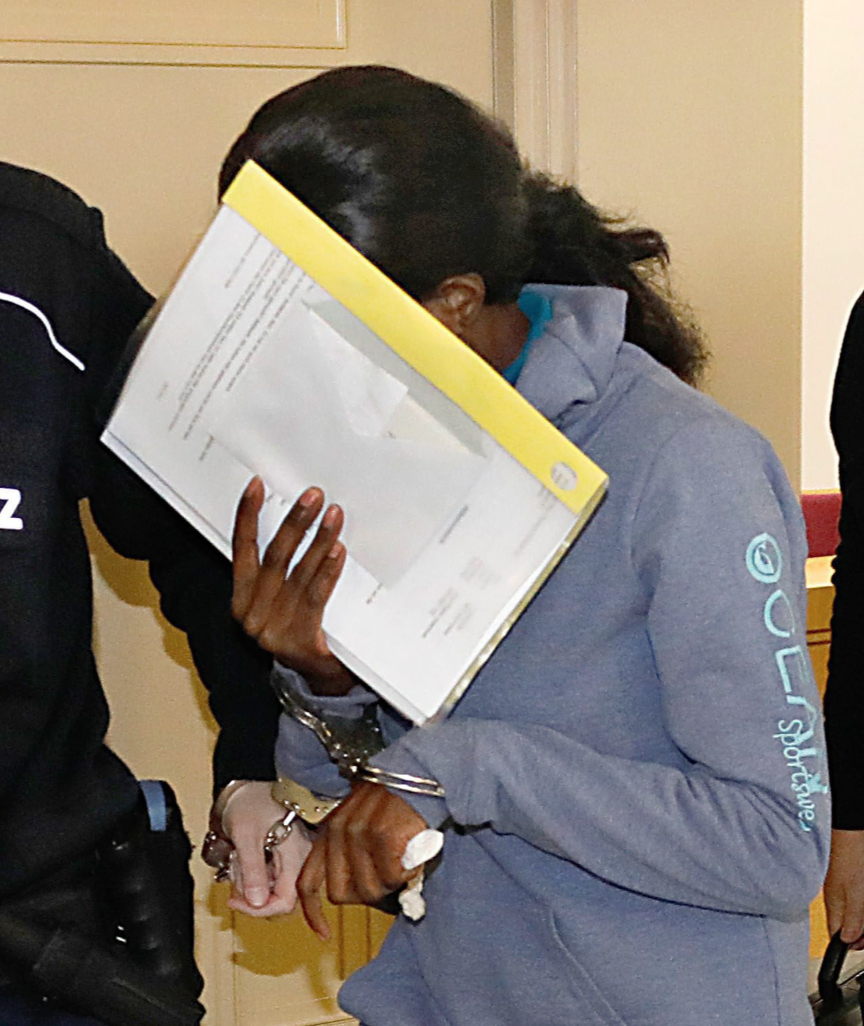 Armani is said to have been Jan’s lover. Even though she had been married to her husband for nine years since 2007, Jan, also German, is the father of the older of Armani's two children (she has a 6 and a 2-year-old). The prosecutor says she repeatedly cheated on her husband with various men.

Armani met Ekkehart in 2007 while he was vacationing in Kenya. She soon moved with him to Germany.

Lord of mercy! Why not divorce the guy and move on with her lover? Perhaps conspired with the lover to murder the husband so as to collect his life insurance? If this holds true, then she is a well calculated cold killer! Lock her up if guilty!

Clever with the folder

She need to be hanged.

I would definitely support that, if asked.

Nasty woman! Poor kids, for they are the innocent in all this. Just greed and evil. Should lock and throw away the keys. But the skeptic in me does wonder if there was a level of jealousy from the lover, being he is the dad of one of the children....I can't believe our sisters, daughters of Kenya are becoming these cold murderers I keep reading about. Getting out of hand. But if she had a hand to play in this, then she is truly evil. Jameni!

Sukari, I agree with you that the lover may have been jealous,apparently she had many lovers...It is not mentioned,but my theory is that the old man was killed so that the wife could inherit his wealth/assets,and continue life with her younger lover.what bothers me most is that had they pulled off this terrible crime,how could she live with a killer.
Certainly there is more to this story.