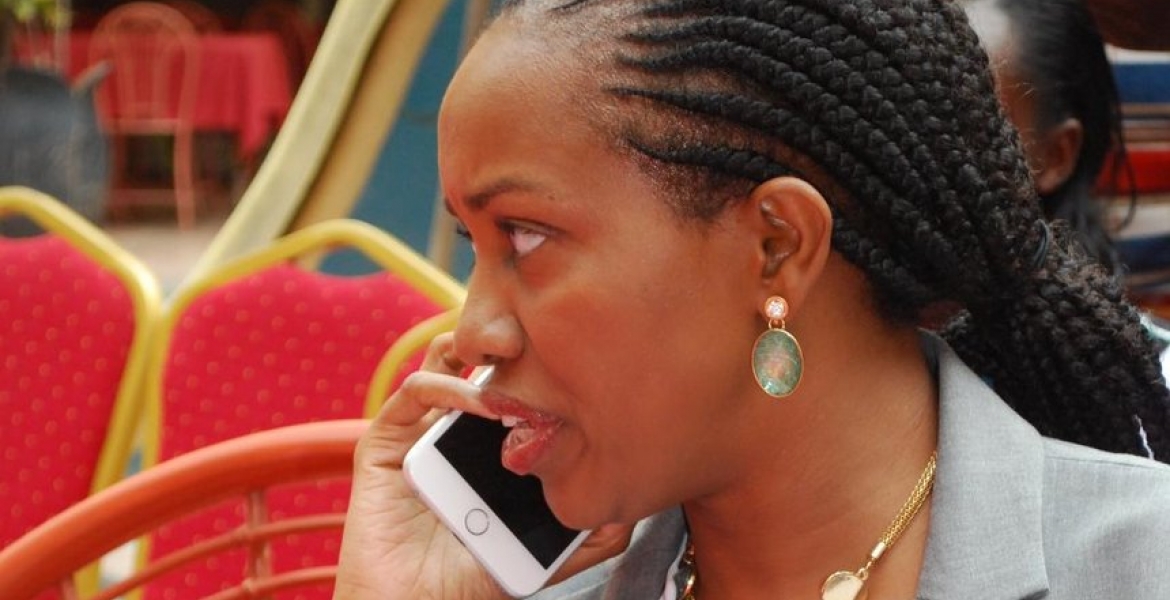 A billionaire businessman said to be her husband has been sued by his first wife, where she accuses the senator of mistreating her children who are in custody of the husband and living with Kihika.

Beatrice Wanjiku, billionaire businessman Sam Mburu’s first wife has moved to the Chief Magistrates Court in Nairobi to have her estranged husband denied custody of their two children because his wife (Susan Kihika) “hates them”.

“The children have complained to me about the applicant’s wife who hates the children, orders them away from her and violently swears at them that she never wants to see them again. When the stepmother is asked why she behaves that way, she says the children are ‘grumpy’ and call her grandy on account of her advanced age,” Wanjiku states in an affidavit.

Wanjiku wants the court to deny Mburu the consent order of custody of children issued in 2013, arguing that “his current wife is mean to her children whenever they visit their father in his new home”.

“I am further informed by the children that when they spend time with their father, the applicant is always away from home and if custody of the children is granted to the applicant, he would subject them to the whims and mercies of an absentee dad, stepmother, mistress or simply other women,” she claims.

Susan, who is 10 years older than Mburu, is believed to be the businessman’s third wife and the couple resides in Susan’s posh Karen home. Mburu is said to be behind the senator’s flashy campaign, flanked by branded choppers and fuel guzzlers.

In the suit, Wanjiku demands a monthly Sh757,000 maintenance allowance and custody of the children following her separation from Mburu after he met Susan, a US-trained lawyer and politician.

“The plaintiff is a fabulously wealthy man and it is true the costs and standards of living at our Kilimani home is Sh757,000 per month. This is the standard the plaintiff set for his family. I know the plaintiff has a mischievous plan to turn me and the children into destitutes (sic) by denying us finances and forcing us to live in the less agreeable parts of the city.”

Wanjiku lists Mburu’s assets, including Landmark Freight Services, which has two branches in China and rakes in profits estimated at Sh10 million monthly.

“I have been part and parcel of my husband’s wealth. Until the year 2010, I had a steady job as a personal assistant to the managing director of the New Kenya Cooperative Creameries and taking home a package of Sh130,000. My husband persuaded me to leave my job and run the business of selling electrical goods in a shop along River Road.

“Because the plaintiff intends to leave me and the children permanently, it is in the best interests of justice that he makes immediate provisions for the family’s upkeep and pay a lump sum to secure the children’s upkeep for the next two years. I would fix the amount at Sh767,000 per month for two years, which amounts to Sh18,168,000,” she told the court.

Ni ka Univeristy? following Kihika Kimani footsteps of getting young girls from Universities. She is getting young dude or dudes. Like father like daughter

Kwani what kind of business does one need to open to acquire the title "billionare businessman" ???? Will my mpesa shop ever get me there ??? I think this country has tooooo many billionares with no clear indication of how they make their money

Hypocrites don't get rich, especially if they are operating an Mpesa kiosk and expecting billions

Cohabiting with a man 10 years younger and then refusing to be called granny by his kids what are you expecting.You broke up a home.You made your bed now lie in it.Supposed lawyer and newly elected MP more is expected of you but wishful thinking in Kenya where former drug lords are now city mayors and thieves are celebrated governors.

The ex is asking for 18million for two years.I get the impression that the kids are still young and going to school.If this is the case, how come she is not looking beyond two years?Or iam I missing something here?
It appears that the lawyer is Mr.mburi's 3rd wife.It is not clear if the other two are still in the union ,by the article.In other words does the man have 3 wives?If so, he may not be called a millionaire for along time,if the trend of amassing women continues...