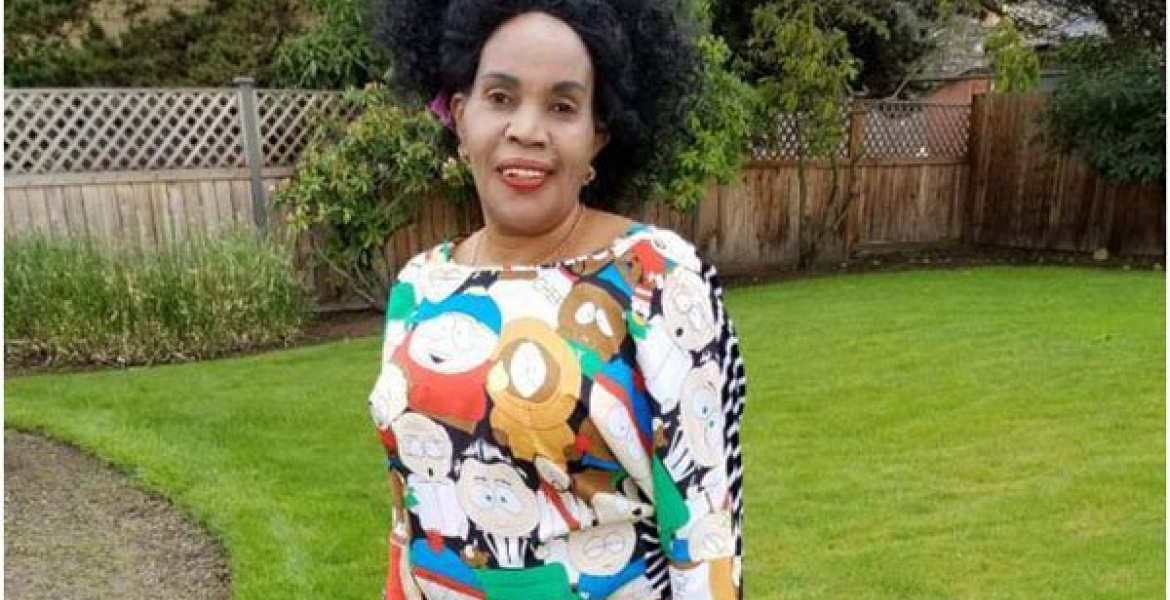 A Kenyan-born woman who recently touched the hearts of many compatriots after opening up about her battle with cancer has passed away in the United States.

Zipporah Kamau, who hails from Kikuyu, Kiambu County, was last year diagnosed with Lymphoma, an aggressive form of cancer that begins in infection-fighting cells of the immune system known as lymphocytes.

She has been undergoing cancer treatment at a hospital in Seattle, Washington.

Ms. Kamau died on Monday in Seattle, a week after doctors informed her that she only had a few days to live.

Her story went viral in the US after she opened up about her battle with the disease that contained her in bed for several months.

During an interview with an online Kikuyu radio station, Ms. Kamau appealed to Kenyans in the diaspora to help her raise cash to enable her to pay house rent, medical bills as well as support her family back in Kenya.

“I have gone through 9 rounds of Chemo and now they have told me that I have to start another round of palliative chemotherapy but I don’t think I can do it anymore. My body is totally ruined by the previous round of Chemo,” she told Jeremy Damaris of Kikuyu Diaspora TV in an interview.

“They recently said I had only three days to live and that my kidneys are affected..but I know I can live longer than that in Jesus mighty name,” she added.

Kenyans who read or listened to her sad story have received news about her death with shock.

“The Kenyan community in the US is devastated by the passing on of (Ms) Zipporah Kamau who recently inspired many when she publicly spoke about an ailment that was slowly killing her,” says DK Gitau, President of Kenyan Parents in the US.

Kenyans in the US raised about $20,000 (Sh2 million) following her appeal for funds.

Her misfortunes appear to have started in 2017 when her son died in a road accident in Nairobi. She had just moved to the US when the boy was struck by a car in the city.

While in Kenya for her son's burial, Zipporah lost her passport and traveled back to the US on temporary travel documents.

She was initially living in Atlanta, Georgia before relocating to Seattle over what is said to be marital conflicts.

She has been living with a  friend identified as Beth Mwangi in Seattle.

Ms. Mwangi has told the Daily Nation that a committee has been constituted to make funeral arrangements.

“We will be releasing more details about the funeral arrangements after our first meeting. There will be a fundraiser this coming Sunday here in Seattle, Washington,” says Mwangi.

R.I.P, no more pain, rest with the angels

Sasa story za kupoteza pp na kuachana na bwana zinatokea wapi??Just write about cancer.
Cancer is worse than hiv/aids which pple fear juu it will bring u dwn very fast?Miss zipporah rest coz wr all heading there it's matter of when???

I concur with you @MkenyaHalisi. No need to bring up such stories. May she RIP with her son. Very sad indeed.

Leo umeongea kama shujaa watatu wa maumau. We are all headed there.

Start your own tribal tv or shut up.