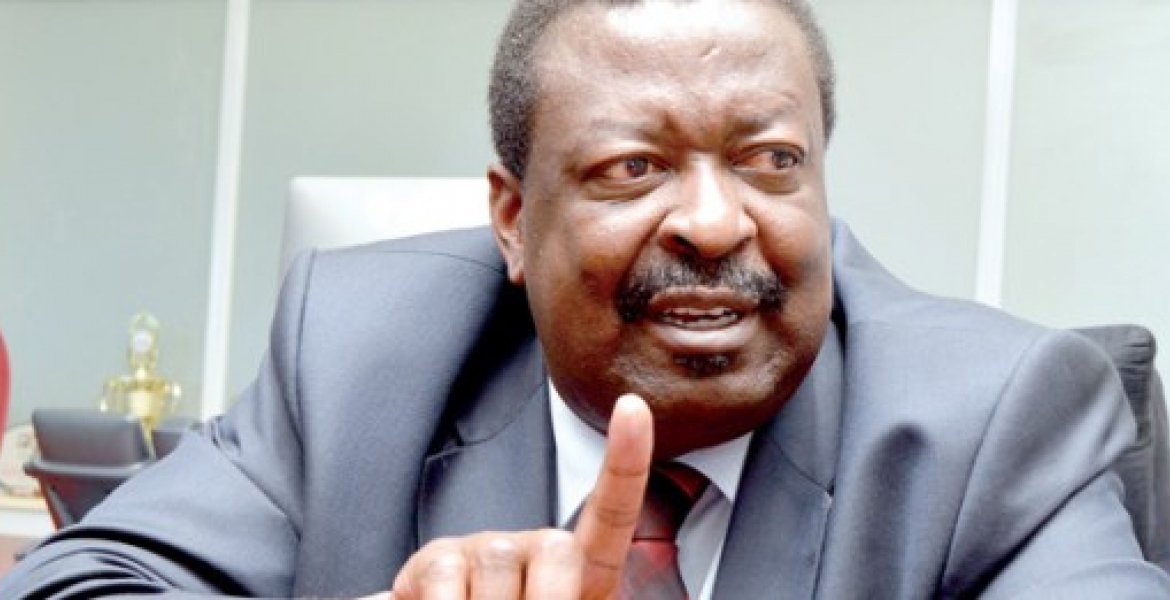 Mudavadi said Kenyans should not be denied the chance to serve their motherland by virtue of holding two citizenships.

He was referring to the case of President Kenyatta’s nominee for Kenyan High Commissioner in South Korea, Mwende Mwinzi, who is being forced to renounce her US citizenship before assuming the role.

Mwende, a Kenyan-American, has filed a case at the high court seeking to stop MPs from forcing her to relinquish her American citizenship before being deployed to Seoul.

Speaking during Kenya Diaspora Conference in New Jersey on Saturday, Mudavadi said all Kenyans are entitled to full enjoyment of civil rights regardless of their citizenship status.

“It is confounding that the law should ask you to drop one of your citizenships in order for you to play your role for your motherland,” said Mudavadi.

“It’s not enough to tell Kenyans they have multiple citizenships while also denying them a citizen’s right. Your citizenship is not worth the paper on which it is written if citizenship participation discriminates against you,” he added.

He also said the Independent Electoral and Boundaries Commission (IEBC) must ensure Kenyans in the diaspora are registered as voters and participate in the next general election.

“Technology should not be an issue anymore. I don’t think that it is the hindrance, the challenge remains the kind of electoral authorities we have in Africa,” he said.

“In Kenya, the IEBC remains a thorn in the flesh and we cannot remain silent about it anymore. We must reform the IEBC. The new commission must put in place simple, credible and verifiable mechanisms for the diaspora to vote come 2022."

“Don’t just send money to relatives, influence them to choose the right leaders and to say no to stealing,” Karua said.

It is very sad that Kenyan politicians never go back to their track record to see what they have achieved for their community and country at large.
All they talk about is voting and corruption. How about asking; What have you done for your local community, that you think you should be given a chance to do for the whole country?
Mr Mudavadi, if you haven't done anything, do in the next three years so people can see then they will see you as a leader.

Mudavadi, you were one of the architects of the constitution. You did not realize then that it was marginalizing Diaspora? Why speak now after damage has been done?

Who would renounce their citizenship here and the way we struggled to get it, ati for some kenyan government job? Shiieee, fuaaaag that. Short of Jesus returning & demanding I do it to enter heaven, nothing else would make me give up this citizenship.

At least try to fix what you helped create. Let's wait and see, but it is a great move. Better dual citizens who can perform , than citizens who continue to lead us the shithole way!

Mudavadi, please stop talking about diasporas need to be involved in this and that....you have a duty to as member of the legislature. Please peleke mswada bungeni na siyo kelele nyingi hapa na pale. If you believe it is a constitutional right for Kenyans with dual citizenship to serve in government then I want to here that you have submitted a draft, a bill a whatever to the courts to seek interpretation.

They hire expatriates but born Kenyans are discriminated against because they make a living elsewhere due to lack of opportunities...