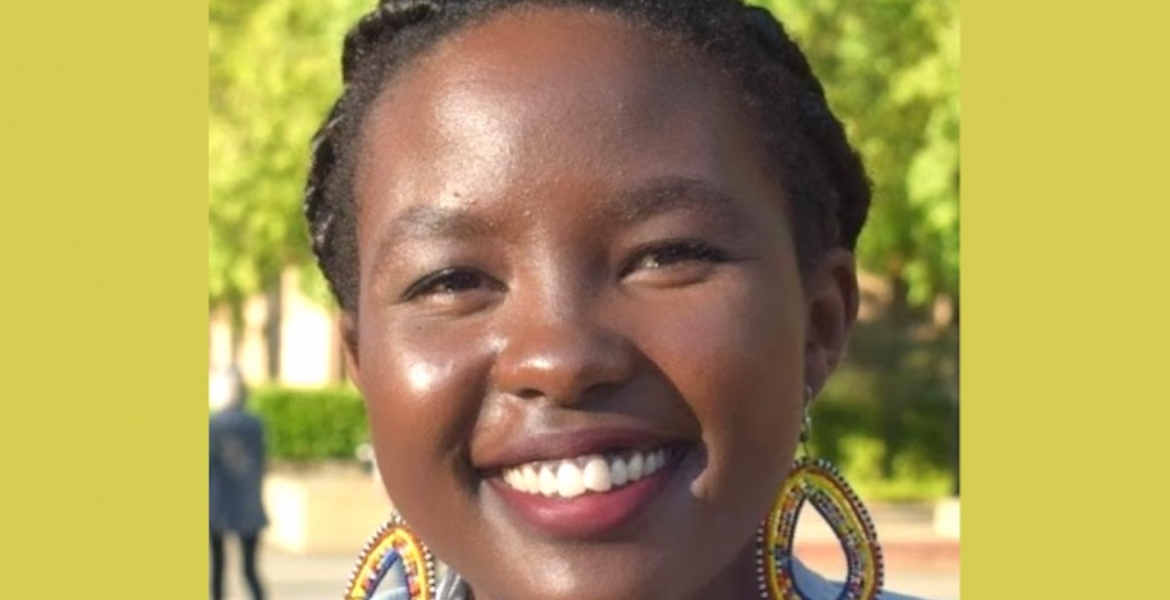 The Santa Clara (California) Medical Examiner’s Office says a Kenyan student at Stanford University who was found dead in the dorm room in June died by suicide from poisoning.

24-year-old Norah Borus Chelagat was found dead in her dorm room on the campus of Stanford University on June 14th, 2019. The medical examiner did not release the cause of her death until last week.

Norah, who joined Stanford in 2014, studied Computer Science and was interested in artificial intelligence and machine learning, according to Stanford University. She also ran a coding camp in Kenya, where she spent many of her breaks.

She was ranked as the top student in Nairobi County in the 2013 Kenya Certificate of Secondary Education (KCSE) examination, and fourth nationally.

If you are experiencing thoughts of suicide, call the National Suicide Prevention Lifeline at 1-800-273-8255 to speak with someone who will provide free and confidential support 24 hours a day, seven days a week. To learn how to help someone in crisis, call the same number.

My she Rest In Peace.

The reality is:
Youth in Meru, Central and Kalenjin are busy commiting suicide.

It’s interesting that the media is giving the high levels of suicide among youth who supported the Jubilee party a blackout.

That is what happens when you support Jubilee. You end up regretting and committing suicide.

I try never to call anyone an idiot, an imbecile or a moron. I still won't, but you make it hard. Suicide cuts across race, ethnicity even economic status or political party. Suicidal people need help and I hope no one close to you ever chooses this path. You, by the way, need to seek help. You aren't the person you should be. Call your mom and ask where you went wrong.

What a waste of my time reading your comment.Like someone else mentioned, nobody's naivety is known until they open their mouth!

As usual: She may have been duped, USED, and dumped by her fellow Kenyans in US. And so she couldn't bear it.

Do Kenya a favor, commit suicide. How I wish you sleep and don’t wake up. A family is crying somewhere after losing their girl and you are busy displaying your ignorance.

Don't waste your energy responding to Guest...word has it that those who hate you are actually jealous of you and yours.

What does politics have to do with it? Is it going to bring them back? She's gone stop stigmatizing her again and ask why its happening, and what you can do to stop suicides or at least educate yourself on how to recognize signs of when it's about to happen, you can save a life in the verge of doing it. And YOU pal can be a hero in that way.

Its my hope that this will be the last tear that leaders will shed because of the unprovoked, Uncalled for and grossly ignorant comments by this morosoph called Guest.
This young Kenyan passed on at the prime of time, relatives Friends and well-wisher supported by any normal human being would just like to know the cause and have a closure.
To have something suposedly an adult haul insults at them is beyond any level of ignorance.
The management of this media should save kenyans from this imbecile.

There seem to be an increase in suicide among young people.Here I speak of Kenyans whether in diaspora or in Kenya.This is a concern.
Interestingly,it appears that girls are more likely to commit suicide than boys.
These deaths do not happen in a vacuum. Nobody seemingly wakes up one morning and commit suicide.I can envision a scenario where by somebody young(old) feels hopeless after a love ends,or pressure to maintain acertain standard of excellence,or loneliness.We should encourage our youth to speak up,and not shame them when they seek solutions to their problems...We should also try our best to be our brothers'and sisters' keepers.The point being, by paying close attention to our brothers and sisters,we might be able to stem off some of these suicides,but nipping in the bud,what ails them.
Here on Mwakilishi,and other media attention has been brought up on mental illness and depression .I believe these are the main reasons people commit suicide,when seemingly everything looks bright for them.
Its just so unfortunate to have to lose a so promising life in this matter.I hope her death will bring more awareness,and attention on suicide,and how it can be prevented...especially in diaspora.

Really? Why would someone so bright, top student KCSE in the whold of Nairobi 4th nationwide, in one of the best schools in California with a bright future ahead of her commit suicide? Did she really have to struggle to come to the States just to commit suicide? To me something doesn't add up.

....and to me too @Observer, something does not add up. If she 'took poison'; it doesn't, necessarily, mean that she administered it HERSELF; someone else could/might have poisoned her. THIS IS FISHY!!!! it stinks.... and there is a trend where foreign students, in good schools, are just being found dead. Who should be standing in for these young Kenyan students in foreign land?

Questions are good. I need more info than given for me to be satisfied. Most suicide cases have those tell-tale signs/indicators.....usually. Maybe the family knows something about the girl that we do not know...and that might just be the missing puzzle. If the family/friends had no knowledge of any mental issue, there is a chance of FOUL play.

@JustMe... I kinda reason in your way of thinking too. I ask myself the same question, what is this 'poison'? I don't know the lady myself but someone who knew her says her outlook in life could not have been any further off than to end it and her own achievements alone speak loud enough to her aspirations. It would take A LOT to convince me otherwise! And there's entirely nothing wrong to question findings especially when the gut instinct is in doubt because anyway not all of the findings are foolproof.

Suicide has nothing to do with all the success one has or how prospective their future is. It is a disease, nobody says "wow why did she get cancer,diabetes,hbp when she was so successful". Lets all take mental health seriously and support and seek those equipped to treat it. The brain is a body part like any other and is prone to illness. RIP young lady.

I beg to differ with Kithoi, This is not a conspiracy theory, Its thinking out loud.
Yes something doesn't add up. Yes, why would the most advanced Nation in investigation release an autopsy finding 5 months later.
This lady was not the average Jack" were there tell tale signs if not can someone come-out and explain what happened.
By asking this and more questions, we may be on the route to save the next Kenyan child.

@JustMe... I kinda reason in your way of thinking too. I ask myself the same question, what is this 'poison'? I don't know the lady myself but someone who knew her says her outlook in life could not have been any further than to end it and her own achievements alone can speak loud enough to her aspirations, it would take A LOT to convince me otherwise! And there's entirely nothing wrong to question findings especially when gut instinct is in doubt because anyway not all of the findings are foolproof.

might be a ttly different reason but most young people coming to US smtms for whatever reason are not wanting to stay/study in the US but too much pressure from back home to stick it out, parents back home need to open up to the fact that not everyone is dying to live in the US.

Let the family have closure and move on. The elephant in the room is the frequency of these suicides, especially on our young Millenials! It's alarming and we either talk about it or bury our heads in the sand and hope the guy above will rescue our children. Mental health needs to be addressed and education and access to services is paramount in tackling it.

Very sad. Depression/mental illness is so real but the stigma surrounding it is unbelievable.that's why people are afraid to speak out or seek help. You just never know what battles people are facing in life...

Is it possible to ignore the "Guest" and focus on addressing suicide or other matters concerning the bereaved? Let us not turn this into a tongue-lashing contest and then only RIP in the end. This is a deep issue, deeper than what the guest's opinion is.

Something doesn't add up here

what type of visa was she on? it says she came to states in 2014 and was found dead in june 2019 - which is about the time when most undergraduate programs end. It could be perhaps her visa extension was denied