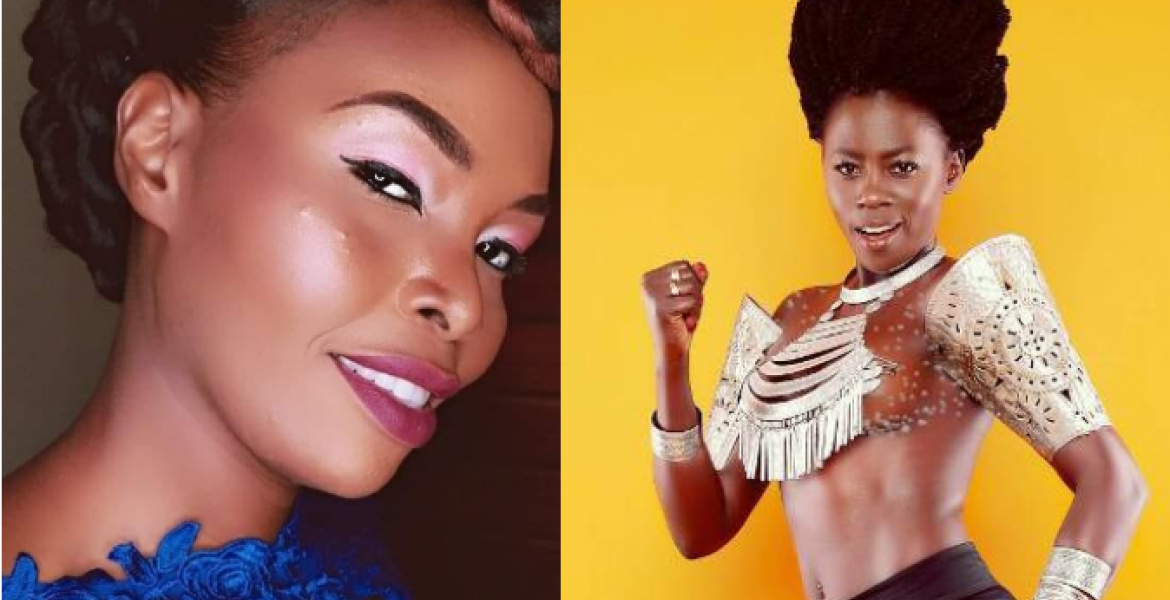 US-based Kenyan events promoter Sarah Okindo has given her side of the story after singer Esther Akoth, alias Akothee, accused her of mishandling her during her recent concert in Minneapolis, Minnesota.

In a long Instagram post, singer Akothee claimed Ms. Okindo, who had invited her to perform and raise funds for Akothee Foundation, ill-treated her.

“Mum I hope all I will say here is truth and God be my witness. You invited me to Minneapolis based on you wanting to promote and support Akothee foundation, My guts refused several times and I told my management I had other commitments in Nigeria on the 2nd, I was forced to cancel my flight to attend mineapolis show, @rumbanotes had paid for return flights on the 31st from Dallas to Paris, you ordered my manager to cancel the tickets and that you will buy new tickets for the 4th from mineapolis, Seattle ParisQA.”

“Four days before the show ,you changed the venue and asked my manager to make a new poster for new venue which he did, wanted prior dinner with me and your friends and I told my management that I don’t engage before my performance, this was for your own good, you said you had people who wanted to donate for Akothee foundation, and manager told you that we can do that after the show, you came to the airport with your family with just one car, well I love children so it wasn’t a problem for me, but we could hardly fit in, you checked me into a budget hotel, I still kept my calm , I was tired so I slept.”

“The following day, you only checked. Me into the hotel at 7.30 PM, I needed rest ,so I slept for 2 hours and was awake by 10.00 PM, I was ready for the show by 12.00 but there was no car to take me to the venue ,and you had not given the manager the balance, you came to pick me up at 1.30 and we arrived at the venue at 2.00am you driving like crazy on the road because fans were tired and leaving the venue, I was afraid for my life, after the show, I still created time and had a photo session with fans, then boom, I was left in the cold, with no car to drive me back to the hotel , you left me in your car for almost 15 minutes, then a gentleman came with your car keys and drove me back to the hotel with your instructions, I was happy to see my bed, you then became mad as to why I was taken to the hotel with your car, mom how was I supposed to get back ? You then got your car back. Drove off and dumped my manager in the cold,with no means of transport to come back to the hotel, mum we were your guests , what happened.”

“Why was I supposed to contact you directly after the show, if I dint contact you directly before, To beg for flight back home or hotel, Did you forget that I am MADAMBOSS? Kindly let me know , I still don’t understand what I did wrong , that’s why I am still calm , I am talking as Esther Akoth Kokeyo the founder of @akotheefoundation,. I still dint receive the donations you said you had from your rich friends as reported by my manager, I have total of 5000 usd from @rumbanotes fans and Family for for the borehole project @akotheefoundation, @rumbanotes also took charge of my expenses during my stay in America ,including your failed flights , all this happened without me knowing, I just received the news as I was leaving Seattle, I didn’t know you dumped us,”wrote Akothee.

Ms. Okindo responded to Akothee by making public WhatsApp conversations she had with the musician. She also took to Facebook live to clear her name.

“This was the communication with the artist right before the FB post. Any event has it’s hiccups, which is expected. An expectation during this conversation is a recap of the event. Amends were made with 10,000 to be paid back to the promoter. Attached is the 1st hotel, Fairfield Inn Marriott Blaine, MN. Hotel has been in business for 6 months as it is a brand new site,” said Okindo.

Below are screenshots of their conversation on WhatsApp and a video recording on Facebook Live.

Are you serious right now???....
I mean damn....$30 for a motel??!!!
Sh*t...it must be one of them run down, bed bug infested, 1 star motels in the projects where junkies be shooting dope and rooms stinks like a decomposing corpse...not to mention the cockroaches.
Akothee.... really??!!!
Am flabbergasted!!!

Google is your friend.

Quite shocking indeed! I haven’t seen a descent $60.00 hotel, leave alone a $30 something hotel! I am appalled that she had the audacity to even post the receipt! Same on you! I trust akothee’s side of the story! she ain’t a liar!

You are right but sometimes if you are a Hilton honors member,triple A and many other things than can apply..you can get a discount or a very good deal...another example if you are a sky team member and you have lots of miliage u can travel to kenya with very little money but shida Mtu ignorant ama fala atasema ulirogwa...hii dunia kweli..........

Holy cow, $42 room waoh, haiya socialite , celeb sleeps in such dingy joints .. Motels in my neck of the wood would not even cost this ....wuuuii 10x saa ingine it is good to keep your biz in privy , mama mia, yikes.... I thought Akothee swims in dollars showing her punani , what !

Where in the hell do you get a hotel(especially Fairfield Inn) for $39.00!!!!!!! Someone educate me here! No need to buy a house if hotels are that cheap in Minneapolis but as 10x put it.... if its too cheap think again.
Back to Sister S. Ondiko; next time you post stuff to make sure it makes sense. So you had your best friend aka Madamboss menyewe spend the night in a $42 hotel? REALLY!!
S. Ondiko, I strongly believe what MadamBoss said about you and your actions.
Gal, you so cheap I wonder where you live, if you were to invite me for dinner I will say no thanks!!!

Like it has been said, Google is your friend. Same hotel booking today (KING) will cost you $114. If someone knows how to spot a bargain, they know!!

I have done my homework very well and I have realized that Marriott Inn along Baltimore Street in Blaine is a decent facility. A simple search on Google map will real that the place is decent. It's not a your regular $30 motel. Let's be fair in our judgement and statement we spew out for people to read. The normal rate a night without discount for this facility is $114. Look it up! Then shut up.

S. Okinde is no damn an entertainment promoter! She’s a disorganized and a very insensitive fraud!

What! At my class i cant even sleep in such a motel.....madam boss was right about how you booked her a cheap lowclass hotel...hahahahha

What class do you belong to - or you are just creating a class of your own while you have none!? Akotheee got some good deal and did not want to use all her money staying in luxury hotels in American and return to Kenya empty handed. $40 is not a bad deal as long as the hotel had a roof on it and clean beddings.

So you slept in a $30 hotel, so what? Did anybody die? Silly argument. I don't see the news here!

This is a complimentary price

This is nonsense. Akothee claims to be loaded and travelled (she has a house in Switzerland), why didn't she pay for her own hotel. She can access these things online, no?. She was the one trying to raise funds...and is shown to have sought out S. Ondiko. Leave diaspora people out of the Kenyan foolishness.

There is nothing wrong with this hotel. Reviews range from 4.1 to 4.9. It's possible the guest expected a Four Seasons. In case google is not working where you are, here you go.

My thoughts exactly, coupled with credit card rewards and hotel membership points, and maybe she knows the manager, all one would pay is just tax.

Fairfield is not a cheap motel. It costs $100 plus a night. Poeple here have totally refused to use their brains and realize that she probably got a deal somewhere for $39. That being said it is not a cheap motel at all. I am supporting fairfield mariott and not this hulabaloo going on.

We have multiple comments based purely on hearsay and mixed with utter ignorance. Have the naysayers even heard of perks? A lot of idiots are so brainwashed with their blind idiologies that they fail to even glance past what is right there in their eyes. Madam boss was treated exceptionally well by the promoter. The promoter was treated well by the artist. The problem here that people do not seem to see is the role her manager played in all this. Female entrepreneurs are succumbed to the ferocious elements of disdain by their male counterparts. Akothee trusted her male manager to handle everything rather than her doing it herself when it all seemed like things were falling apart. The manager changed the agreements set down prior to the show and resorted to use his ego and try and control bother the artist and the promoter; both who are female. Shame on all of you females trying to derail the promoter without a slight comprehension of what it takes to organize such a mammoth event. Lady Akothee is a distinguished personnel who henceforth should in fact hire a female manager rather than allow greedy men to control her hard earned empire. Let's applause Sarah's efforts and instead focus on shunning such poor management.

Hard earned empire? You give Esther Akoth too much credit. All the players in this thing are not worth a dime

And yet somehow lady Akothee and lady Sarah's ring bells while yours continue to wallow in abject darkness.

You are all damn shit, yesssss If you work for the hotel or have family that works for such a hotel, you get special discounted family and employee rates. You are all soo short sighted.