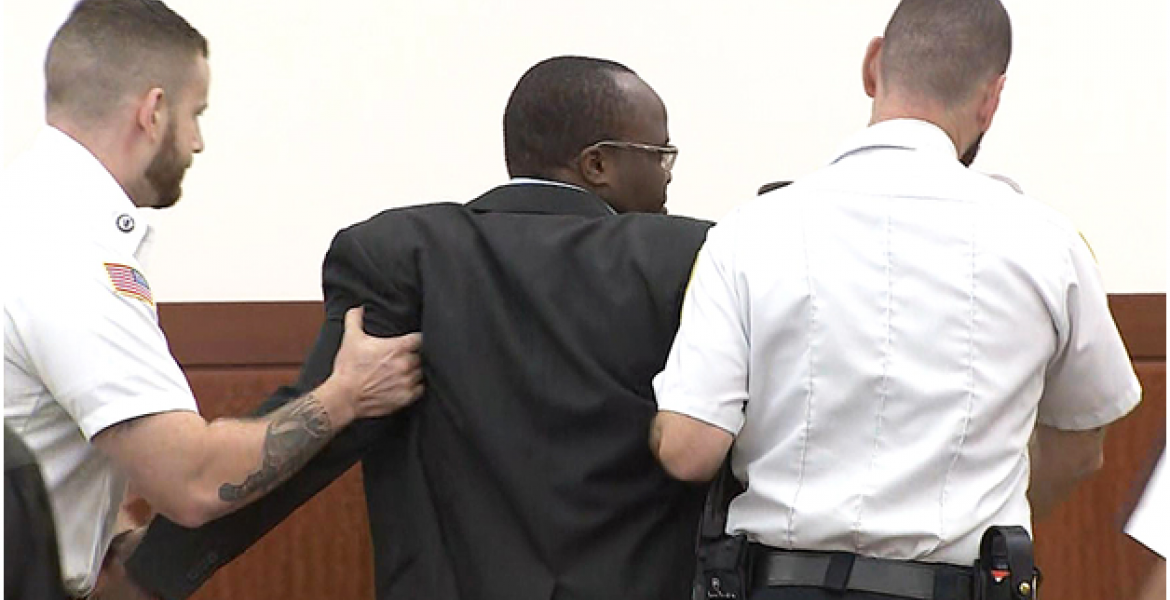 A Kenyan man on trial for manslaughter in Worcester, Massachusetts, was last week kicked out of court after he became unruly.

The judge ordered 33-year-old David Njuguna removed after he stood up to apologize and also criticize his attorneys and the US judicial system.

Njuguna, who allegedly killed Massachusetts state trooper Thomas L. Cardy in a car crash on the Massachusetts Turnpike in 2016, is on trial for manslaughter and motor vehicle homicide while driving under the influence of marijuana.

He became rowdy on the first day of trial forcing the judge to order court orderlies to remove him after he apologized but ignored the judge’s order to stop talking.

“There’s no need to go any further… “I’m very sorry for what happened.”

“I wanted to apologize for what happened but my attorney told me to wait and I’m very sorry your honor. I’ve been wanting to say that for a while,” Njuguna said amid being cautioned not to talk by the Worcester Superior Court judge.

Judge Janet Kenton told Njuguna she would not accept his confession as he was not under oath. She asked him to take time and meet privately with his attorney, Peter Ettenberg.

“I thought that I could trust the judicial system. It was an accident. Am really sorry. I just wanted you to know that I’m very sorry,” Njuguna kept on saying before the judge gave an order for his removal.

“Why are you people lying about everything? Oh my God, why are you lying?,” Njuguna yelled as he was escorted out of the court.

News yawa, this dude was not unruly. they just didn't want to hear him out. Huku si kwetu.

I think trouble began when he began castigating the US judicial system. An apology alone would have sufficed the court; even the day.

That was for context. @Jomo- the judge is in charge in her courtroom. You do what she asks or expect consequences. Jamaa got a new lawyer a day before verdict was read. I will guess he gets room and board courtesy of the people of MA for a while and then I hope he has kaploti lined up in Kenya if he isn't a citizen
https://www.nbcboston.com/news/local/Attorney-for-Defendant-in-State-Tr…

Rowdy? I was expecting to see him yelling and throwing tantrum, haya kama jomo amesema yawa huku si kwetu, I have seen worse. Why was this news ?