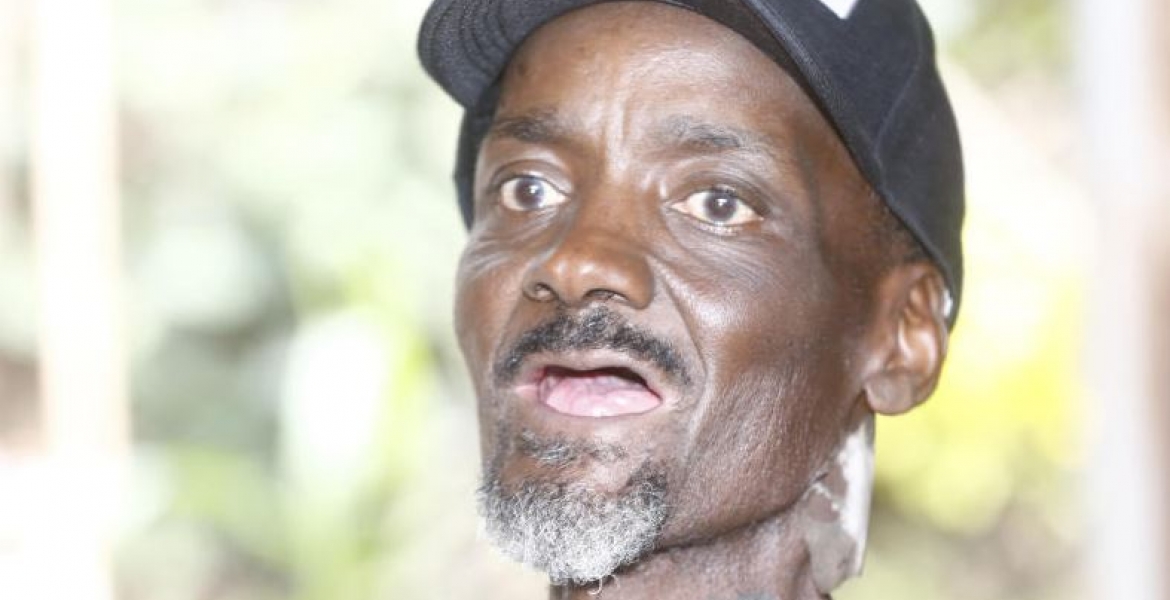 Aringo, a reformed addict, attended the prestigious Consolata Primary School in Nairobi before proceeding to St. Mary’s Yala, where he developed the habit of alcohol drinking.

After completing High School studies in Kenya, he moved to the United States to pursue a business administration course at Lona College in New York.

While studying in the US, his penchant for alcohol grew and soon transformed into a drug peddler in a bid to make more money.

“I became a dealer. I decided if I want to make more and use more, I needed to get into the business. And that’s where my downward spiral began,” Aringo said during a recent interview with KTN News.

His involvement in criminal activities put him on the radar of government authorities and did not take long before he was apprehended.

He was arraigned in court and later found guilty of drug-related charges, with the court slapping him with a 30-year prison sentence. He was however given an option of deportation which he opted for.

He came back to Kenya with nothing. “I had no money. I had nothing,” he notes.

Back home, he found it hard to stop his appetite for alcohol and drugs, and given that he returned with nothing, he could only afford cheap liquor. The consumption of cheap liquor eventually caused him throat cancer.

“The day we started noticing a swelling on his neck, we thought it was a sore throat. We never thought it would be cancer,” his wife Catherine Boyane, also a reformed drug addict, says.

The couple, who got married in May this year, is now living in a shanty sandwiched between high-end houses in a posh estate in Nakuru.

Presently, the only thing Aringo, who grew up in opulence, can show is a wall clock with his father’s name permanently inscribed on it.

Wow, from being raised in privileged life, to drugs/alcohol to throat cancer to living in a shanty sandwiched between high end houses in posh estate..Really ? life has way of humbling people

Eating Mali ya Uma has a curse attached to it. Beware, do not feed it to your family.

I dont know how old he was when he came here,but usually young Kenyans who come to the USA between the ages of 18-23 take advantage of the absence of watchful eyes of parents,and other concerned parties.Some quickly learn that they are on the wrong path and take corrective measures,and some disintegrate into what Peter turned out to be.
Probability of "disintegration increases drastically when one was already a"bad apple" in Kenya,so to speak. Peter exemplifies this.With availability of alcohol,and drugs in plenty,couples with stressful life in a foreign land,it does not take much for the vulnerable to collapse.
It is unfortunate what happened to this young man.Drug addiction is aterrible thing.Some recover on their own after hitting bottom,and others must seek professional help.
Unfortunately,it all comes down to personal decisions we make.Some have very destructive consequences.Some people are just too stubborn to take any advise,and others too weak to sustain the advise...I guess we live and learn.And when we die in the process, its alesson to others-hopefully.

I couldn’t say it better than you did. I am a testimony to this since I came to majuu when I just turned 19. It was a lot of peer pressure to have all that freedom and the fact that I had gone to boarding schools since class 5. Despite the surprising treatment I received from my host relatives in my first year, am just grateful I met the right people that steered me in the right direction. Unfortunately I have seen many that went the same path as this gentleman. My big advise to the young folks is to be true to yourself and stick to what brought you to majuu. No matter what anyone says, you can make it anywhere you decide to settle down just establish your network, career, abide by the law and never look down or look up to anyone.

@ Mos, Iam glad that you took corrective measures,plus listened to the advise of people in the know who had your best interest at heart.
It pains me to see africans, especially young Kenyans through away their lives by squandering opportunities this country offers.Sometime they regret when its too late.
Your gave avery good advise,"...stick to what brought you to Majuu".Always remind yourself why you are here.Iam sure all these Kenyans who are getting in trouble did not come here for that...

Always have a plan B.Kama angekuwa na tunyumba or tu shamba when he was deported angekuwa amejisort or angeuuza aendelee na madrugs zake??Yes mayb it's a curse brot from his father who may have bin involved in stealing public resources/money from kenyans.Bro we wish u all the best while u wait for yr gods?N for those many in diasporas such a story should teach u that diaspora sio kwa mamazenyu u can find yourself back home too anytime?Je utasurvive aje!!!Ur to blame for yr predicaments.

While addiction is a disease, we should avoid this very American habit of failing to accept responsibility for our choices. The problem was his path was always cleared for him so when he ran into a rough patch, he had no answers. I would bet that until he got to Iona college, his father's influence helped carve out a life of privilege with no consequences for poor choices and that consequence free life set him on his eventual path. We have all had to make choices. Choices do have consequences. He could have chosen not to begin drinking, not to continue drinking, not to take up hard drugs, not to become a dealer, go to rehab, swallow his pride and go back to Kenya when things became untenable. These were choices he chose to make or not make. And he has himself to thank for where he is. To his credit he owns up to his choices.

I can't remember when but I do remember someone named Aringo dying of cancer a couple of years back. He may have been related which means the cancer may run in the family rather than being caused by cheap liquor.

I used to admire your father deeply in those days! Some things do not make much sense - and this situation is just but one of them! All I can do is pray for your recovery in His Mighty name; Jesus!