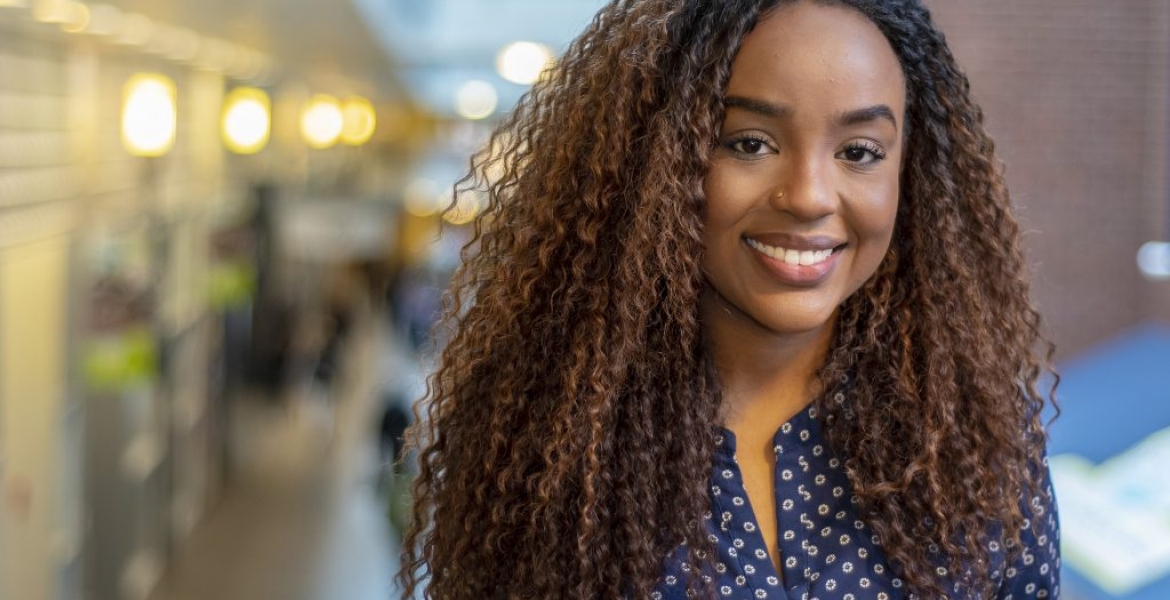 Wanjiku Gatheru, a Kenyan-American student has made history as the University of Connecticut’s first Rhodes Scholar.

Ms. Gatheru, 20 years old, is among 32 people from across the US who were elected to the American Rhodes Scholar Class of 2020 to continue their master's studies at the University of Oxford in the United Kingdom, according to Uconn Today.

Gatheru, alias Wawa, is a senior majoring in environmental studies with minors in global studies and urban and community studies.

“As I reflect on my journey, it is extremely clear to me that my accomplishments – my story – is not my own,” Gatheru said Sunday.

“I stand on the sturdy shoulders of the many people that have supported me along the way. My family, my mentors, and friends. The Rhodes application is particularly strenuous, with a total of eight letters of recommendation required. So I quite literally would have not been in this position if I didn’t have professors and mentors who believed in me. And I am so thankful for them.”

The Rhodes Scholar program, which is among the world’s most selective academic programs, boasts presidents, ambassadors, business leaders, and many other prominent Americans among its alumni.

Gatheru was a 2019 Truman Scholar and a 2019 Udall Scholar, the first student in the history of the University of Connecticut to win the two famous honors in the same year. During her time as a UConn student, she received several other plaudits including the McCullough Leadership award, the University’s highest student leadership award.

“Wawa is a rare talent who in her three years at UConn has built a legacy that will endure long after she has graduated,” UConn President Thomas C. Katsouleas said.

“She has demonstrated not only a superior intellect but a depth of character and unbridled energy that compels her to take action. In addition to being academically gifted, she has played a leading role on critical issues, including environmental sustainability, the inclusiveness of our environment, and food insecurity on our campuses and in our state.

“We are incredibly happy for her and so proud that she is a Husky!”

Gatheru and her group were selected from a pool of 963 applicants nominated by their colleges and universities. Rhodes applicants are selected based on academic excellence and ambition to make a strong difference in the world, among others.

Gatheru, who is also a singer, is the daughter of two Kenyan immigrants and grew up in Pomfret, Connecticut.

First off, mad props to this young lady. Graduated HS @ 16 and on her way. Brilliant and phenomenal she appears to be. I must say most diaspora children I have met so far seem remarkable but she is exceptional. On balance it appears diasporans do raise their children well. No need for plan B here.

I would have to assume.and correctly so that apart from her discipline and hard work,she hard a great support system.Now with this excellent foundation,as they say,the sky is the limit.congratulations.keep up the good work.You future looks bright.

Wanyiku, you make us all very proud and and thanks for giving Kenya another milestone.

Wacha wivu. You do not get to decide who is Kenyan. Why not just congratulate the young lady. It is a huge accomplishment for anyone to get a Rhodes scholarship!

Can't change DNA hypocrite, you should be happy for her shes setting a role model to look up to,...or maybe you are just jealous is not you or your kid.🤔

Wow hypocrite; you sure is a very damn hypocrite!!! Wow, this young lady deserves to be congratulated regardless of her citizenship background. She has so far accomplished great things at a young age and still has a lot of blessings coming to her from her Maker simply because she is a child of the most High God!! No body will receive her Heavenly blessings except her alone and all the God’s favor is in her path to achieve great success! I can’t really understand why “Hypocrite” you are very jealous about this beautiful lady’s academic success. Words have meaning and you don’t have to say something negative if you don’t have anything positive to say to Wawa! She is a good citizen of the world and she will be instrumental in charting a beautiful way to all those who will ever cross her paths - she has a very good success story to tell the world; especially to all the young girls working so very hard to effect the lives of women in this world. Wawa - be strong, trust in the most High God to guide you and to give you so many blessings of life in the midst of any challenge that may come your way. All in all Psalms 23 says it all. Be blessed Wawa as you venture out to do great things!!!

You must be a total looser! Keep cleaning diapers for the elderly as this young simply outstanding Was a boards her flight to Oxford. When she returns back to the USA or selects on her own from the myriads of options looking at her you still will be changing them diapers for the next elderly.

Congratulations wawa! All the best in your studies. You indeed make us proud!

You have done well Wawa.Keep going for the best and nothing should stop you.
Sky is the limit
Make us all proud of you

she is not kenya

Of course she doesn't look like a map of kenya,or does she, what do you look like,planet earth or Africa???,....ooh wait I have no prove to determine that or otherwise. I will get back to you on that when I find it. I suggest you do the same,for your claim maskanot.

Forgive the hypocrite remember the Islarites who were sent to check the Land theY were going to occupy some were brave to tell the truth others were discouraging the people so those discouragers still have their desendance among us ignore them as the Isralites did.CONGRATULATIONS WANJIKO.

Congratulations Wawa. Proudly walk with your shoulders prompt ☝. Find a moment not only to celebrate your journey but to challenge and be a role model to many young girls who place limits on themselves!