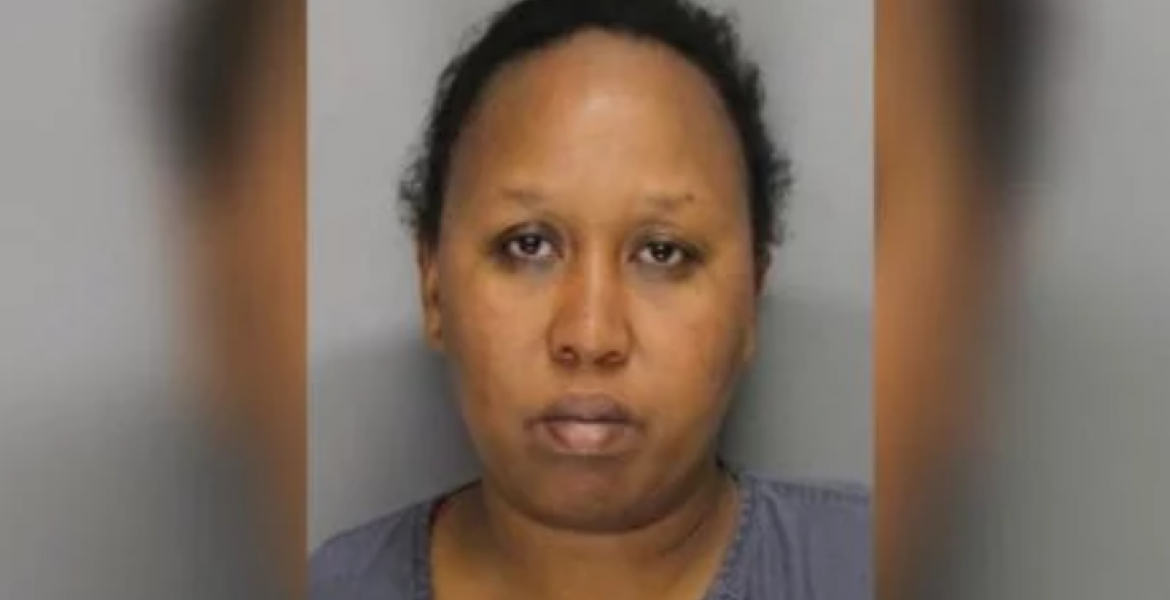 A Kenyan woman allegedly offered a bribe to Cobb County police officers who were seeking to arrest her after driving drunk and crashing her car. The crash broke her daughter’s left collarbone.

41-year-old Rachel Michuki of Kennesaw, Georgia was arrested on Wednesday last week after crashing into another vehicle on George Busbee Parkway, according to Atlanta Journal-Constitution (AJC).

Officers who arrested Ms. Michuki said she had bloodshot and watery eyes when they arrived at the scene between 9:20 am and 9:50 am. Ms. Michuki, who insisted that she was not drunk that morning but had a few drinks the previous night, failed an alcohol test at the scene.

She allegedly offered cash to an officer in exchange for not being arrested, telling the second officer that the first officer “can’t do it alone,” Cobb County arrest warrants read. The crash left Rachel’s daughter collarbone broken while the mother injured her leg.

Ms. Michuki was booked into the Cobb County jail on charges of bribery, serious injury by vehicle, DUI and failure to yield, according to records. She was released the following day on an $8,470 bond.

So sad, and why is this behavior becoming a trend among ladies? Not stereotyping but back in the day we never had this problem. Freedom to choose what one feels like doing is landing most people in trouble. And once you are drunk you're impaired and cannot make a sensible decision, like the above case. She drinks, does not remember the time she got drunk, then gets in a car the next morning with a daughter and ends up breaking her clavicle. Tujichunguze tafadhali and think about our precious lives. I have never tested alcohol/wine and I do not care about any kind of substance.Lets take care of our health and be mindful of our children.

Some women of today (especially the Full-figured ones) drink like fish. You compete with them and you drown. You cant beat them.

It’s impossible to comprehend what she was thinking, there are so many modern convenient means of transport she could opted for and she chose to be behind the wheels drunk.

Many of us have Drunk and driven but Lucky we were not caught. So may God have Mercy on her for Panicking and offering Bribe before thinking 2wice). Ngai akurathime.🙏

Hahaha @Maxiley you are spot on!

Many many of us have driven drunk and were lucky enough to have never injured ourselves or someone else. Glad I quit for good a few years ago.

@ Nani, Iam glad that you quite after probably realizing that alcohol is not helping you,but its posing apotential threat to your finances, health of others,and probably yours,since you will not drive drunk.
Unfortunately,its not only alcohol that would cause traffic accidents. Cell phones, smoking you know what,prescription drugs.
Point being, as much as we play our part to safeguard our well being and that of others,those who to not do same pose same risk to us. We many not drink by be struck by a drunk driver.
Yes Iam mindful that the less there are drunk drivers on the road the less the probability of more accidents. But it takes only one accident to ruin ones life.And we all hope that ,that one accident does not involve us.
Yes we should all play out parts to reduce accidents,0r avoid them.
And I dont agree with those who say "when one dies in an accident their day has come". Well would that day still come if there was no accident.See if Iam to die tomorrow, it should not matter whether Iam home,working,playing,dancing when my day comes, I check out.I dont believe that.Accidents cannot be considered as atool to achieve apredestined date of someone checking out. My two cents.

What a consolation to yourself and to Michuki! Bad habits don’t stop easy.

The price of drunk driving is quite expensive simply because the drunk driver never thinks of those to be hurt in an accident!

No one should ever get behind the wheel while inebriated. There is no excuse for such a behavior whatsoever!

She needs to take responsibility and be accountable for the accident. I did not know they sell Muratina in the wee hours in America. But then the bribing of the cops!? Wow, pretty sad!

@ Mugikuyu, Iam assuming that someone did not use the same user name"Guest1" But what a turn around!May be its her new year resolution...or the spirit of the holidays.

Listen Maxiley. It's not wine; it's the truth. All in all: I have drunk before; and I still do albeit carefully.

In her defense, she was drunk, the soil was red, she got confused and thought she was in Muranga and kitu kidogo seemed appropriate. kitu cha aina hii ni kawaida Kenya

I always see this with Kikuyu Women in America. They seem to have more 'balls' than the men. And I don't mean it in a positive way.

It's is a "Wangu wa Makeri" mentality. They go to the US and soon begin to Rule, Control and Dump the men that Sacrificed to take them there. Thus stupidity to Regret, Depression, and then Alcohol adiction.

I doubt that stupidity of this sort is specific to any group. I suppose "tribe" trumps all in certain minds

The best thing for her (Ms. Michuki) is she will never drive for a long time, serve time in jail and lose custody of her children. What a wasted life for 3 cans of bud-w(the mountain is calling) or wherever she ingested or inhaled! Wapi maspastor!

She will have her child taken away by the state. Sad for all parties involved

So much for being ‘independent women’

Right on. Check "Mshamba Marekani" on YouTube to learn more about Kenyan women in the US.

So sad! Must be having a lot going on! 9:00am and drunk driving with a kid in the car! This is a
Serious cry for help! Praying that she gets help!

Well said, I wish the kid will get well soon and the mother gets some help.

Hi, call her for a chat! It may help since the father of the child is AWOL! or an accomplice in her state of drunk ness!

Our brothers and sisters from the mother country are committing these crime on weekly basis. I do not drink but most of my friends drink alot then get on the wheel all the time. I see this all the time. We are abusing alchohol at an alarming rate. It is scandalous and very dangerous what is going on.

Sad that alcohol caused this mess. I have to say actually alcohol is not the issue here, please don’t be blinded. I drink occasionally and have my favorite brands at home and alcohol hasn’t been an issue. Why you drink it and how you drink it determines the aftermath. Unfortunately when I hangout with my fellow Kenyans I see abuse of alcohol by over drinking just cause it’s Weekend, football season and even Kid’s birthday. It all boils down to self control, which I think a lot of people trapped in alcohol abuse are lacking. If you can’t control how much you drink which is about 2-3 drinks, and drink it occasionally then it’s best to not drink it otherwise these will happen: hangovers, foggy brain, sleeplessness from low melatonin, unhealthy lifestyle from poor judgement, poor diet. All these could equate to aging fast, diseases due to weak immune system, inconsistency of keeping a job and law violations like DUI. At the end of the day, THE CHOICE IS YOURS!

Wow, you Kenya boys have such pretty good looking dames in America! Is it due to stress or this is how they all look there? Surely really - very nice.

Buy her a ticket and bring her back to Kenya for a dowry payment of $100,000 and then have a classic wedding in Karen! Just make sure you let us in the feast hoping we don’t vomit!

You can really take a monkey out of the bush but you can hardly get the bush out of a monkey’s head!

Keep on throwing stones at this innocent looking young mother. You have no clue what our ladies are going through in this America ranging from jobs and relationships. May she get over this mess and get her life back. That is my prayer.