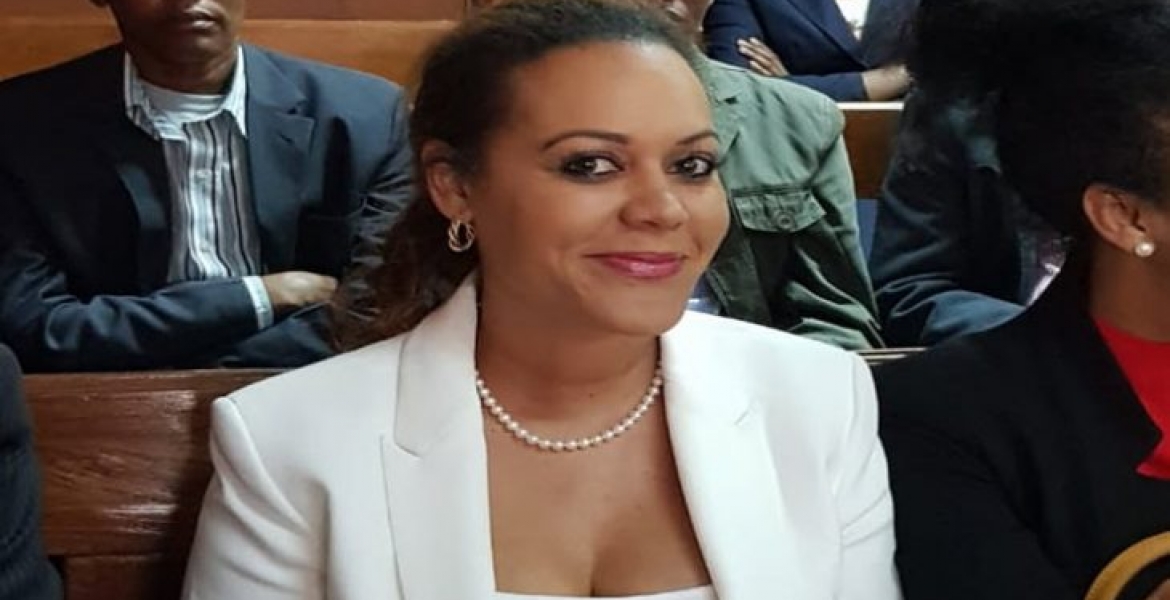 The move comes barely two weeks after the High Court ruled that Mwende cannot be forced to renounce her United States citizenship so as to take up the post.

In a ruling dated November 14th, Justice James Makau noted that an ambassador is not a State officer, but a public officer and hence is not required by law to renounce one of his or her citizenship. Justice Makau also ruled that even if the petitioner [Mwende] was appointed to a state office, she is protected under Article 78 of the Constitution.

The Committee on Implementation of House Resolution has asked MPs to quash their earlier decision approving the nomination of Mwende. MPs had approved her nomination to the position in June but on condition that she relinquishes her US citizenship in line with the Constitution.

“The committee recommends that the House rejects the appointment of Ms. Mwinzi as Kenya’s ambassador to Seoul, South Korea,” Moitalel Ole Kenta, said in a report tabled in Parliament on Tuesday.

MPs cited section 31(1) of the Leadership and Integrity Act, which bars persons with dual citizenship from holding State offices unless they renounce one. The House is expected to approve the report before it goes for Christmas recess. Mwende was nominated to the position by President Kenyatta on May 2nd.

These Mpigs need to tackle their own corruption first. Nonsensical bastards.

Wella!Wella! It started with Kanze & now it's Mwinzi! I must admit the boy has a good taste too! Anyway, about our constitution, did you know that our laws have been put up to correct the poor law breakers only? It doesn't apply to the rich! That's why we see the fat pigs stealing, killing,raping,getting favours & still get away with it! Otherwise show me one rich pig who has been charged in our courts & lived to serve his sentence in our jails!

The Kenyan MPs are a living example of the reason(s) the entire Africa never makes progress! They have the time to waste on non- issue matters while the pressing people’s business such as dealing with corruption, finding ways to provide clean water to every household, food quality management, maternal health, etc go unattended. They are only interested on petty issues to overshadow their corrupt DNA. Anyone would really hate to be exposed the gullible MPs for whatever reason to be fair in their judgment!!

The Law should apply equally to all. If you don't like it, then you have the power to change it. Applying it selectively means that it serves no purpose, and there is no difference, even if it does not even exist.

She does not qualify for the post.There are more deserving Kenyans.It is not her fault she was not born in Kenya however no one chooses where they were born no special treatment and finally it is not that she really needs the job she is just creating a fracas .This time I support the MPIGS.If UK wants to surround himself with manslaughter queens and side dishes he can employ her for some dumb job like head of charitable donations in Ukambani or beauty ambassador to Parliament or just invent some role to have her hang around she seems to like to be seen with MPS furthermore she ran for an elective post and lost why does she deserve to be nominated.

I can see a powerful politician's head sticking out of her beautifully and wonderfully made cleavage! Its almost Twa, Twa moment mpigs approve haraka twa twa ianzee!