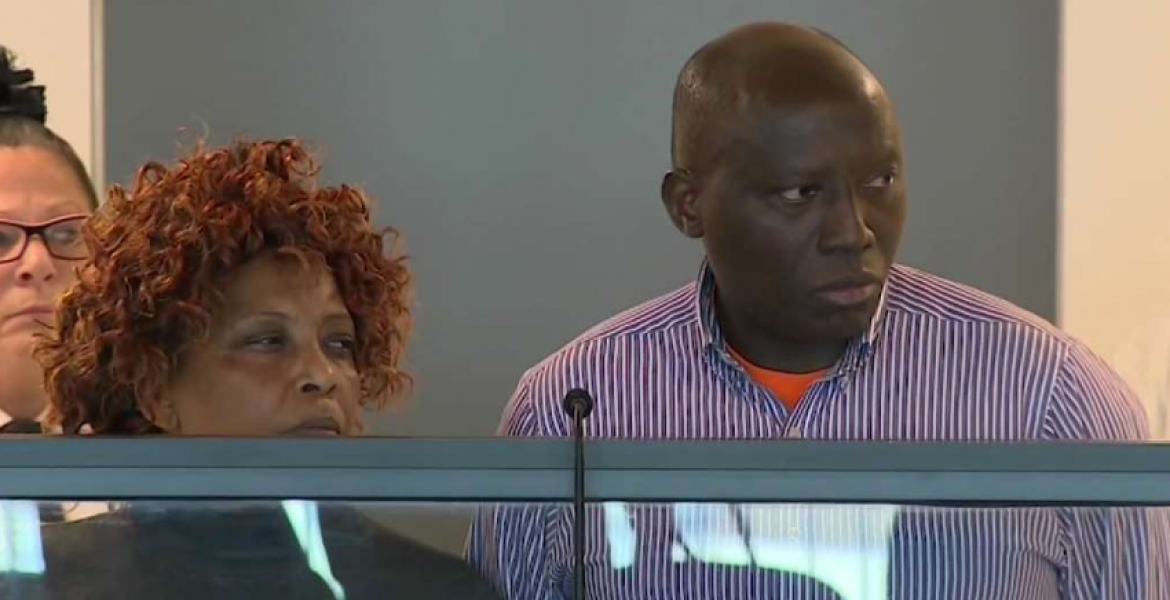 A US-based Kenyan couple was on Thursday arrested over allegations of engaging in a Medicaid fraud scheme that involved exploiting homeless people.

John Wachira, 52, and 60-year-old Joanne Wachira of Chelmsford, Massachusetts were arraigned before Middlesex Superior Court where they were charged with Medicaid false claims, larceny over $1,200 and Medicaid kickbacks, Attorney-General Maura Healey’s office said in a statement. The two pleaded not guilty to the charges leveled against them.

The Wachiras, who operate Petra Health Care, a home healthcare company that provides in-home services to patients, are said to have recruited at least 10 people to live in their house for free but required them to be MassHealth members. The recruitment happened in the period between July 2015 and December 2017, according to the statement from AG’s office.

The people in the house were allegedly required to sign up to receive Petra’s home health care services as well as false timesheets showing they were receiving certain services such as bathing and medication reminders, the AG office added.

The couple and Petra went ahead to bill MassHealth for those services even though they were not provided. As a result of the fraudulent scheme, John and Joanne obtained $543,542.19 from MassHealth.

This is not the first time the Wachiras are being investigated by the Attorney General’s Office. Last year, the couple was ordered to pay over $200,000 in restitution and penalties to resolve allegations that they neglected to pay their staff for overtime and travel.

@Guest 1,I am beginning to think that these luhya men like sharing.Nothing wrong with sharing so long as it is done in good faith,and by consenting adults.
If you are a real lady,and not an intersex,you have to agree with me that most women love compliments from men,especially if their men do not compliment them,and tell them how beautiful,and attractive they are. Men are hunters. If they smell a prey,they will jump on it-traslation,this would not happen if married women you mention do not act as single,unmarried women.
You have been yapping about this kunyemenlea inTexas for along time.Were you avictim?
You are a christian,right? and you believe your God can solve human problems right? Then why dont you ask your God to stop the Luhya men from going after other men's wives?Its that simple,unless you think if he does not answer they way you want may be he does not see aproblem with it...

Why do you keep repeating this story ya kunyemelea Wake za Wenyewe? Was it your wife? If so, you have to find out your shortcomings in marriage.if not count your losses and move on. The issue here is that you sound like a broken record.

You belong to Hell. Meanwhile: You count your Profits from nyemelearing other people's wives. Good riddance in Due time!

@Kenny. Are you the Kenneth Osore Guest1 mentioned among the 12 Luhya devils. If you're, then you just made a fool for Guest1. So if I were Gest1, I wouldn't argue with you (fool!).

Dsgstd. Ask Kenny to tell you How his Cousin Josphat's phone# (in OKcity, OKl) maliciously got in Possession of Sherri in MOcity, Txs when her husband was away in Kenya in 2014.

No! Wachira, Kamau and crew! Wacheni kuiba please! This is getting ugly! Why not do business genuinely and earn your money square and fair! Why! Why!

@kibweno - Those you have mentioned are trying to catch up with Ruto, Sudi, Murkomen of your community who steal billions of shillings allocated to build dams so that poor kales can get a drop of water to survive. So when you support your thiefing corrupt Ruto, remember what he is doing is spreading like a bush fire 🔥 in the Hamatan to every other Kenyan whose moral values are lose and can be easily influenced by greed? Tell your Ruto to stop the madness!

Please do not try.....earn your genuine living.

Good god. Corruption everything. Earn your money the right way. I don't have any sympathy for people bent on medical fraud. These are the worst kind. I hope they get what they deserve. Fraudsters. Stop bringing your corrupt schemes to the USA.

It is what they were exposed to.That is why it is wise to widen your horizons once you get a nursing or cna license or even take a break from looking after crazies in group homes.Change jobs stop seeing Medicare fraud as your way to riches

At least Medicare have the resources to fight back! Corruption in America will take thieves down very quickly. And hopefully when the big baba in DC finds out, he will put them in C5 cargo plane and drop them to Nairobi unannounced!

The sad thing is that the faithfuls who blindly follow and give the self serving preachers like Ng’ang’a do not know any better; and do not have anyone to fight for them here on earth! Ng’ang’a only takes notes but not coins to get rich quicker.

The problem with these Gikuyu folks is the nasty appetite for money and the burning desire to get rich quick schemes that are self serving! What good is it for you to ruin your life in a foreign country by stealing what isnt rightfully yours? You have put others who are working hard at risk of constant scrutiny. You bring to the US the bad behaviors you acquired in Kenya and now you are heading to jail at the prime of your life? Worse still both of you are pastors? I have no sympathy for you! Go to jail and serve your time; and maybe you will learn something!

You marry a woman Older than you, and you've married a Wangu wa Makeri to become her Waru. You've gotten yourself in big Shit; she will Rule you, Manipulate you, Ride on you, and Mangle your life into her Mukimo.

When one reduces themselves to stereotypes and hate, then you equate such people groups Ultra right, KKK, etc!

@guest1 - ya - don’t celebrate this one too fast - we all know what your similar women do to you - burry you alive with your head first and then call the witches to celebrating you slow passing! Wrong is wrong no matter who does it! You are probably sitting a heavy can of worms waiting to devour you up any second now!?

Most people who think and claim to be clean like me and you would fall into the trap if we are baited with big money and other luxuries. Let us pray for the Wachiras and not dare to through the First Stone. They are undergoing a very difficult time and they have killed nobody. Just claiming a little more than they should.

@Maina; I will hire you as my BUTLER! $60k Canadian/yr.
Will also teach you that Kales are learned, work hard and earn a living righteously! Magende ya punda!

So sorry to read some of your nonsense commentaries. The couple was involved in a very deliberate con game. They were not getting a" little more than they should" as claimed above. Total bullshit. A thief is a thief. The couple were caught doing the same con-game before. Some of us want to point out that the couple did not kill anybody. So that is the low bar you want us to emulate. Shame on you. As a father you have no moral values. Lead by examples. Corrupt minds are everywhere you look. We can do better. This crime has tons of victims. you can chase the might dollar the right way.