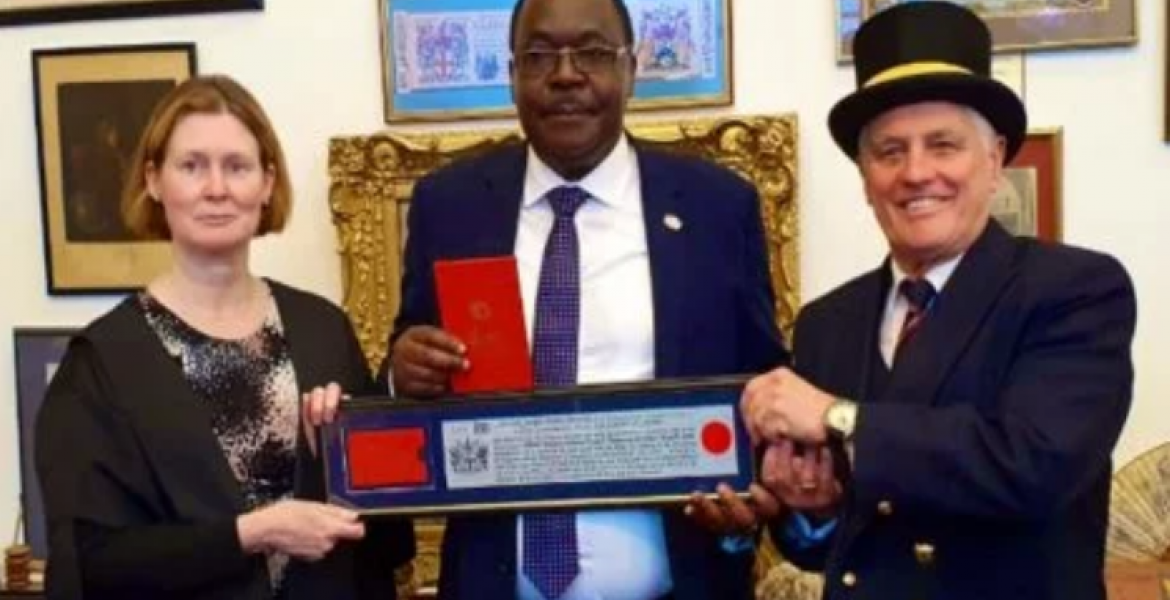 Kenyan national, Juvenal Shiundu has been honored with the Freedom of the City of London award in recognition of his work at the International Maritime Organization (IMO).

Shiundu is the Director of Technical Cooperation Division at IMO, a specialized agency of the United Nations headquartered in London and is responsible for regulating shipping. He is set to retire from the IMO on December 31st, 2019, after rising through the ranks to his current position over a period of 22 years.

The award, given by the City of London Corporation, dates back to the 13th century and has since developed into an honor bestowed upon individuals who make an impact in the financial hub of London, referred to as the City or the Square Mile. The 'Freedom of the City of London' is believed to have begun in 1237 and enabled recipients to carry out their trade.

The award is mainly given to royalty, heads of state, or figures of genuine global standing. The awarding ceremony takes place in Guildhall in the presence of the Common Council and the Lord Mayor, Sheriffs, and Aldermen, along with invited guests.

Shiundu joins a list of distinguished world leaders and individuals who have received that award in the past including former South African President the late Nelson Mandela, Archbishop Desmond Tutu, the late Princess Diana, former British Prime Minister the late Winston Churchill, and former US President Theodore Roosevelt.