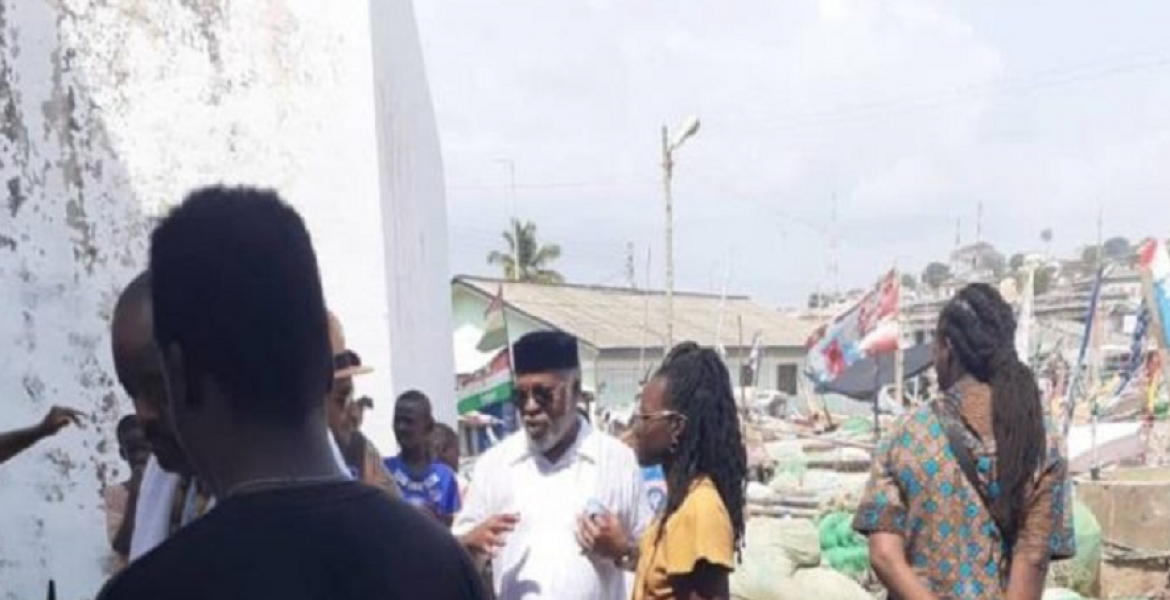 Kenyan-Mexican actress Lupita Nyong’o is currently on a private tour to Ghana as part of the on-going ‘Year of Return’ campaign.

Lupita, an Oscar Award winner, reportedly arrived in Ghana incognito to avoid the usual rousing welcome given to other celebrities who land at Kotoka International Airport and pass by the Year of Return secretariat.

Lupita was spotted visiting the Cape Coast Castle in Central Region, according to a photo sighted by YEN.com.gh.  Zionflelix reported that the 37-year-old Hollywood actress and her crew will stay in Ghana for a while to enjoy the beautiful places.

The “Year of Return” is a year-long event of the return of the descendants of the first enslaved Africans from James Town in Accra to James town in Virginia in the United States of America (USA). This year, Ghana’s economy has received a total of $ 1.9 billion through activities related to the “Year of Return” program.

Ghana’s Minister of Tourism, Arts and Culture, Barbara Oteng-Gyasi, said the “Year of Return” program had led to an increase in the number of tourists to over 750,000.