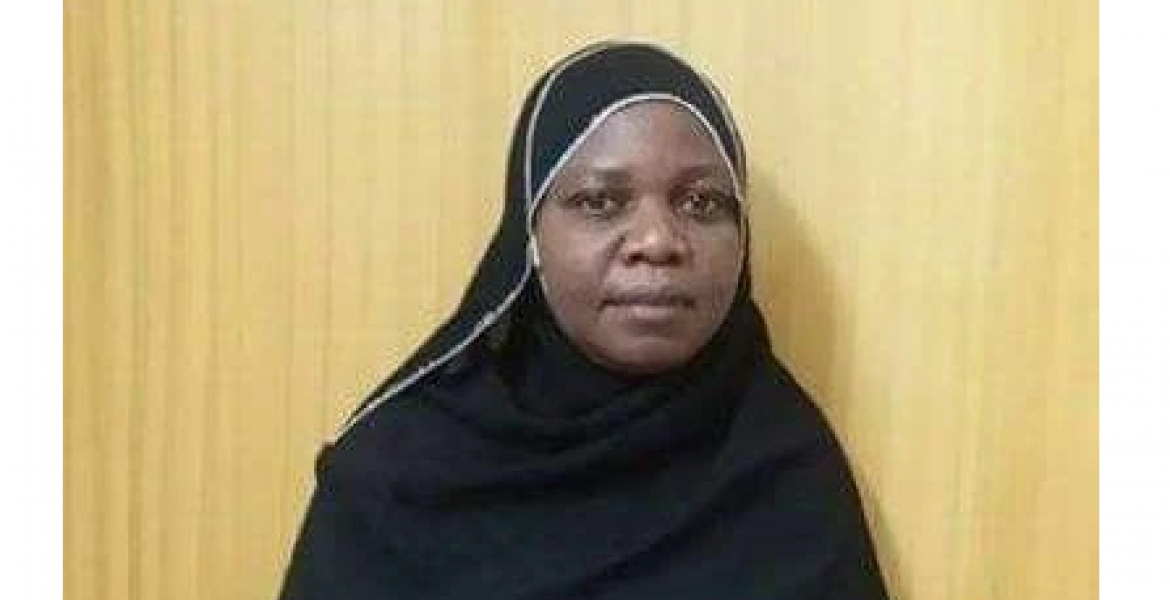 A Kenyan woman working in Iraq passed away on Friday in a reported case of negligence by her agent.

Ruth Omungala, who has been working as a domestic worker in Iraq for the past one year, allegedly faced physical abuse and malnutrition from her employer, which led to a decline in her health, according to reports.

She requested her agent in Iraq for medical care which was poorly served and her condition continued to deteriorate each day. Ruth’s final request was to be flown back home but the agent identified only as Ali said this would happen after Christmas.

Her compatriots at the office said Ruth was complaining of severe abdominal pains and her condition got worse on Friday before she died. Her agent took no action despite being informed that she was severely vomiting.

A photo showing a debilitated Ruth in the last minutes of her life was shared in a WhatsApp group. 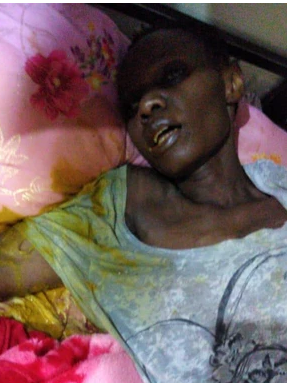 The Ishmaelites: The Slave masters that some Insane greedy Kenyans are selling their Joseph and Josephines to. So sad.😭

Kenyan leaders, stop corruption and theft. Develop the country so that our girls don’t have to go to these Arab countries to be enslaved or killed.

Poleni sana. Yes there are problems in Kenya but I do not understand why these girls go to Iraq of all the places. In Kenya maids are treated better and if you do not like it you can quit anytime and go to another house.

Muslims who are on this forum,could you please tell me if its true that Islam says kill all kafirs,and islam is the only true religion,and Mohammed is the only prophet?
And that muslims are allowed to mistreat slave... I have heard this is what the Koran preaches.Sorry Iam not interested in reading the Koran to find what is in it. But what I have asked is not new.I ask this questions because our sisters and brothers should know what to expect when going to this Islamic places.
But religion aside. How could ahuman being be treated worse than a wild animal,unless the perpetrator does not think that they are human beings...

Just burn all the agents offices.They are said to be located in a certain part of Nairobi
A certain tribe known to be conspiring with these former slave traders only understand one language.Their greed for money knows no bounds.The only good Arab is 6 feet under why do these cowards come all the way to Kenya to recruit .Do they think Kenyan lives do not matter. Fat lazy bastards need to clean their own houses and raise their bratty kids.Human trafficking is real and not just women being recruited as sluts this woman deserves justice instead of selling herself she worked and was hoping to get paid not tortured and left for dead in a foreign land.Meanwhile mpigs are busy handing out Christmas stolen from the very same people they are pretending to help.

I know people keep on saying why did she go to work abroad people please understand the Kenyan economy is despicable and people are desperate to make a living and have no Choice. There are no jobs in Kenya. I feel truly sorry for what happened. Arabs are really cruel people. Its unbelievable

@ Maxiley., there are no teachings in the holy Quran advising Muslims to kill any none Muslims. Whatever this girl went through subhana allah May allah be witness that whoever mistreated her will suffer mul-qiyam.

@ Omar, thanks for answering. Like I said I have heard this brought forth.I watched this video by ,I believe the name is Ayaan Hirsi,and she had become an apostate after having been raised aMuslim most of her life.And to make things worse,all these terrorists kill people in the name of Allah.I take it that you are aKenyan.If you are and follow what is going on,Iam sure you have read about Alshabab terrorists separating christians from muslims and then killing the christians.What do you make of that when they use Allah to commit such astrocities.You dont see any religion doing that now days except Islam.WHY?

The blood of this poor, now dead Kenyan and many others like her is on all of you who have played a part in the mass corruption / plunder that has impoverished our country forcing our young people to travel far and wide into danger to seek a living. If you have stolen, played a part in messing up the country so that it’s become economically uninhabitable for some like Ruth Omungala, may her innocent blood and that of others like her be on you and your descendants - karma is real, MTALIPA
I have suffered greatly after I decided not to bribe or steal public resources in any way (you cannot bribe me so let us not go there) and I call upon fellow Kenyans to carry the cross. It’s tough - it means you’ll not get your way even when you’ve done all the right things and life will be tough. But I and a few others have started this treacherous journey hoping and knowing that the destination is far far much better than where we are

@ maxiley., kindly let’s not generalize “Islam or Muslims” doing certain things. It’s particular radicals and individuals who interparate our faith different just like some Christians or other people from different faith do. I am yet to become an Islamic scholar. Inshallah. Our teachings are heavily grounded in hadiths from several swahabas (May peace be upon them) and Quran. Inshallah we are forming our Islamic East African community in Metropolitan DMV and you will be more than welcome to participate in maulidi, Ramadan and other festivals to learn and celebrate with us. Inshallah

@Omar, I respect all religions,and I will not generalize. I have alot of good muslim friends,but we do not talk about religion as you know this to topic is sensitive.All I said is that why to these so called muslim terrorists invoke the name of Allah,when committing astrocities?Iam sure you dont like that,as I do.I do not condone violence of any kind especially when the source claim that its for God's course.
Iam not religious but I look at human beings as afamily,and that we all want same things,and that if freedom of expression, good life,and health to mention afew.
And I thank you for sharing with me what you know,and acknowledging that you are still seeking more knowledge about your faith.Its through this kind of interactions that we understand each other. Hard questions have to be asked,from all sides