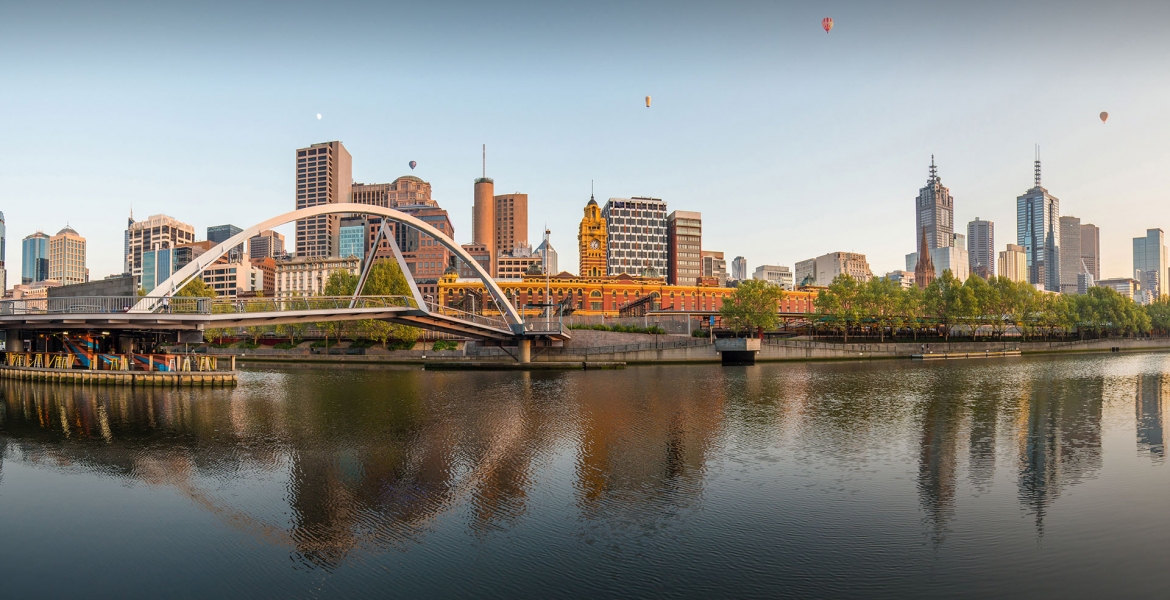 African families living in Australia, including Kenyans, have reportedly resorted to sending their kids back to their motherlands due to their involvement in gang violence.

African parents feel this will help the children learn discipline and respect, according to a report by British publication, the Daily Mail. Achol Marial, the vice-chairperson of South Sudanese Community Association Victoria told the Herald Sun that powerless parents felt they had no choice but to send their kids back home.

She indicated that families from South Sudan, Uganda and Kenya were among those repatriating their children to Africa to learn discipline and respect.

“They’re resorting to taking their kids to boarding school. And to be cared for by their grandparents back home. It’s seen as a retreat. It’s like a time-out,” she stated.

She added that most African parents feared that their kids could be swept up by gang violence in Melbourne. Marial noted that she was aware of at least six families who have made the move, including parents to a girl who was going to parties with the wrong crowd.

“Things are stricter back home. There’s no drinking or substance abuse. The schools are quite harsh. The kids have to perform well,” she explained.

There are gangs in Kenya too. Drugs ni mob sana Kenya this is not the Kenya of 80s & 70s. Hata ushago kuna drugs & gangs.

These are weak and irresponsible parents! When you were getting cozy and having sex, did you think of the outcome? Who said Kenya is good to raise kids with good discipline? The same behavior Kenyans have at home where kids as young as 5yrs old are dumped in a boarding school; ati its good for them! Really! You guys are dumb as F--k!!

Hold your Pace and Peace Mr. Kibowen. Look:
1. The #1 problem in most Diadpora is that "Do not Touch, do not Spank your Kids no matter How they Misbehave or Rude and Run around.
2. Due high Job demand Parents (to make Ends meat), these parents do Not have Time to Watch over their Kids. And the Revolving door (of To-and-From work) becomes the Focus of Parents than their Kids.
3. Some religious Parents in Diaspora expect Church to raise their Kids. And here is where "Nice" kid Hypocrisy kicks in (until it's too late).
4. Just because Kids are making As and A+s in School deceives some Parents to believe all is good well for their Kids in Diadpora. And so they let Grades raise their Kids instead of them Parents.
5. Diaspora kid's Eating and Drinking habits are a Disaster. And I blame it on Parents who Frequent their Kids to Restaurants full of Genetically modified foods full of Steroids (fattening their Kids' rude attitudes).
6. Some Kenyan Diaspora parents love love their DRINK and PARTING than being around their Kids. And "Pants akiondoka, Panya hutawala."
7. I have to Mention those Parents that not only Pile abd Drink lots of Wine and Strong drinks in their homes (so accessible to their Naive kids). Before you know it, Kids are IRREVETSIBLE overnight Drug and Alcohol addicts (even even Far more than their Diaspora parents, Far and Far more than their Chang'aa, Busaa, Muratina, Kiraiko, Tubaku, and Bangi grandparents back in Kenya).

Wacha ujinga, switch the word diaspora with Kenyan and all your points are mostly valid in the US or Kenya. Empathy and perspective taking are important life skills to learn before mdomo kuropokwa na kunyamba hadharani. Atleast you'll understand why your farts smell good to you but not to anybody else.

I know quite a few children born and raised here in the 🇺🇸 and most are well adjusted and doing well both in school and in life. As in Kenya, some will choose the wrong path. As for diet, unfortunately everything in the US is overloaded with sugar. Your job as a parent is to teach and guide and help them make good decisions. I have no empirical evidence to cite but my observations say alcohol is more of a problem in Kenya. I would bet if you did a survey, the percentage of Kenyans who die from from alcohol related deaths including drunk driving is way higher than their counterparts majuu

I am in USA and I was praying God for my son to be sent home by homeland security because of drinking too much, and surely they did. Now he is a married man with children and because of an exposure of this country he is doing fine.

Rose, please clarify. Did he change for the better and become more responsible when he went back to Kenya?

I get it, you didn't want the guilt of calling immigra on your son. Not condemning your prayers but waiting for God in this case was like getting sick and waiting for a miracle instead of running to the hospital and praying from there. You've to be proactive and pray at the same time. You're lucky things worked out fine and he's not languishing in an american prison for a drunk driving offense.
This idea of 'mungu tasaidia' and 'turn the other cheek' is the biggest con job by Whitey on black people all over the world.

Maybe you are not parenting chasing the almighty dollar. My children are perfectly behaved . Y'all need to parent and stop blaming society for it ! I have met many Kenyan parents whose job is to chase $$$ completely ignoring the welfare of their children. wacheni ku blame USA

Kenya is much better, you won't understand unless you face the challenges.

When people stop chasing $$ and parent, maybe this would not be happening. I see many Kenyan parents across the spectrum too engrossed in "making it" and have completely neglected their children. You have to be there 101% for your kids, there is no way out and TV and other gadgets will not do parenting for you. Na kupigia watoto makerere - Americans kids are different breed and you cannot parent them your own African parents style.Hiyo tuu.

@ Guest1 well said.The harsh reality is that ,if you are not ready to have children, dont. They demand alot of attention,especially during the formative years.There is the time parents have to inculcate discipline and good manners.Agood foundation on morals,good behaviour,and respect for others during this period is paramount.That is if you want to give your children a good start in life. Toys,and other expensive presents cannot replace the "human touch" from parents.
And most importantly, be aware at all time of your childrens whereabouts,and who they are hanging with.
Yes you cannot raise your kids in America as you would in Kenya. Totally adifferent environment.You will feel like slapping your kid when mouthing you back,but think twice.Find out where the kid to that behaviour.Rule the kids you are the parents. Dont let them rule you.

How will sending them back home help when people in most urban areas have difficulty controlling their own children? Back in the village the grandparents are too old and too 'outdated' to know what to do with those westernised children. Parents should just learn how to tame their children within the context of their domicile. Bringing them here won't help.

@ Guest1 seems uliishi huko diaspora ..how you know stocking and piling drinks smh...i hope and pray if you have kids they turned out ok. Raising kids in two conflicting cultures is tough..some of these kids you cant even blame the parents... will just leave it like that..thats all i can say

You May perfectly pen your advise here. But whe you have kids in the diaspora , thats when you'll realise vitu kwa ground ni different. Its a matter of spiritual intervention, rather not repatriation 🙏🙏

Parents who have been raised in a boarding school system repeat the idea.

Parents have become emotionally unavailable and thus children are driven to outsource for acceptance and validation in everything else that is available.

For instance, alcohol, drugs, poor relationships. Children crave for parental guidance and company however parents have interpreted these demands as material and have sought to satiate them with their absence in such for material.

I observed one thing when I came to the US back in the 80s that Americans were busy making $$ and paying off college fund for their children, however lost the student in the process of making their life easier!

Each family is unique and parents have to learn what will work for their individual family unit in order to strongly build their children, psychologically, academically & economically to substantiate their future and not settle for easy!

I can confidently state this because I have lived overseas for more than 30+ and raised now my 2adult daughters. I didn’t raise them to be like me, or an American not even an African rather establish themselves in their own right and knowledge & excel in their suitable fields...

Truth be told, these are single moms who were on welfare system who are sending kids back to kenya, now that the western countries are cutting off welfare, these strong and independent single moms have no choice but to send their children back to Kenya.