Skip to main content
Death Announcement for Denis Daudi Afande, Former Kenyan Ambassador to the USA
Konza Gets Huge Funding from The Kenyan Budget
The Onyx Place Apartments: An Investment of a Lifetime
Previous Pause Next
10 /diaspora-news.php DIASPORA NEWS 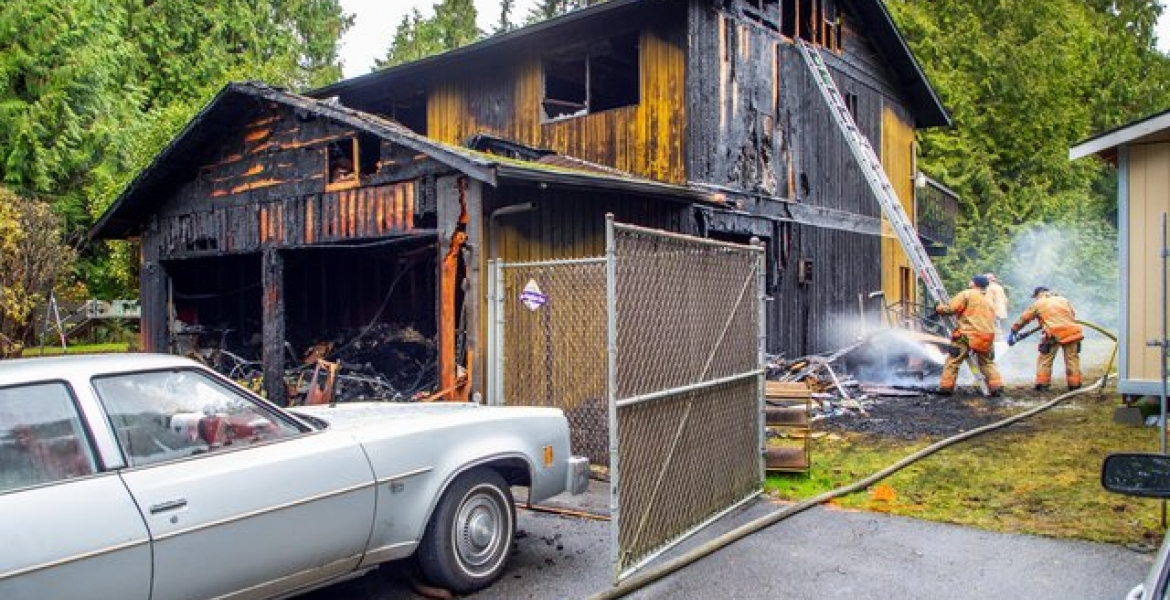 A house in which two Kenyan sisters were attacked by an 85-year-old woman in Seattle, Washington on December 19th was on Monday, December 30th razed down by an inferno.

The house, in the 2000 block of Southwest 306th Lane in Federal Way, went up in flames in the wee hours of Monday morning, according to The Seattle Times.

Federal Way Police spokesperson Cmdr. Kurt Schwan confirmed this was the same house where Beverly Lorraine Jenne, 85, allegedly shot and killed Janet Oyuga and wounded her sister, Angela. Schwan added that detectives had finished processing the crime scene before the fire broke out.

Police officers called to the house on December 19th found Janet and Angela shot while Jenne was on the bed with an electrical cord around her neck. The owner of the house told police that Jenne had lived there since the home was built in 1979, but it went into foreclosure in March and was sold at a public auction in November 2019.

The new owner was renovating the house and had entered into a lease-to-own agreement with the two Kenyan sisters, who decided to host Jenne until she found another home.

King County fire investigators are yet to release a report on the cause of the fire. No injuries were reported.

Color me cynical but I think dude committed arson. It is difficult to sell a house where murder was committed and unlikely that Angela would continue with a rent to own agreement on a place with painful memories. Best option, torch the place, hope neither fire nor insurance investigators figure it out, rebuild, sell a newly built home, pocket the proceeds and move on.

Ha haha, @ mundumugo, that sounds like something you would read in a novel.But sure it could happen like you put it.We do not know what happened. My question to you is would you risk going to jail for 10 years,and a fine of 30,000 dollars,plus acriminal record for doing what you think the dude did?Just curious since you brought it up.I know I would not.But hey some people risk for much less...

My niece lives in that area. A decent house runs 400k to just under 600k. Greed is the one thing humanity shares and criminals don't always think straight . The house was under renovation which is expensive, he won't have buyers for a while so doing a cost benefit analysis would lead to a path of arson. If the wiring was old, and he was a decent electrician.... Maybe I watched too many crime dramas last year.

There's clearly more to the story on this racist woman who lived probably free with 2 free care givers who just wanted to help.
If you check her history or even current, she seems beyond wicked. She struggled a person caring for her?
Another Lifetime series!

Talk about a total loss.The new owner who bought this house on auction must be not be too bright.It is winter not summer .Houses do not burn by themselves no forest fires in Washington.No occupants in the house .Definately arson in which case insurance will NOT pay .However that does not excuse him/her for doing a rent to own and he /she is fully responsible for what happened.Especially because this was an auction the old evil lady knew months in advance the house was being sold probably received several eviction notices.How was she able to stay put and carry out her murderous plan where was he /she.He/she must be held culpable will not be surprised if he /she is related to the 85 year old murderer.

@ Guest 1, do you have inside information that we dont know of? Are you sure that they have ruled it as arson?Mere appearence of arson does not make it so. The fire department has to make that call ,from what I know.Have they?

Welcome to amerikkka,his is arson plain and simple andnbecuase the house is owned by immigrants,this most likely won't get a diligent investigation. So somebody probably did their research and found that perhaps their is no home owners insurance on the house and such.Amerikka has become just one sad nation from what used to be the greatest nation and place to be on the planet.I won't be surprised if the killer is let off.

Why u all not understanding the story. The murder happened after octio ...it wasn't a crime seen b4 until the two Kenyan entered to an agreement with whomevery bought the house..