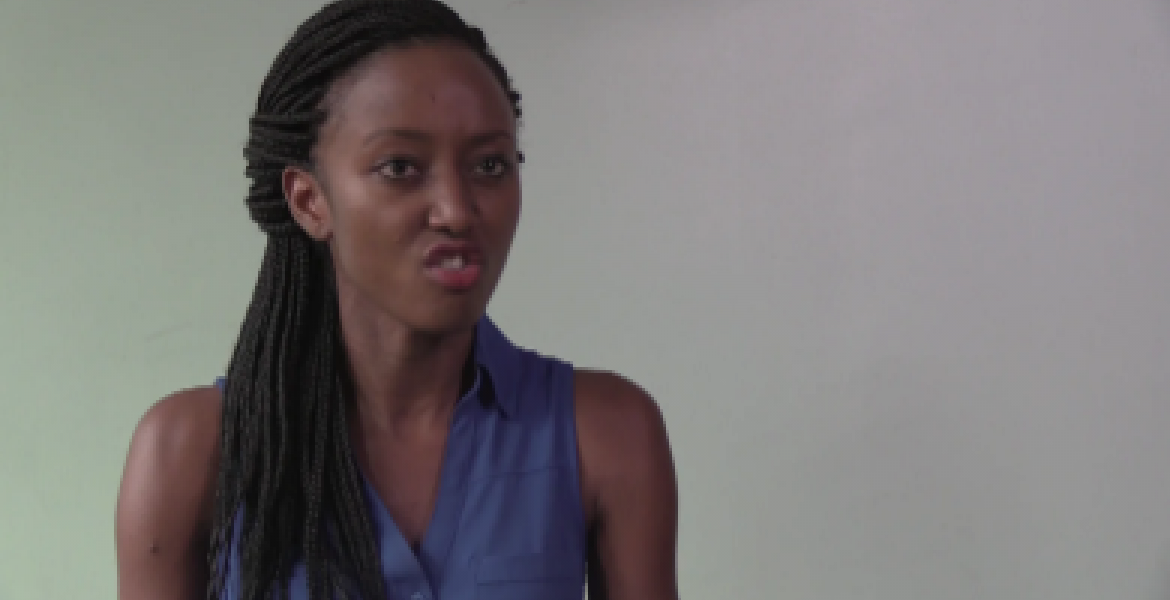 The 26-year-old Grace appeared in the US-produced movie dubbed ‘A New Christmas’ which is directed by Daniel Tenenbaum. Grace stars in the film alongside Preeti Gupta and Paula Rossman among others.

The film is about Kabir, a lonely medical student in New York who is estranged from his wife and grieving the loss of his mother. When he meets Kioni, a charming film student from Kenya, she persuades him to show her the city's Christmas decorations, thereby leading him to rediscover the magic of the holiday season and get his life back on track.

In a recent interview, Grace describes her appearance in the film as a dream come true having acted for free in Nairobi theaters when she was just 14. She says had a rough childhood as her father passed away from alcoholism when she was only 10, making her mother the sole breadwinner.

“As a family, we have always struggled especially after my dad died. I was raised by a single mother and while in secondary school, I had to figure out how to afford my fees,” said Grace.

Grace, a Precious Blood Riruta Secondary School alumnus, is now based in New York, where she also sings. She said her mother was not convinced by her career choice until after Lupita Nyong’o became a Hollywood success.

“I am really appreciative of Lupita because, without her, my dream wouldn’t have been validated. For long I said I wanted to be an actor and a musician but my family would ask, why? But when Lupita succeeded, people started saying, ‘you can do it,’” said Grace, advising parents to support their children’s dreams no matter the field.