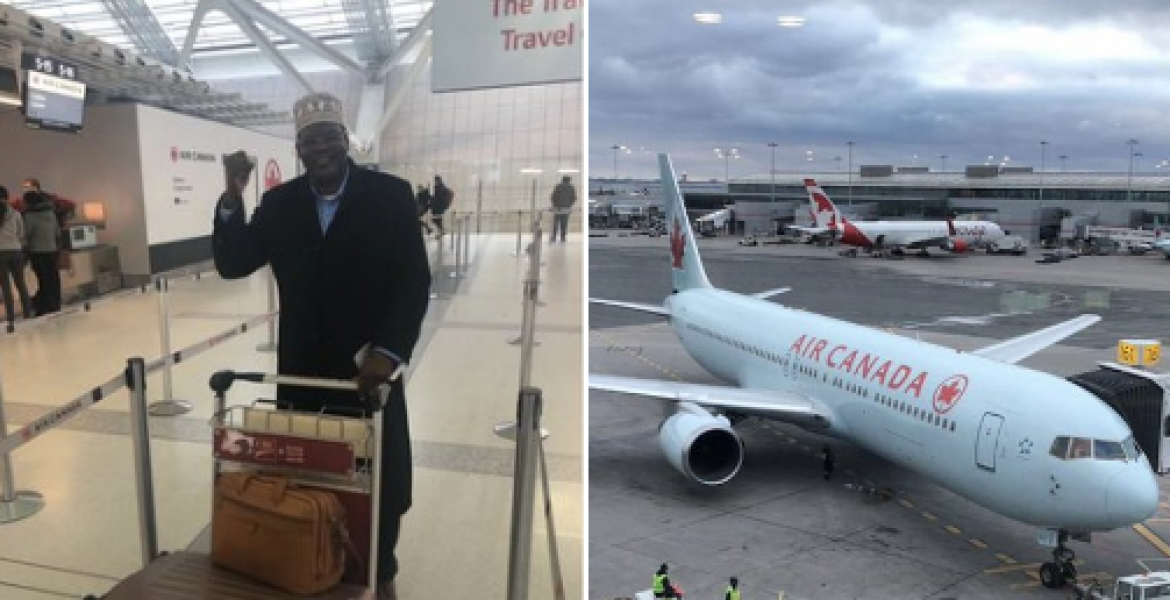 Deported firebrand lawyer Miguna Miguna on Sunday departed Canada en route to Kenya, where he is scheduled to arrive on Tuesday, January 7th.

Taking to Twitter, Miguna shared photos of himself at a Canadian airport with his luggage ready to board a flight, noting that he will land at Nairobi’s Jomo Kenyatta International Airport (JKIA) on Tuesday at 9 pm.

This will be Miguna's second attempt at gaining entry into the country after the first attempt in March 2018 hit the rocks. Miguna was first deported in February last year days after his arrest over his role in the mock swearing-in of ODM leader Raila Odinga on January 30th, 2018.

The immigration department later said that Miguna was in Kenya illegally as he renounced his Kenyan citizenship when acquiring a Canadian passport. In March 2018, he attempted to return to Kenya but was removed after spending several hours at the JKIA detention facility.

In December 2018, the High Court ruled that Miguna is a Kenyan by birth and holding a Canadian passport does not deny him his birthright. In his ruling, Justice Chacha Mwita declared that the State violated his rights by deporting him and awarded Miguna KSh7.2 million in compensation.

Is Canada that far dispite the time difference..ungefika tmrw 9pm ama ni lay over..utashangaa only your driver take you if you have one kula Samaki ..na ingine baadaye...

"February last year" was 2019. The years don't add up. Unless some lazy reporter simply cut and pasted a story from 2019.

Sorry to see a full Kenyan treated worse than a Nigerian comman controlling drug trade in the city of Nairobi. In fact I have 2 foreign born ukuyus who can enter Kenyan without a visa though bearing foreign passports. All I did was register them with my Kenyan passport. Tigai wanna rekei miguna ainuke akagethie cuwe na andu akwao thamakini.

It is very difficult to isolate Miguna, his foolishness, and Miguna himself! Miguna please don’t say many did not try to help when trouble kicks in. Please keep your fists down because raising them will not help you! Nice trip to a no man’s land!! Not even sure if Kenyans are ready to get this madness started.!! But anyway - as you love to say, “ come baby, come baby, come!!