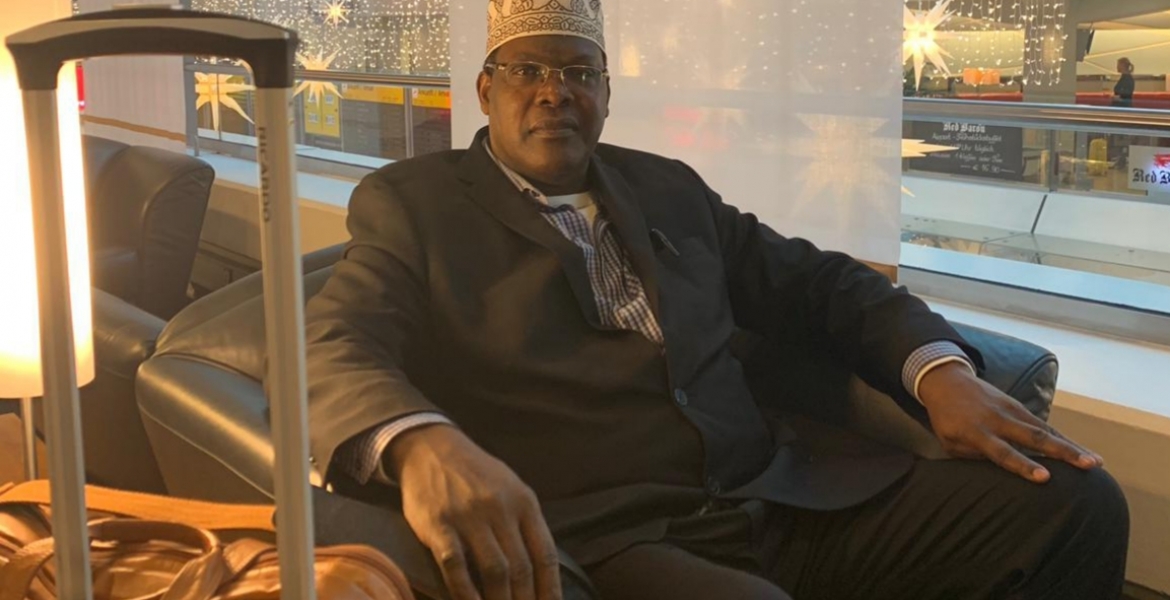 Lawyer Miguna Miguna’s journey to Kenya was on Tuesday morning cut short after he was allegedly barred from boarding a flight from Frankfurt, Germany, to Nairobi.

Lufthansa Air allegedly refused to allow him to board the plane following a red alert issued by the Government of Kenya, according to Miguna. Miguna had successfully completed the first leg of his journey from Canada to Germany and was preparing to take his final flight to Jomo Kenyatta International Airport (JKIA).

The government, through the red alert, allegedly warned the German airline against flying Miguna to Kenya or any other African country.

He added: "Lufthansa flight manager is saying that the Government of Kenya must send official communication to Lufthansa at Frankfurt office before I can be allowed to fly to Kenya or any other African country."

Government Spokesperson Col. Cyrus Oguna confirmed the existence of the red alert but could not confirm whether it was issued recently or existed since 2018 when Miguna unsuccessfully tried to return to Kenya. He added that President Kenyatta had given the green light for Miguna's return.

“But that (red alert) is an issue that can be sorted out by the Foreign Affairs ministry,” Oguna told Daily Nation when contacted for comment. “The President’s clearance supersedes any other order,” he added.

The Lufthansa flight left Germany at 11.20 am (East Africa Time) and is expected to arrive in Nairobi at 9.25 pm.

He can board by force.

They lie about everything.

It's cowardly😰😣for Miguna to blocked from to Kenya. Too cowardly.😰😰😰

And finally Mx2 has to lower his fist as the troubles beat him Kama mshenzi!