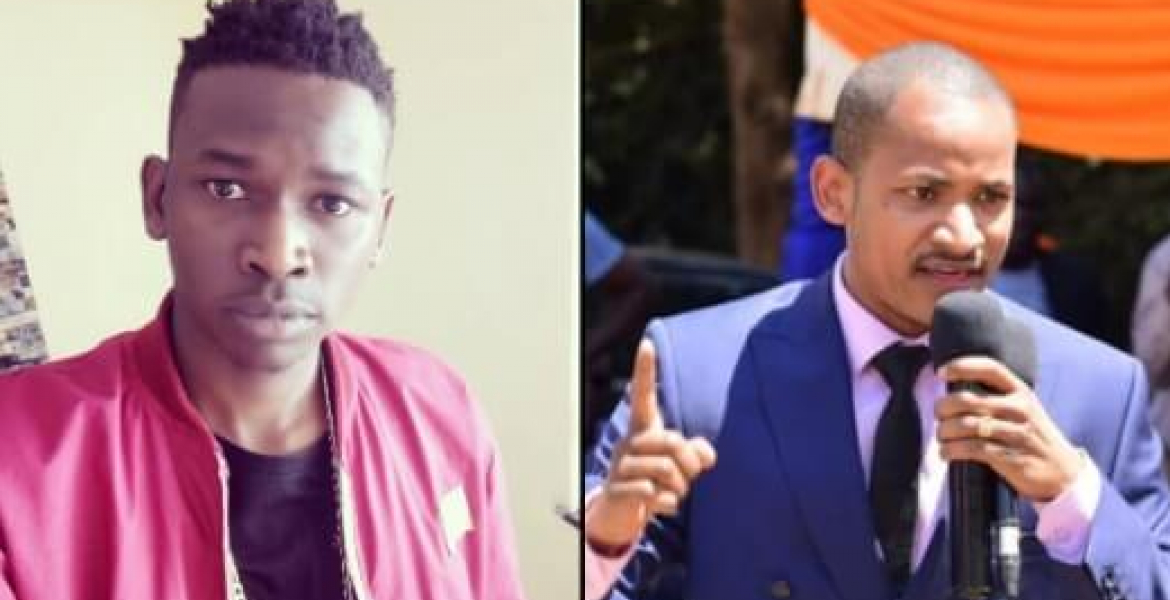 Kenyan disk jockeys (DJs) in the United States have demanded justice for their colleague who was shot at a Nairobi club on Friday morning.

Felix Orinda, alias DJ Evolve, was allegedly shot on the neck at B-Club in Kilimani, Nairobi by Embakasi East MP Babu Owino. He is currently admitted at Nairobi Hospital where he underwent two surgeries to remove a bullet lodged in his neck and a blood clot.

In a statement, Kenyan DJs in the US condemned the shooting, saying: “We, Kenya diaspora deejays, promoters, and stakeholders in the entertainment/hospitality industries around the world are jointly penning this to protest in light of the shooting and severe injury of Felix Orinda (DJ Evolve) by Embakasi (East) MP Babu Owino at B- Club on January 17, 2020.”

Led by DJ Peter Kerre of New York and ten others from around the US, the entertainers urged Kenyan authorities to ensure the perpetrator is held accountable for the criminal act in accordance with the Kenyan laws.

“This latest act of violence also falls within a disturbingly growing pattern of incidents Kenyan deejays are frequently subjected to while on duty. We would like to call on the authorities, elected leaders, and stakeholders to urgently address the growing plight of DJs in Kenya,” they said as quoted by Daily Nation.

Babu, who was arrested on Friday, was arraigned in court on Monday morning after spending the weekend in police custody. Babu pleaded not guilty to the charge of attempted murder.

Justice for all Kenyans; not just Deejays.

A very good move to condemn what Babu did to a young DJ at work.

For your information all Kenyans are severely suffering in the hands of those they elected to serve them - MCA, MP, Senator, Governor, Civil Servant, Heads is Parastatals, etc

Last week MP Kuria beat a woman in her work place. The guy is just an alcoholic skirt.

While on the hospital bed in India, Passaris is insulting sick Kenyan women for inquiring why a medical hospital can not be build within their reach so they can get similar treatment she has received in India.
Her reply to them was no brainer, she arrogantly said to them, “I will not be apologetic that I can afford treatment in India while you can’t afford it in Kenya!” Wow, you talk about being chicky and arrogant!?

She further went on to say, “I paid Kshs 20 million to get myself elected”, elected to have you guys pay me back through whatever means - maybe through corruption endeavors!

Wahome in Kandara had similar negative sentiments when she was asked to account for the CDF money! She blamed Uhuru for her inexperience in managing money; people’s taxes in her hands!

Faith Gitau has done similar stuff to her voters in Nyandarua! She has been campaigning for Ruto since she was elected in 2017, like those she represents eat politics for breakfast, lunch and dinner! This issue must be revisited come 2022!

Shooting a man by Babu is a huge deal and he should resign from being an MP! It is about time cleanse the house!

But the worst thing is what the politicians are doing to disinherit and mortgage the future generations through corruption - blatant stealing of a country’s wealth; the foundation of our nation’s bedrock is being eaten away by the greedy 1%. No nation can prosper when it’s future generations are being disenfranchised!

And the list of politicians abusing the citizens is huge - Sonko, Waititu and his family, etc. Many others are still stealing as we speak!

Even some have come up with a golden chicken that produces 3,000,0000 eggs per day to cover up the plunders they are doing to our coffers and the economy at large!
The public must get mad and start speaking and calling the thieves by their names!

Kenyans feel at siege with their law makers who have turned out to be Gang Bhang Gangsters!

May this MP also be asked to step down. This is not the first act of violence towards common mwananchi. It’s despicable to have such a hooligan representing anything let alone his family. Such a shame the way he shot the DJ will probably be disabled for life...

When I saw the Video of the shooting, I was horrified. There was absolutely no provocation. There was not even an altercation. It was as if Babu shot the DJ simply because he could do it. Then they carried him out of the place, the same way you carry a dead carscass of an animal from a slaughterhouse.

And what happened to the young DJ fella?