Meet Paul Irungu, a Kenyan-Born Man Making a Fortune from Growing and Selling Maize in Australia 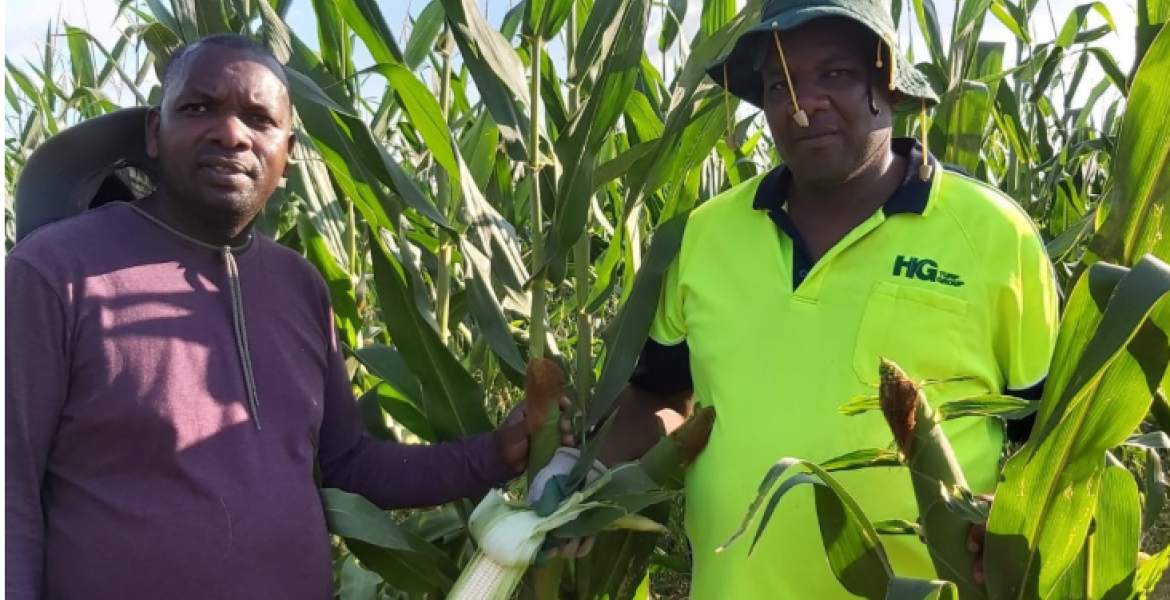 A Kenyan-born man partnered with a Zimbabwean national to grow maize for sale to the growing African population in Australia, and says he is making a fortune from the venture.

Paul Irungu, who was born and raised in Othaya, Nyeri County, partnered with Zimbabwean-born Handson Ndahanga in the business. Their goal is to supply Africans in Australia maize that they boil or mill to make Ugali, Sadza or Githeri just as they do back home.

Irungu moved to Australia as a student years ago and was employed in Melbourne after completing his master’s degree.

He quit his job after he met Australian-Zimbabwean Ndahanga, who needed a maize farming partner. At the time, Nahanga was growing white maize in his backyard.

“I got interested having identified the opportunity of growing white maize which was not common in Australia,” Irungu told Mkulima Young.

Australia has one of the strictest bio-security rules and border controls in the world making it difficult for travelers to carry foodstuff.

In 2018, the two leased a piece of land in Shepparton, Victoria and planted white maize. They began by selling their produce at the farm’s gate but this could not satisfy the demand. Last year, they leased more land, increasing the total acreage under the crop to five.

“Our target market is the African population in Australia who love ugali, githeri and boiled maize,” says Irungu.

“Kenyans and other people from Africa here in Australia miss boiled maize (mutungo), githeri or white flour for ugali, all which are delicacies back home. We, therefore, give them the African experience,” adds Irungu.

Ndahanga and Irungu are presently harvesting and say the orders have increased. “There is a big African population in Australia and it is increasing. These people love green maize, which we are supplying. Locally, yellow maize is the most dominant.”

The two donate part of their proceeds to Umoja Children’s Home, a sanctuary in Diani, Ukunda, Mombasa County.

“Our plan is to increase the farm size and start milling the maize into flour, a rare commodity in Australia. What is available currently comes from South Africa,” Irungu tells Mkulima Young.

Hongera sana. Keep it up.