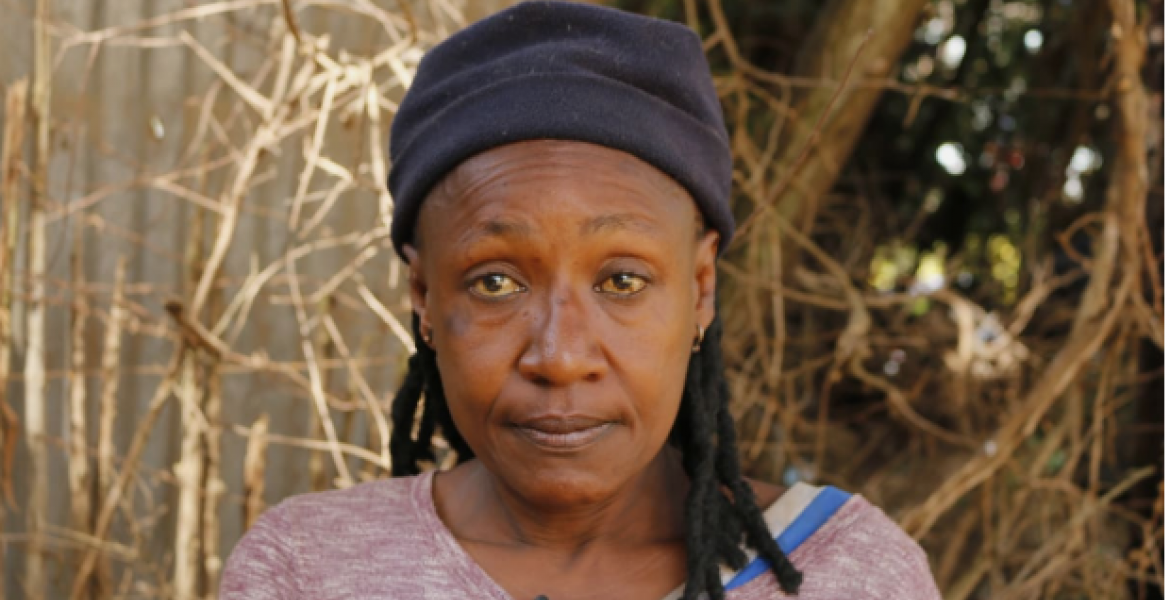 Imagine moving to the United States in search of greener pastures only to end up being deported back to your country without anything after 21 years.

Well, this was the case for Joy Mukwanjero, a Kenyan woman who currently leads a miserable life in Nairobi after she took a wrong turn in life.

Joy was born in Meru County and was brought up in Nairobi before she got an opportunity to relocate to the US in 1986, in what she says was a dream come true. She recently had an interview with Tuko News, with whom she narrated her story.

When she arrived in the US, Joy was lucky to be hosted by a relative who had moved there a few years before. She then began taking computer competency classes and later moved in with a friend who needed a roommate.

One evening she attended a party organized by some Kenyans to celebrate Jamhuri Day. Here, she made friends who eventually convinced her to join them in San Francisco. In San Francisco, she says took a job in the hospitality industry and also enrolled for a political science course at the University of San Fransisco but dropped out midway to focus on her job.

It is here where she met her former husband, whom she claims introduced her to partying and, before she realized it, she had turned into an alcohol addict. This led to their separation with Joy opting to move to a different city in California.

She did not know that this would be the beginning of her woes. Soon after she moved, Joy was arrested by officers from the US Immigration and Customs Enforcement (ICE) over lack of proper documents.

She was detained for some time as she fought to remain in the US but later, in 2009, she was deported to Kenya after an agreement with Immigration authorities.

Upon arrival in Kenya, Joy began searching for a job in the hospitality industry since she had gained some experience while working in the US but her efforts bore no fruits.

Left with no other option, Joy settled for casual jobs and later checked into a rehabilitation center, and while there, she undertook a course to become a Chemical Dependency Addiction counselor.  Upon completion, she rented a house within Nairobi’s Ruaraka area hoping to secure a job in one of the rehab centers next to United States International University (USIU) but she did not manage to get one.

She is currently sheltered at Mahanaim Educational Institute, where she has been doing volunteer work for the past six years. "It is in a public place and I cannot be snoring there when people are still at work. I have to wait for people to go home so it is quite enough. It is almost like a homeless person sneaking in," she says.

Despite all this, Joy says he has not lost hope of getting her life back on track.

You still got the American slang.

Let me help. Just put the following words in any order. Kujipanga, kaploti or as we say mburoti, plan B, vitengo vya kukodisha, kilimo cha viazi or as 8 million prefer waru. Never mind that her addiction would have consumed her and her resources. I hope this video helps her in her endeavors. She has at least taken positive steps in her way forward.

Every sad situation teaches us something. Those in diaspora who are making the wrong choices need to learn from this episode. Think about tomorrow and your destiny. As sad as this situation is, I am sure it will be a wake up call to somebody who is about to fall in the same trap. I salute you for publishing this.

Every sad situation teaches us something. Those in diaspora who are making the wrong choices need to learn from this episode. Think about tomorrow and your destiny. As sad as this situation is, I am sure it will be a wake up call to somebody who is about to fall in the same trap. I salute you for publishing this.

At least you can tell she is not as bitter as other deportees like Mkenya Halisi.

Mkenyahalisi has become a Ruto man supporting others like big mouths Alice Wahome and Murkomen and Duale; eating dam money remnants or crumbs. He should be satisfied and not bitter.

She is eloquent to be a good prosperity gospel preacher or motivational speaker after rehab.

Are the diasporian Abe to sponsor this lady to a serious rehab facility at least to give her one more chance. And may be help her get a job or small businesses

This video to be fowarded to Kikuyu Diaspora, we can help a coin each. This gal seem like she can do well if given a chance Atleast even a cheap place to live. She is a well polished in Language and inter people relations..

This lady needs our help, not our comments

How do we reach her?

I laugh noone, I have kids and the fear of drug addiction is real. I wish we can come together, form a whatsapp group and help this lady...

I joined only two diaspora organizations and left disillusioned. The self selected leaders were more concerned about Kenya than our own abroad. I will soon do something about it.

Having attended several of those diaspora meetings, I was left quite disillusioned about the sole purpose of them.

The self appointed leaders have a self serving attitude and they are even eager to steal someone’s child to enrich themselves!

I did not like what I say and the deceptive gusto speeches of most of their leaders. They sounded like some bonafide conmen/women willing to do anything to make money!

The allure of alcohol and other hard drugs is extremely frightening. And like brushfire it spares none. This lady needs an environment that is quiet or surrounded by people willing to keep her occupied meaningfully and out of a crowded environment where she wallows in shame at her plight. She would make a fantastic drug counselor,having walked that path. Anybody listening?

This good lesson for those follow others event and dont mind about themselves only helping other to move on their life.

Why should we be learning through someone's else's misfortune@HenryGathaara

How can we get in touch with her to help?

How can we get in touch with her to help?

Her own mother painfully says she is defeated by her daughter.

Be careful what you wish for. She seems satisfied with her current situation. She needs a trained psychiatrist to figure her mental issues out! She sounds quite sharp though!

I thought california is a sanctuary city. how she get caught by immigration customs enforcement

She went to the exact schools I went to. LCVR and Chox. Wishing her all the best ❤God bless her