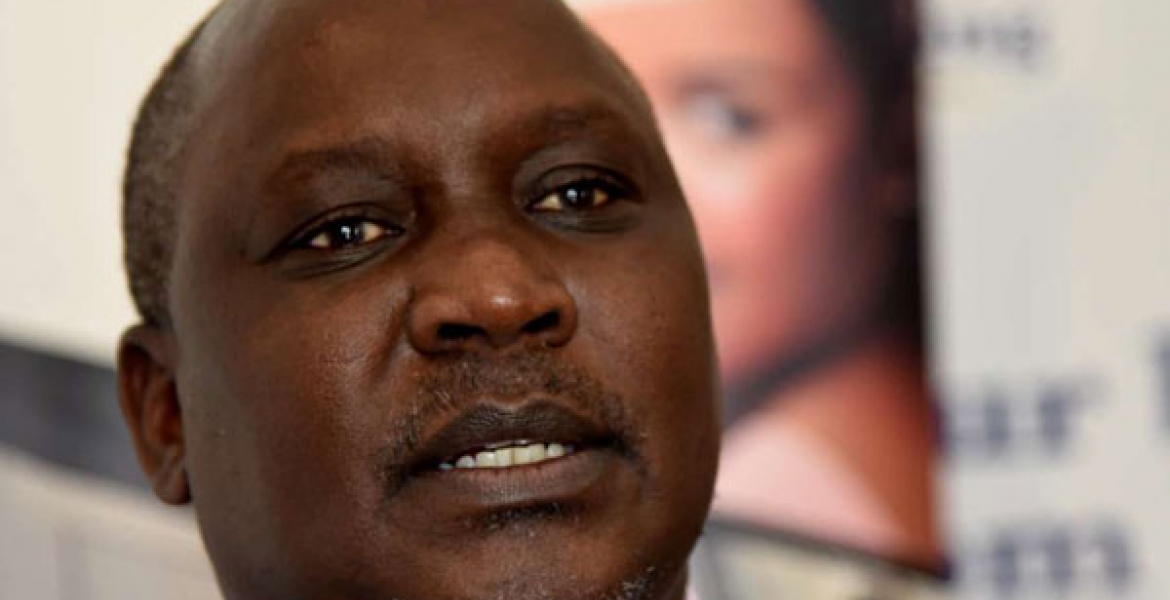 A lobby group representing Kenyans in the diaspora has asked the government to evacuate citizens who are presently stuck in South Korea following the outbreak of coronavirus.

Kenya Diaspora Alliance (KDA), through its Chairman Shem Ochuodho, on Thursday said it received a distress letter from at least 500 Kenyans who are trapped in the city of Daegu in South Korea, the second-most affected country by the dreaded virus.

“Just yesterday, we received a distress letter from the Kenya Community in Korea, a second-worst affected country after China,” Dr. Ochuodho said.

Ochuodho said most of the Kenyan nationals in South Korea are students and urged the government to repatriate and quarantine them in Kenya.

“Where possible, bring them home and perform appropriate screening. We urge the government to revisit its position to see whether it is not the appropriate time to evacuate Kenyans in both Wuhan and Daegu and bring them home,” Ochuodho added.

There are about 100 Kenyans stuck in China’s Wuhan city, the epicenter of the deadly disease that has so far spread to over 70 countries including the US, the UK, Italy, France, Nigeria, South Africa, Senegal, and Cameroon.

The disease has infected 96,268 people globally and killed 3,304, a majority of them in mainland China.

Why not send our politicians to Wuhan city to go and do brainstorming of how to control Corona Virus? They enjoy such trips on tax-payers money.

In Essence of the Matter: They're not Trapped in South Korea; they're QUARANTINED In South Korea (lest they Come to Infect Kenyans).

Kenya allows landing of Chinese planes and at the same time, doesn't want to evacuate Kenyans in coronavirus Hotspots.

These Kenyans stuck in China and Korea need to make their own private arrangements to leave those countries.
Organize and mobilize.

Because ACTIONS speak Louder than "words": Let the Kenya Diaspora Alliance (KDA) do it. The ALLIANCE seems to be up to the Task.

Always remember that fact.
Stop asking for help from your number one enemy.

Please there are kenyans all over and people need to stay why thre are. USA Washington ,itally,Australia, korea ,china this are some of affected regions na kuna wakenya so watu wangonjea kwenye wako.

This KDA guy, Shem, is the worst opportunist. You never hear him directly contributing to any worthy cause.

A rejected former MP who is using a bad situation to stage a political come back home in 2022.

Why can’t he use the vast KDA contributed funds to repatriate Kenyans from every country that is affected by coronavirus and send them back to Kenya! All talk but nothing to show for it.

China and South Korea have far much better facilities to quarantine patients than any other country in the world. Anyone is best treated there than sending the patients to Kenya where no medical personnel have been properly trained to treat coronavirus. Wow, talk is stupidly very cheap!

@isaac - you are the worst form of con. Now you are trying to cut down another con into sizes so you can get the little money he gets from those who are damn enough to pay? Can you tell the world what you did with the last membership money directly paid to your account? You think people are stupid or what? Get yourself a real 8-5 job, or a night shift for that matter, earn an honest living, and stop telling lies to the diaspora. How are you speaking on behalf of the diaspora if you can’t even speak for yourself!

@isaac - how do I join your group of the well trained cons since KDA is made up of thieves? Now, you have just revealed to us that all these diaspora groupings are formed, made up, and managed by thieves.

Why do I say that - by calling Shem’s KDA group a con, how can I trust that your unknown group of elites is not a cons!?

Two PhD holders (Shem and Isaac), two cons, fighting over diaspora’s money while we watch! Shame on you Isaac, alias dr Kinungi for stooping below your belt making every effort to cheat the diasporas.

@kinungi - wow boy Jean! Your name says it all! Greedy tag is affixed on your forehead! Run people; RUN! The big CON is by your door steps! RUNNNN!!!!!

You must be severely staved of cash to call another thief a con! You are no different from those you are calling conmen! You are the conman number one; period! You are a baptized con and those in the diaspora should run away at the sound of you coming to con them.

@kinungi - and who is “we” have “our” own organization that speak for the diaspora? Are you that greedy for money to insult Shem over people’s money? Can you give us a list of the foolish diasporas in your group who are accepting to be conned by you? Really 😢 sad!

@isaac - this coronavirus have gotten you so Hungary that you can’t hold back the anger and bitterness toward your competitor. When you call your other crime partner a con, what should we think of you, and who you are; a Mwizi!?