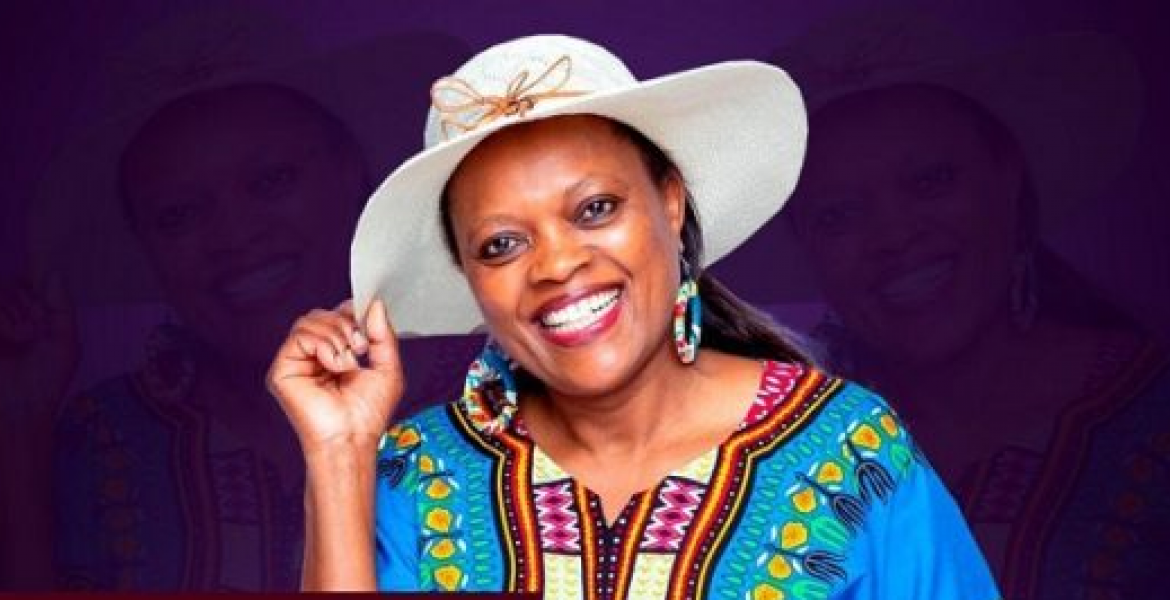 A Kenyan woman is currently admitted to Intensive Care Unit (ICU) at a hospital in California after she collapsed shortly after landing in the US from Kenya.

Peninah Mugure had traveled to Kenya for the burial of her father on December 27th last year and was returning to the US when she fainted and passed out from a cardiac arrest after arriving at San Francisco airport. This was her first trip to Kenya in ten years.

She was saved after multiple cardiopulmonary resuscitations (CPRs) and admitted to ICU at Sutter Hospital in San Francisco, where she stayed for ten days.

Peninah was later transferred to a hospital near her home in Sacramento after she stabilized and remains admitted to ICU.

She is the mother to Cheka TV’s Anthony Njoroge Mbuthia, who came to the US for treatment after he suffered burns in the 2008 Kiambaa Church massacre. Her two other children are both college students.

Peninah’s condition forced her husband Peter Mbuthia to take a leave from work to provide her with physical and psychological care.

Her family has made an appeal for financial assistance from the Kenyan community in the US, friends, and well-wishers during this difficult time. 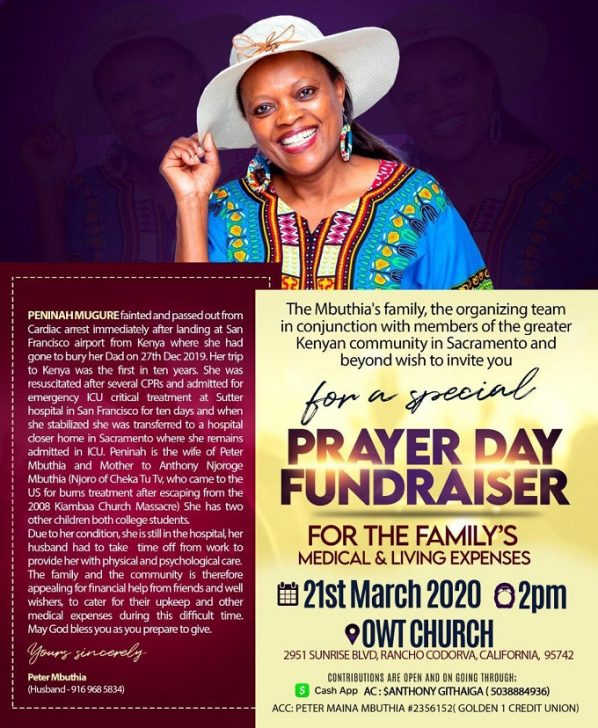 Things hit home when you know an individual personally. I cannot say enough good things about Ms. Mugure. Always humble, caring and giving as well. I echo the appeal for the support because her family needs it!

Antony Githaiga is the treasurer and Peter Mbuthia is the husband hence different numbers.