Gov’t Agrees to Evacuate Kenyans from China, But at their Own Cost 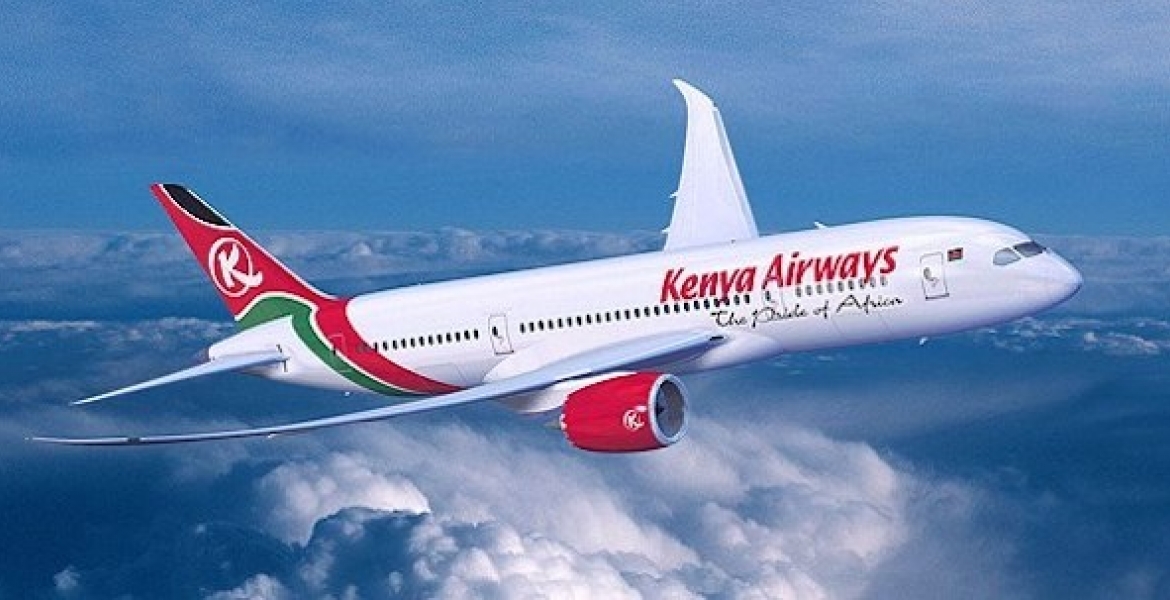 Kenyans who wish to be evacuated from China have been asked to register with the Kenyan Embassy in Beijing.

The embassy, in a notice sent to the Kenyan community in China on Friday, said it will organize a flight to repatriate those who want to leave the country as long as they pay for the trip out of their own pockets.

They are also required to prove that they are not suffering from Covid-19 before leaving China and agree to be placed under mandatory 14-day quarantine once they arrive in Nairobi.

“If you are ready to travel under these conditions, fill the above QR code so that the biodata reaches the Embassy immediately,” the notice from the embassy states.

“Please note that the departure will be from Guangzhou on a date to be determined immediately the above information is availed.”

For more information, Kenyans in China were asked to contact the deputy head of Mission in Beijing, Kimani Waweru, on +86600690463.

The Kenyan government has been under increased pressure from Kenyans at home and abroad to evacuate citizens stranded in China in the wake of alleged racial attacks on people of African descent over accusations of spreading Covid-19.

Africans, including Kenyans, were reportedly kicked out of their apartments and denied access to services at local businesses, with many spending the nights on the streets.

Foreign Affairs Principal Secretary Macharia Kamau this week admitted that some Kenyans in China were victims of racial discrimination against black people.

“This situation has been extremely worrisome to all of us. The reality is that this has been a very unfortunate outcome.”

“Africans, Kenyans included, have been discriminated against in the process of [Guangdong provincial] government’s response to mop up the situation that they are facing there, post-crisis,” Kamau told reporters in Nairobi.

Meanwhile Mpigs spend hundreds of millions of taxpayers shillings going to bench-marking tours around the world, that do not yield any benefits I can see. Kenyans are stranded in foreign lands, with a world economy in shambles and our dear government is asking them to come out of pocket if they want salvation!! Deplorable!! Get me in touch with a fund-raising group and I will donate towards #GetKenyansHome

You're talking to Government officials most of whom are Covids and Covidiots themselves.

No more “bench marking tours“ as you call them and I hope it stays that way to the benefit of tax payers !

First get them home and deliver them from homelessness, hunger, discrimination and humiliation by their oppressors, the Chinese (Moabites)then worry about how they will pay you. You forget the resources in Kenya belong to all Kenyans whether at home or abroad.
Get them home first!! This is one reason why Kenyans pay taxes; to get protection from their government!!

how is this even an evacuation when folks in crisis being beaten and kicked out of their houses and have to pay for their own cost?

The Chinese are in Africa to Colonize and exploit all over again. Only this time, our greedy leaders welcome them with open arms. They view Africans with nothing but contempt, even holding their noses when an African passes by. Hasn’t anyone noticed the rise in cancer, tainted foods like sugar, flour and brews? What will it take for us to open our eyes? They take over by creating debts that cannot be repaid and hold our resources as collateral. They use their own labor and open their own touring companies totally leaving out the African worker who remains qualified yet unemployed. It is projected that China will not be able to sustain it’s population in a few decades - Africa is ripe for their expansion. Wake up!

The Chinese are in Africa to Colonize and exploit all over again. Only this time, our greedy leaders welcome them with open arms. They view Africans with nothing but contempt, even holding their noses when an African passes by. Hasn’t anyone noticed the rise in cancer, tainted foods like sugar, flour and brews? What will it take for us to open our eyes? They take over by creating debts that cannot be repaid and holding our resources as collateral. It is projected that China will not be able to sustain it’s population in a few decades Africa is ripe for their expansion. Wake up!

The Chinese are poisoning Kenya and African with a slow doze of the crap you have highlighted here! They want Africans to die a slow death so you don’t have the energy to fight back when they come in droves to take what is left. Chinese don’t care about any body. They are racists, they are selfish, they are rude, and they think they are better than Africans while they are very dirty people. Something has to be done to make sure these little yellow folks do not take our country while we stand by and watch!

If it was a Kenyan MP or some Kenyan official stuck elsewhere, one could have seen Kenyan authorities sending well paid airlift to destination home. Why would a government discriminate on its citizens. This is a time when a people in distress call on their government for rescue. Setting up a prize on your citizenry in these times of need is such obnoxious and shows total failure of a governments’ responsibility to protect its people within and beyond borders.

Africans are being beaten and killed in China ( watch videos on YouTube).
Kenyan government need to close its embassy. There is no need a useless building that cannot help Kenyans in time of need.
Close the embassy and get your people out.
Our government is slowly nurturing Maumau II by ignoring the call to evacuate our brothers and sisters!!
Our government will only have itself to blame when the citizens take law into their own hands and drive out the Chinese ( Moabites) out of Kenya and out of Africa.
First we need to all stop buying anything Chinese and riding their railways, eating their food and buying their dead people's hair ( those who died of Covid-19) because it will be sold to the "Monkeys" as they call us.
Wake up Kenyans and know your enemies!! What time is it? Time for Revelation and Restoration!!

Kenyan government has shown its true colors a government that does not care for its citizens and they want nurses to go back to kenya to work there? what a joke.we people in diaspora should boycott sending and supporting kenya for a while in protest

Yet diasporans are the number one income earner for our country Kenya.