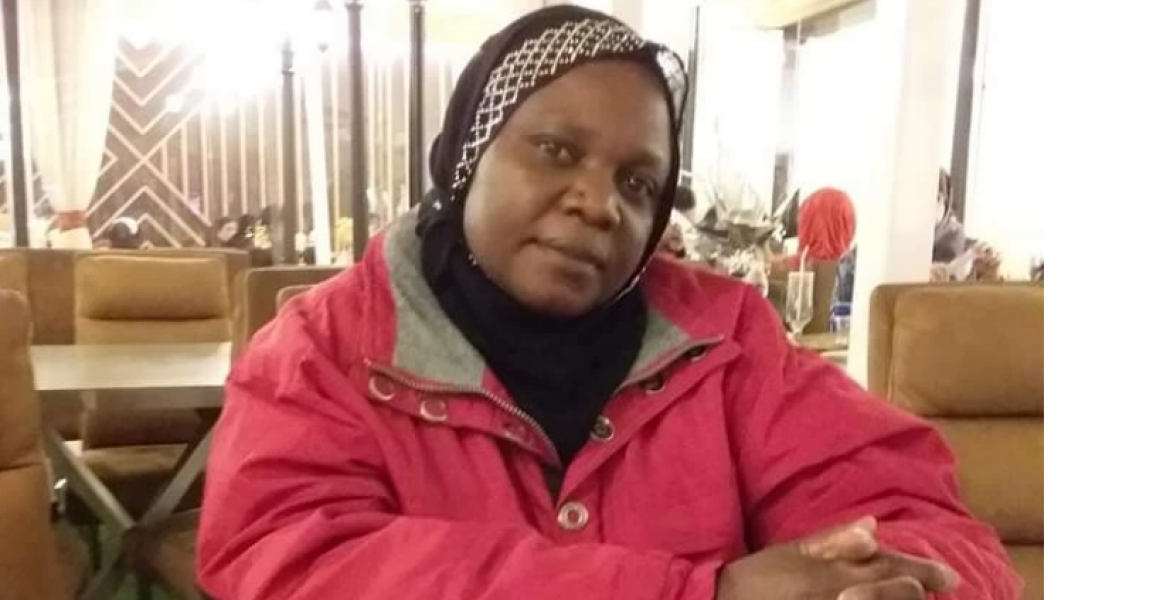 The family of a 47-year-old Kenyan woman who died in Iraq last December has been forced to bury a banana stem after they were unable to bring back her body.

Ruth Omungala from Ingusi village in Mumias, Kakamega County passed away in the Iraqi capital, Baghdad on December 26th, 2019.

Ms. Omungala, who was working as a nanny for different families in Baghdad, died after an illness, barely nine months after she moved to the Gulf nation.

One of her Kenyan workmates, Grace Makokha said Omungala complained of vomiting and diarrhea and died after her agent refused to take her to hospital.

On Saturday, April 25th, her family buried a banana stem in place of their deceased daughter. The family wrapped the banana stem in white and laid it on a table in a tent to symbolize Ruth’s remains.

After a short burial service, the stem was lowered into a shallow grave at the family’s home in Ingusi village, Mumias West Sub-County.

“If we don’t do what tradition demands, the family could be haunted by her spirit. There is nothing else we can do for now,” Ruth’s elder brother Joash Okulia said as quoted by Daily Nation.

Earlier this month, the family pleaded with the government to help them airlift Ruth’s remains to Kenya for burial. They said Ruth’s employer requested to bury her in Baghdad to save them the cost of ferrying her remains back to the country but they declined.

“My sister lived in Nairobi and worked as a nanny. She also did other odd jobs. We were shocked when we learned she had traveled to Baghdad and died after falling sick,” said Okulia.

The family also lamented that a lawyer and people claiming to work for human rights organizations asked them for money to help them bring back Omungala’s body.

“They are asking us to pay money. We paid Sh60,000 to a lawyer who promised to contact the Ministry of Foreign Affairs to help facilitate the transportation of my sister’s body for burial but since January, he no longer picks my calls,” added Okulia.

“The last time we spoke, he was so hostile and told me to stop calling him.”

If an MP or MCA died abroad, the body would be brought home pronto. For poor fellows going abroad to look for work to help their poor families, that becomes their own shughuli. No one cares. Why is this lawyer still free after conning a a family in grief? May the Lord of mercy comfort this family.

The Kenyan legal system is COVIDiotic, and its Employees Idiotic. They do no shit.