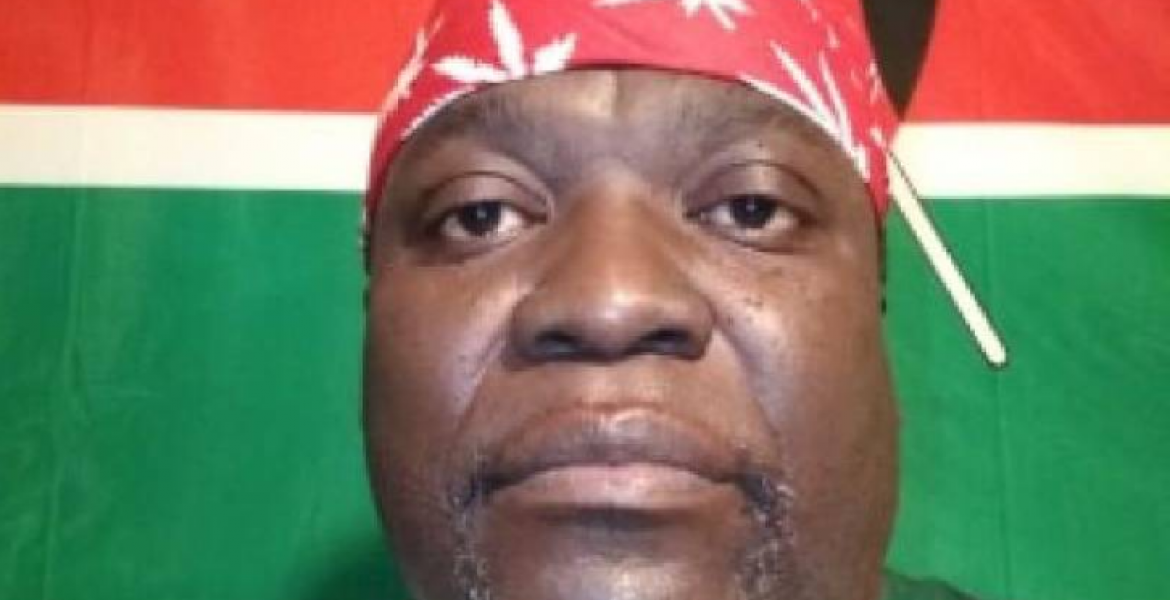 A Kenyan nurse in the US who contracted Covid-19 in the line of duty earlier this month has returned to work after recovering from the disease. 45-year-old Elon Wameyo was infected with the virus while taking care of patients at Sinai-Grace Hospital in Detroit, Michigan.

Wameyo says he called his doctor on April 8th after he began sweating profusely, feeling dizzy, and having weakness in his joints. “Ordinarily, I would have gone to meet my doctor face to face for the check-up as we chat, but physical contact has become a thing of the past with the virus around,” he says.

His body temperature was 103 degrees and a doctor at Detroit Medical Center (DMC) advised him to immediately go for a check-up.

“My medical instinct forced me to start taking medication to bring down the temperature, which was too high. It was likely I had contracted the virus,” he adds.

The following day he went to have a Covid-19 test at the State Fair Park, which was converted into a Covid-19 testing center. “He inserted a long cotton-tipped swab through my nostrils all the way to the nasal sinuses extracted and packed the sample. It is a very excruciating and uncomfortable test,” Wameyo says.

Five days later on April 14th, his results came out and it was confirmed that he was Covid-19 positive. “I did not panic. All along I knew that like a soldier at the war frontline, a bullet could hit me,” says Wameyo adding, “a patient probably infected me.”

Wameyo says Sinai-Grace Hospital stopped elective surgeries and converted ICU beds to solely serve Covid-19 cases after the disease took a toll in the US.

“From when I tested, my boss allowed me to be off duty and when I told him I was positive, he gave me more off days to get medication,” he says.

“I equally called my sister Amboka, who is in Canada, and broke the normal news to her. She was speechless. Yes, this thing (Covid-19) is normal up here. We are at the epicenter of it,” he told The Standard.

Wameyo says that his 17-year-old daughter Nicole Amboka was preparing food for him when he went into quarantine.

“She would prepare my favorite soup, package it, and place it at the doorstep of my room and then leave. After alerting me she had left, I would pick the meal, eat it, and then return the utensils to the doorstep.”

When he began feeling unwell, even before taking the test, he isolated himself from his daughter and the two would only communicate via phone.

“I then continued with medication, which I started immediately my conscience told me I had the virus. I took Tylenol tablets and Gatorade fluid to replaces electrolytes because I was sweating a lot,” he says.

A week after his diagnosis, he started feeling better and drove to Sinai-Grace Hospital for screening.

“Phew, the result was negative,” he notes.

Wameyo, a son of the late Kenyan assistant minister Elon Willis Wameyo, says he was not the only medic at the facility who contracted the virus.

“A doctor and three nurses were also infected with the virus, treated and discharged. We are now working with them after they recovered,” he says.

Wameyo's message to healthcare workers in Kenya is to work wholeheartedly.

“In the US, we also have challenges with protective gear. We repeat PPE overalls, a thing we were taught in school should be worn only once..I read somewhere on a Kenyan blog that health workers ran from a coronavirus patient. I hope that was not true. Let my brothers and sisters fight this flu from the heart,” he says

Wameyo holds a bachelor of education degree from Moi University and was a teacher at Aga Khan High School, Mombasa between 1996 and 1997. He later moved to Tanzania and taught at St Mary’s International School in Dar es Salaam, before moving to the US in 1999.

In the US, he worked as a teacher at Martin Luther King Jr High School before switching his career to nursing after graduating with a bachelor’s of science degree in nursing from Oakland University in 2012.

Very positive story in the midst of so much horror stories brought forth by Coronavirus. We salute you and all frontline workers.

That is quite heartening. Happy for you Wameyo and thanks for sharing.

Thanks for sharing your story.. warming to all those in the forefront... God keep you!

Good to hear of a very successful recovery story! Your daughter did a wonderful job taking care of you! I am so glad she was there to help out. And she had all the patience to make you some meals to keep you going. God bless both of you as you continue to see better days!! So long........!

Hahaha... I hadn’t seen that! Just for laughs!

No wonder he says he met Bob Marley

Hai how is this news bwana. You recovered good lets move on?

To us it is, you need to keep scrolling and move on!