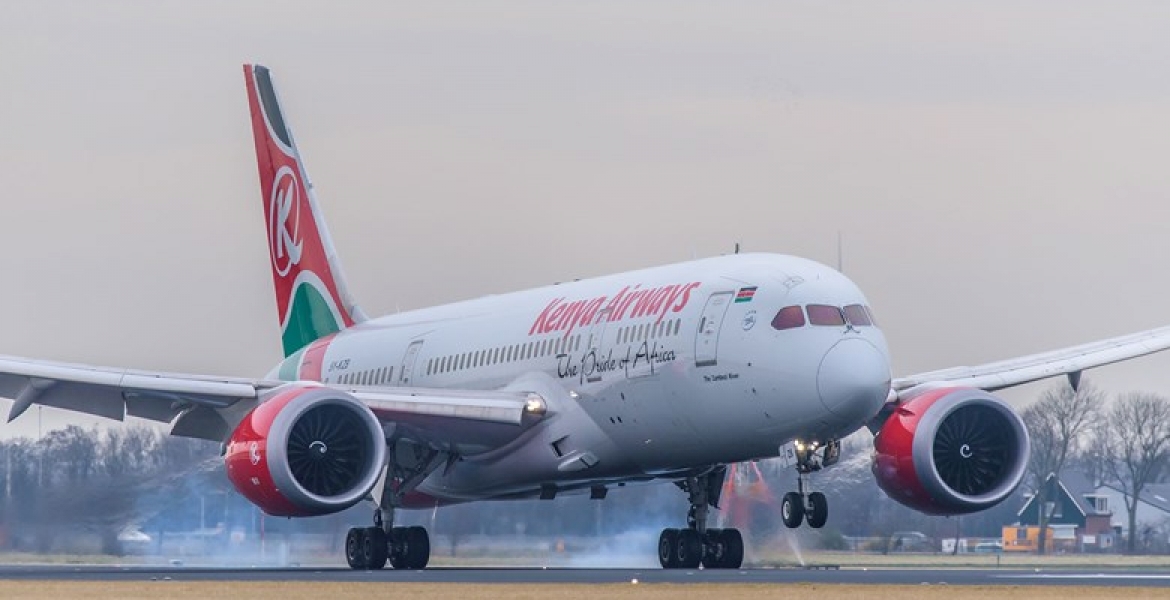 165 Kenyans who were stranded in China amid the Covid-19 pandemic have been flown back to the country.

The returnees landed at the Jomo Kenyatta International Airport (JKIA) in Nairobi aboard a Kenya Airways flight at 3 am on Sunday, May 10th.

The KQ 883 flight left Baiyun International Airport in Guangzhou, China at 8:27 pm on Saturday, May 9th. The passengers were flown back to the country at their own cost.

“It’s always a pleasure to be of service to our country and our fellow Kenyans. Karibuni Nyumbani,” Kenya Airways said through Twitter on Sunday morning.

“We applaud the Government of Kenya and all authorities involved in making this happen.”

The 165 travelers were seen off by Kenyan ambassador to China Sarah Serem. In a tweet, Amb. Serem said the Kenyan embassy with the help of Chinese authorities issued passengers with lost or expired travel papers with new ones.

“I have also had very fruitful engagements with the Guangdong Administration, met the Governor and Deputy Governor, as well as the Mayor of Guangzhou. We continue to work closely together as we address the interests of our people and for the mutual benefit of the two governments,” she wrote.

China came under fire last month after reports that people of African descent were being racially attacked over false allegations of spreading the Covid-19 disease.

Landlords in Guangzhou are reported to have evicted Africans from their apartments after they were subjected to several Covid-19 tests without receiving results. Photos and videos of Africans sleeping in the streets emerged on social media, sparking uproar.

They were also shunned and denied services in public places including hospitals, supermarkets, and subways.

The only acceptable act China can do is to apologize to the entire world for manufacturing the worst pandemic in the history of the world! China needs to stop using Africans as the scapegoat for their coronavirus! I’m sure there some good Chinese people but the communist government China should be destroyed!

Great news, welcome home. The only hope for Kenyans stuck in other countries is the lift of international travel ban, most likely starting September. Others speculate starting next year when vaccine is available.

Get those in Europe and America also . Too much discrimination of black men.

Black men are shot in AMERICA for walking or driving while black.