#BlackLivesMatter: Kenyans in the US Join Americans in Taking to the Streets to Protest George Floyd's Death [PHOTOS] 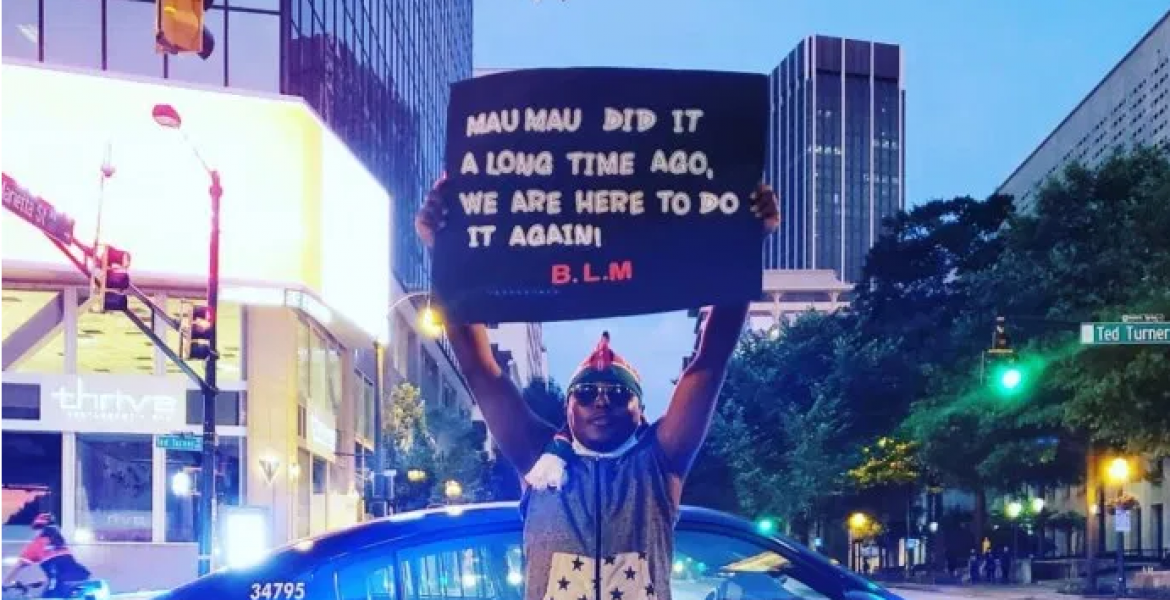 Kenyans living in the US were not left behind as thousands of people poured to the streets in various cities across the US to protest the death of George Floyd.

Floyd, a 46-year-old African-American, died on Monday, May 25th in Minneapolis, Minnesota after a white police officer put his knee on his neck for 8 minutes in a disturbing incident captured on camera.

His killing sparked a wave of protests around the US and although the policeman identified as Derek Chauvin was arrested and charged with third-degree murder, the unrest has persisted.

Similar #BlackLivesMatter (BLM) protests were witnessed in other countries including the United Kingdom, Canada, Kenya, Germany, Nigeria, and Australia, among others.

Kenyans living and working in different US states were actively involved in the demonstrations to demand justice for Floyd and equal treatment for people of African descent.

Photos shared on social media and other platforms show Kenyans carrying the country’s national flag and placards with different messages. Here are the photos; 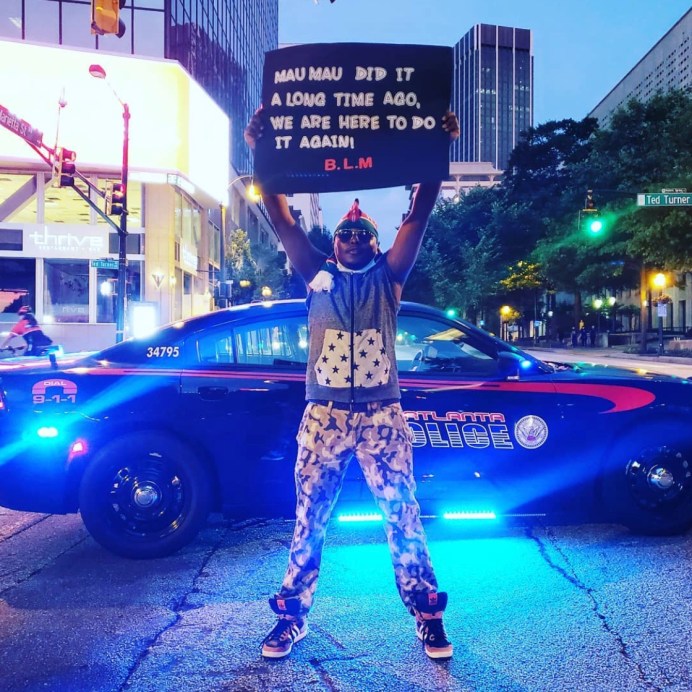 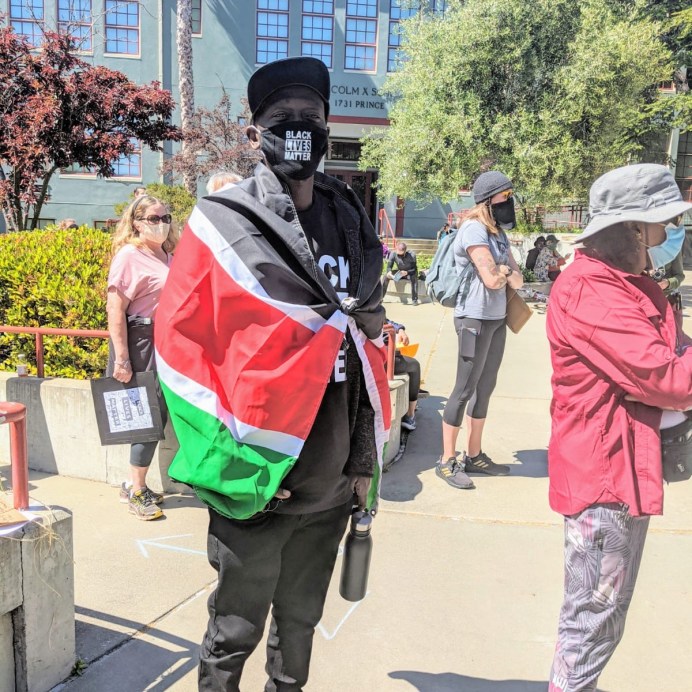 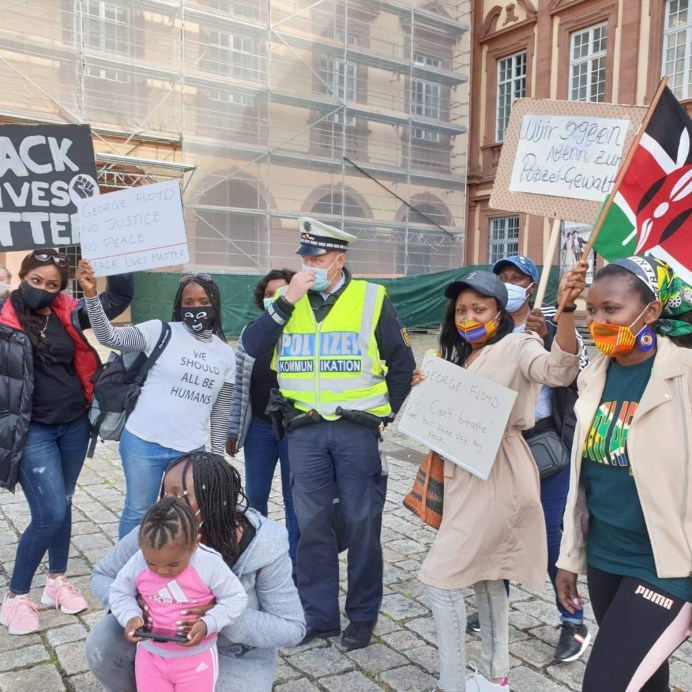 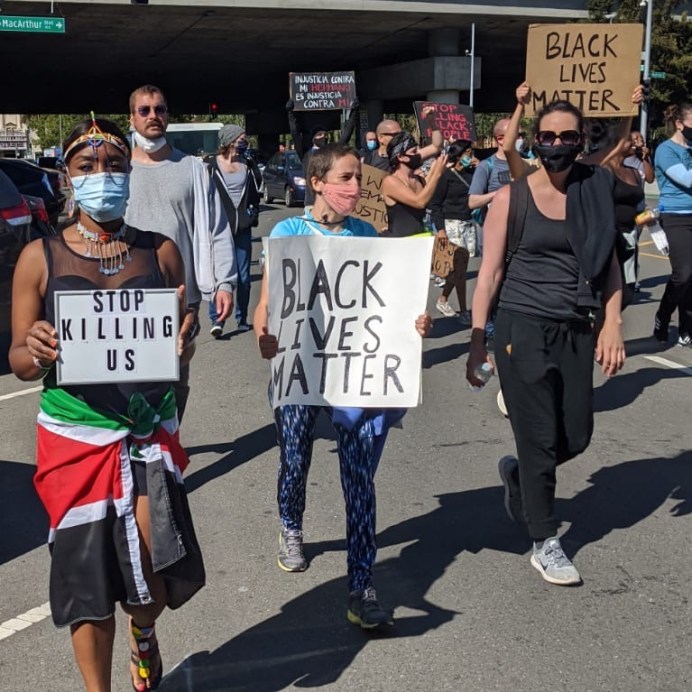 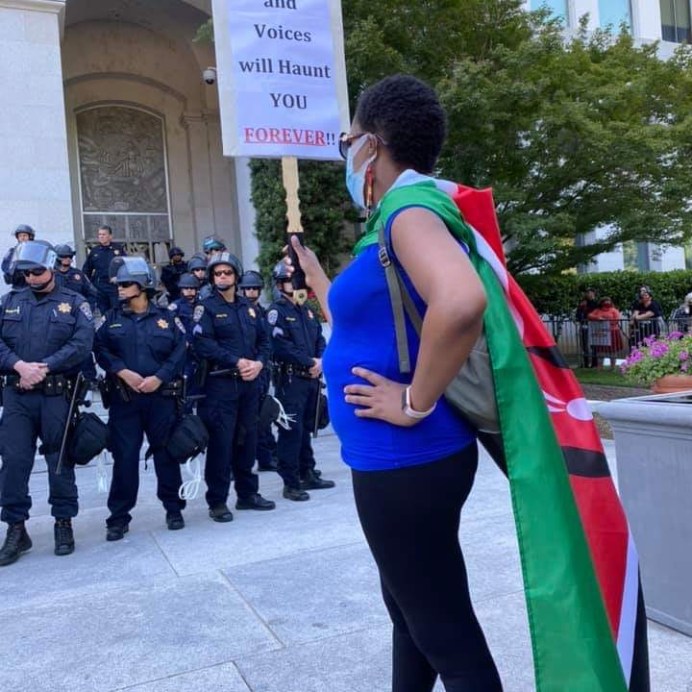 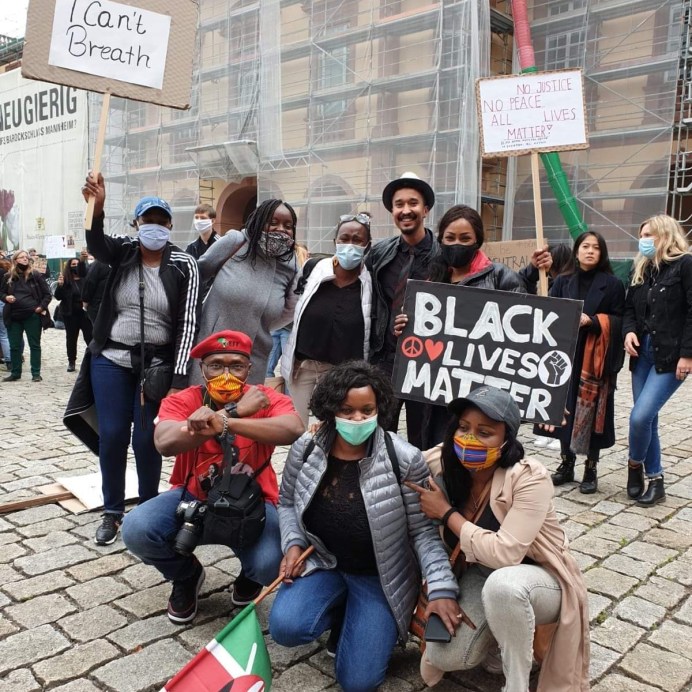 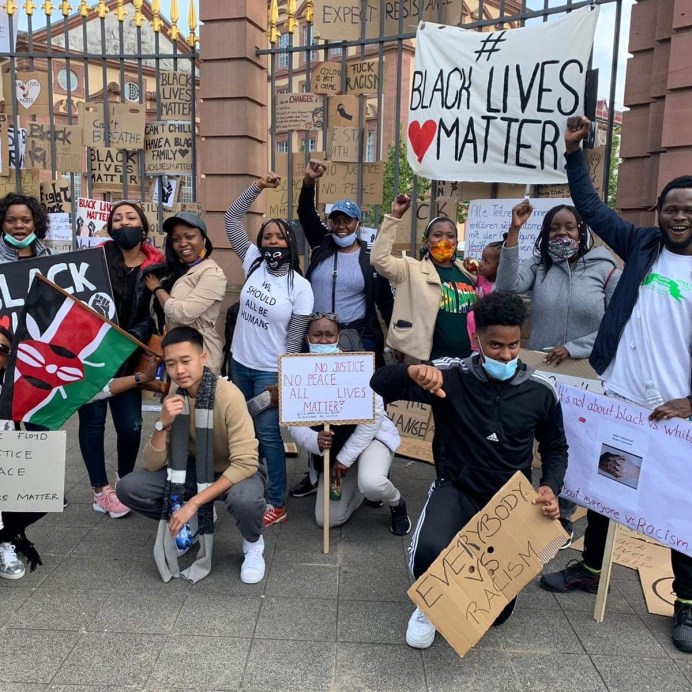 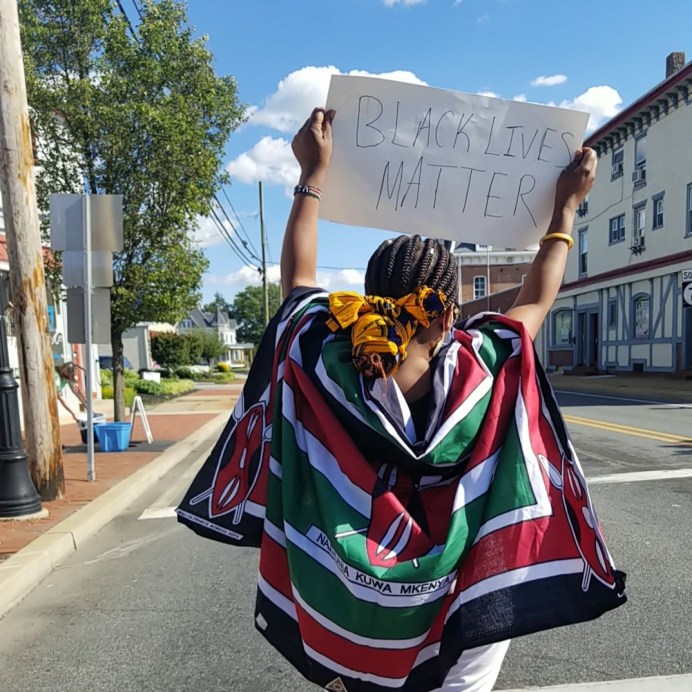 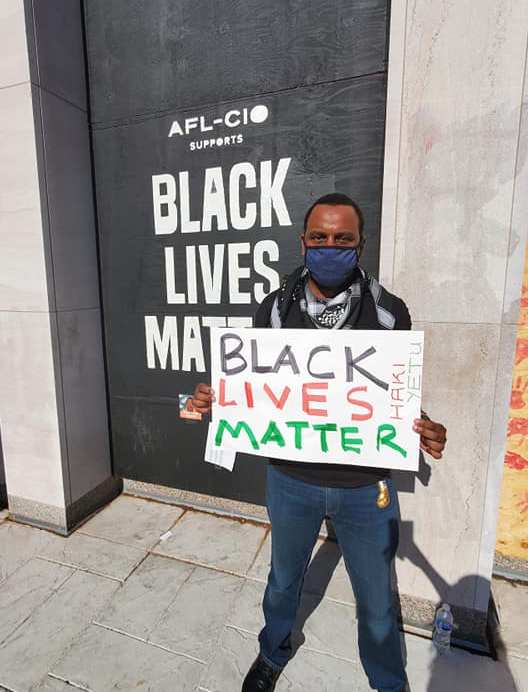 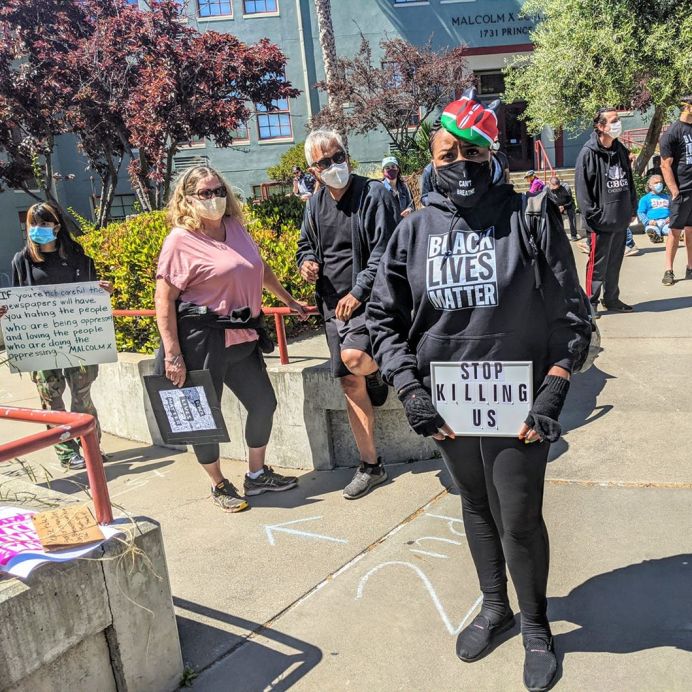 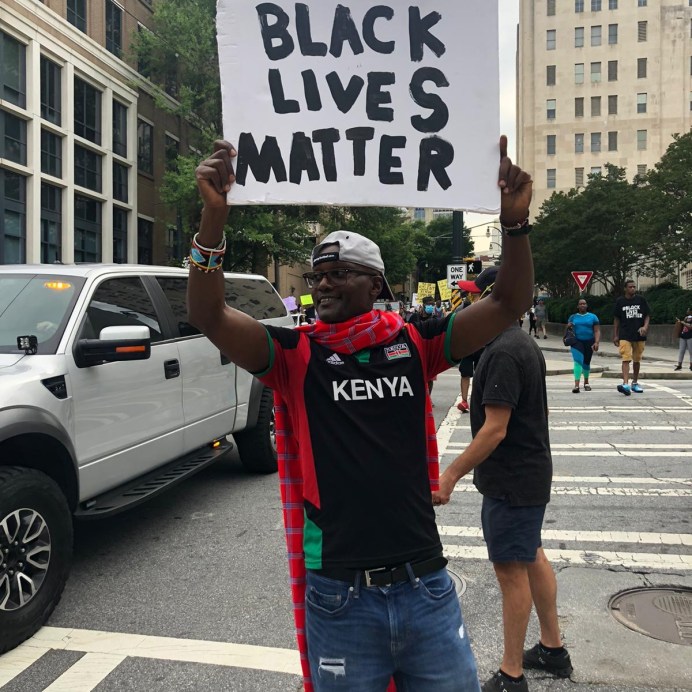 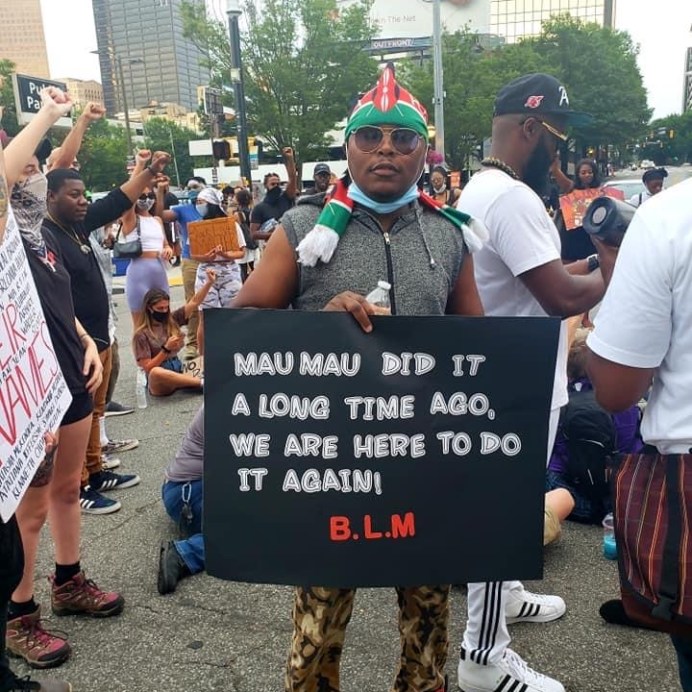 ☝Follow the Link(s) up to under "The Source"; and Watch Ms. Owens' Video.

These people look like they were out there to take photos and have fun. Come back home if you don't have anything better to do in the US. The treatment of black americans by police in the US is not a matter to joke about and facebook about.

Proud to be Kenyan but let us think about the corruption and ukabila back home.

When a cop pulls over a black man on American streets, he does not ask whether you are African American or African. Black is black and the treatment is the same. Actually a black immigrants suffers more because they have to bring in his immigration status.

So we are protesting for our sons who keep being harassed on the roads of America. We have even lost some in unexplained circumstance while in police custody.

This is not true from what i hear. If they know you are not a local black ( forget my terminology) they treat you better. Don't hide your accent.

No they don't. Abner Louima, Amadou Diallo, Ousmane Zongo, Jonathan Deng, Mohamed Bah, Alfred Olango, David Felix would all disagree. Someone is lying to you. These killers are more likely to try to scare immigrants with threats about immigration. Don't labor under the illusion that there is something inherently pathological about American blackness to which black people from Africa are impervious. Go back to whoever lied to you and ask what empirical evidence they have to support their moronic statements.

After you win the war, we will jump into the next British Airways and come to enjoy the fruits of your sweat. Meanwhile, Kenya cannot have such a movement like BLM because of deep tribal attitudes which splits would be demonstrators depending on who initiated the protests. If say, it's Orengo, all kikuyu will stay away.