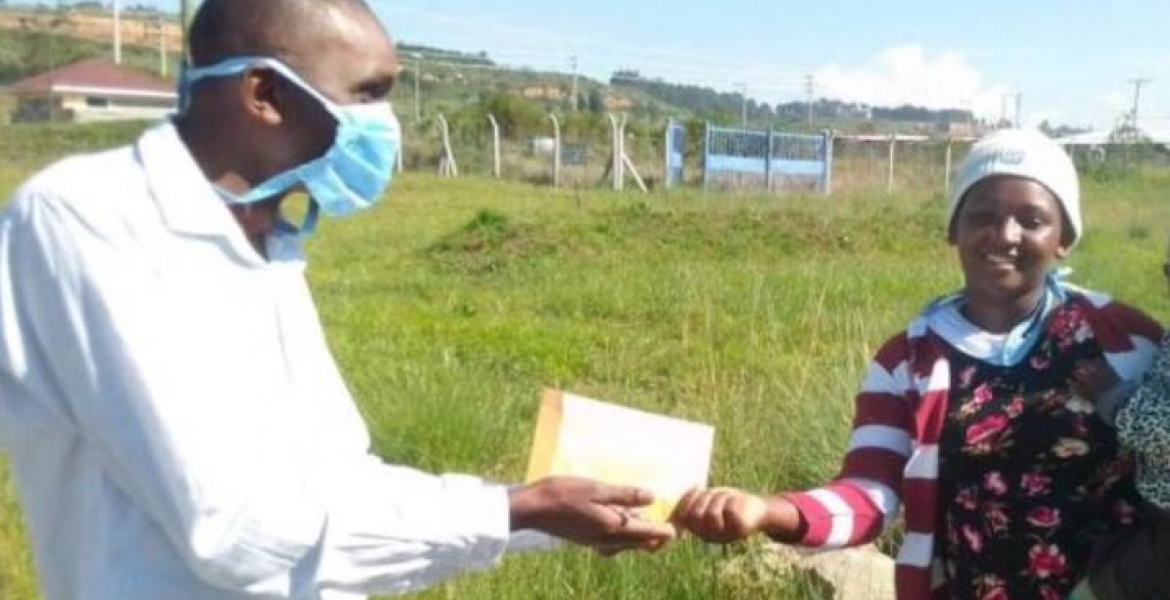 A group of Kenyan men living aborad has come to the aid of a woman who was tortured by her monster husband.

The woman, Charity Wairimu, was attacked by her husband James Kifo, 30, in Tharaka-Nithi County last month for allegedly cheating on him.

The man is said to have inserted pepper, onion, and salt in her genitals before sealing them off with superglue. He also glued her ears, and mouth before fleeing the scene and leaving her behind.

The Kenya Men Empowerment Network (KEMEN), an association of Kenyan men living in the diaspora, has donated $460 (Sh46,000) towards Wairimu medical expenses.

KEMEN spokesperson Alfred Omondi said the association was touched by the woman’s plight and medical appeal.

“We decided to raise whatever little that we had so that she can get medication. We are glad that she is now responding well to treatment,” said Omondi.

The donation was handed over to Wairimu by The Standard reporter James Munyeki to help her buy medicine.

“I want to thank our friends abroad as the funds will assist me to buy some medication that I was lacking,” said Wairimu.

Wairimu, 23, is recuperating at her mother’s home in Njabini, Nyandarua County after undergoing treatment at JM Memorial Hospital.

“The referral system was able to take the needy lady from Nyandarua and treat her and we are glad she is getting better,” Nyandarua Health CEC Dr. John Njenga said.

Kifo was arrested in Kitui by detectives from the Directorate of Criminal Investigations (DCI) on May 21st.

He was nabbed alongside another suspect, James Murogi Maingi, who was harboring him in his house. The DCI said Murogi is known for practicing witchcraft within Kaningo, Kitui.

Thank you for your solidarity. I hope you will invest in educating men to stop violence against women. This is a pandemic in Kenya and other countries that need men's and boys' engagement. Empowering women is not enough, if men are not challenged, prosecuted for such evil towards women and girls. This is a human crisis, and I am glad to these these men in diaspora show their support. The perpetrator needs to go to jail for life. He wanted to torture and kill her. She survived a nightmare that she will confront the rest of her life. May God have mercy on her.