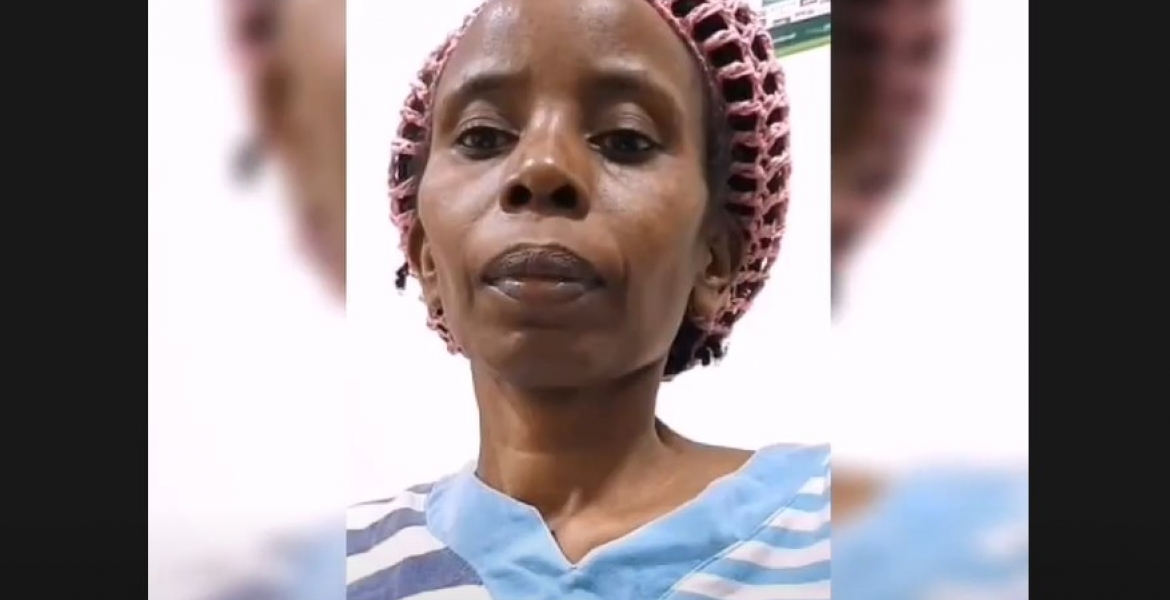 The Foreign Affairs Ministry has refuted claims that the Kenyan Embassy in Riyadh, Saudi Arabia is to blame for the death of a Kenyan woman named Rahab Njeri.

This came after a section of Kenyans working in Saudi Arabia demanded the dismissal of officials at the Kenyan Embassy in Riyadh over the woman’s death.

“Our own Kenyan passed on because of a human being who does not care about someone else’s life…President Uhuru Kenyatta, we are pleading; remove these people from the embassy here,” a visibly agitated Kenyan woman said in a video posted online.

She claimed that an official at the Kenyan mission declined to sign a letter that would have allowed ailing Njeri to be admitted to a hospital for medication.

They said Njeri was first taken to hospital on March 15th, 2020 by the embassy and was later discharged and asked to stay with a fellow Kenyan.

Her health status later worsened and was taken to a private facility where she underwent surgery but she was required to be admitted at a public hospital for specialized care.

“We have tried our best because the Government of Saudi [Arabia] needed a letter from the Embassy that we did not get,” a male Kenyan said in the video.

He said she passed out shortly after she was asked to leave the embassy. She was rushed to the hospital but was pronounced dead on arrival.

But in a statement on Thursday, the ministry denied these claims, terming them as false and malicious. It noted that the woman died in a hospital where the Kenyan embassy had booked her.

“Rahab Njeri Wachira, died in hospital on 14 June 2020 and not while seeking assistance at the Embassy. This notwithstanding, the death of a Kenyan abroad, irrespective of the circumstances, is always a concern to the Ministry both at Headquarters and to our Embassies on the ground,” the statement read.

The ministry added that she was given all the necessary assistance by the mission despite her irregular status, lack of medical insurance, and other relevant documents.

“Rahab was a run-away domestic worker and therefore had no medical insurance, no residency permit as well as other relevant documentation. An individual of such an irregular status would normally not get hospital admission and medical treatment, amongst other services in Saudi Arabia.”

“The Embassy did intervene and took her to Al-Imam Abdurrahman Al-Faisal Hospital – Riyadh in an ambulance on 7th March 2020 where Rahab underwent a surgical operation, the Embassy wrote to the same hospital requesting for Rahab’s admission for medical care and follow-up on 22nd May 2020. Rahab’s condition worsened and she was admitted to King Fahad Medical City on 14th June 2020 where she died on the same day,” the ministry added.

“It is standard practice that Kenyans traveling abroad for work or other reasons take medical and other insurance for the duration of their stay abroad to cater to various emergencies including sickness and death.”

They government need to stop those agencies practicing slave trade. Those girls say they were sold by the agencies.

It is standard practice that Kenyans traveling abroad for work or other reasons take medical and other insurance for the duration of their stay abroad to cater to various emergencies including sickness and death.”
What a lie......

Who is taking this, the govement is so shady and can never help you. Here in the US we are pleading for the kenyan Embassy assistance and they are deaf ears. i wish we could get someone who knows how to work in the diaspora and get their stuffs together

The embassy should cone clean on this.

Ati her irregular status? Who pays you? Is it your job to determine her status and act on it, or to protect Kenya, Kenyans and their interests? The Kenyan tax payer, including the late with her family pay you! Their taxes pay your foolish asses! You think Njeri left her homeland gleefully to come and be a slave to these racists? You should be ashamed and very apologetic for your govts failure to protect its people. Bure Kabisa.

Medical and other insurance! You are dumb fool. It’s as if you don’t know the stressful and terrible situations immigrants work in while abroad. Our Embassies have failed us everywhere. In Saudi Arabia where Kenyan domestic workers are treated like slaves and even worse than animals, what have you done to protect them? Anyway I understand. You do not care. Like most Kenyans, you work for money not people.

RIP SISTER,
All of know that human rights doesn't exist for any African workers in Saudia.
The Kenyan embassy should have taken care of this....but like UHURUS GOVERNMENT,
THEY JUST DON'T CARE.