Kenyan Women Stranded in the Middle East Cry Out for Help 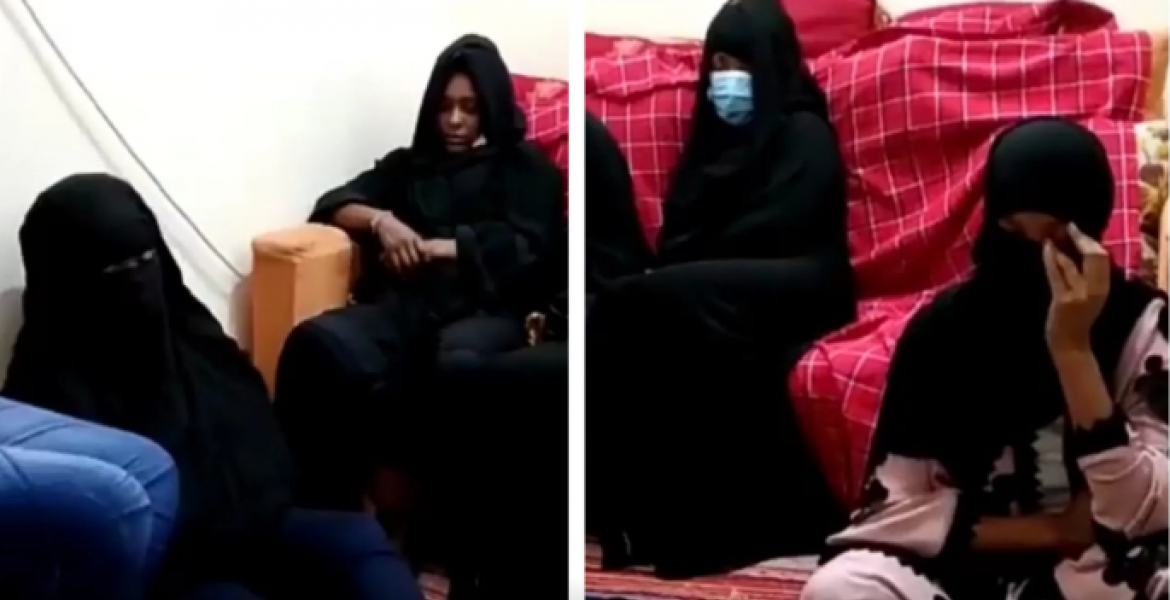 A group of Kenyan women stranded in the Middle East amid the Covid-19 pandemic has pleaded with the government to come to their rescue.

Through a video released online, the women narrated the suffering they are going through in Bahrain after they lost their jobs as a result of the Covid-19 crisis.

They want the government to facilitate their evacuation back into the country. One of the women identified only as Susan said most Kenyans were rendered jobless and cannot afford food, shelter and other basic needs.

“I am one of the Kenyans in Bahrain and we are pleading with the Kenyan government to help Kenyans come back home by resuming flights,” she says in the video.

She adds, “Some Kenyans have been suffering since early March, some have lost their jobs, no food, no place to stay no salary. Some are ready to go back home because they are stranded.

The video elicited mixed reactions among Kenyans online, who are now calling on the government to intervene and repatriate the group and other Kenyans stuck abroad.

Since March, the government through the Ministry of Foreign Affairs and various Kenyan missions abroad has facilitated the evacuation of at least 1,000 Kenyans stuck in foreign countries.

The government organized a number of Kenya Airways flights to ferry home Kenyans from the United Kingdom, China, and India at their own cost.

Any other country would consider this their responsibility. They are there because there are no jobs in Kenya. They are bringing $$$$. Uhuru would rather spend money on luxury jets to Caribbean and west africa for prestige purposes.

And all those people stuck at whatever country in the Middle Eastern went there at heir own volition. No body asked them to go except themselves. I don’t understand how now this has turned out to be a Uhuru issue! Kenyans have to blame the other guy whenever things go wrong!

They went there on their own volition to help themselves and the country. Open your mind sir!

None of these people has helped me in any way. They went there to make their dough. My tax money should not be spent repatriating them. Buy medicine for Wanjiku but not luxury flights to and from Bahrain. When on vaccation most of these Kenyans treat us like 3rd class citizens. Carry your cross.

AKIHT, they are asking to be repatriated at their own cost, but there are no flights