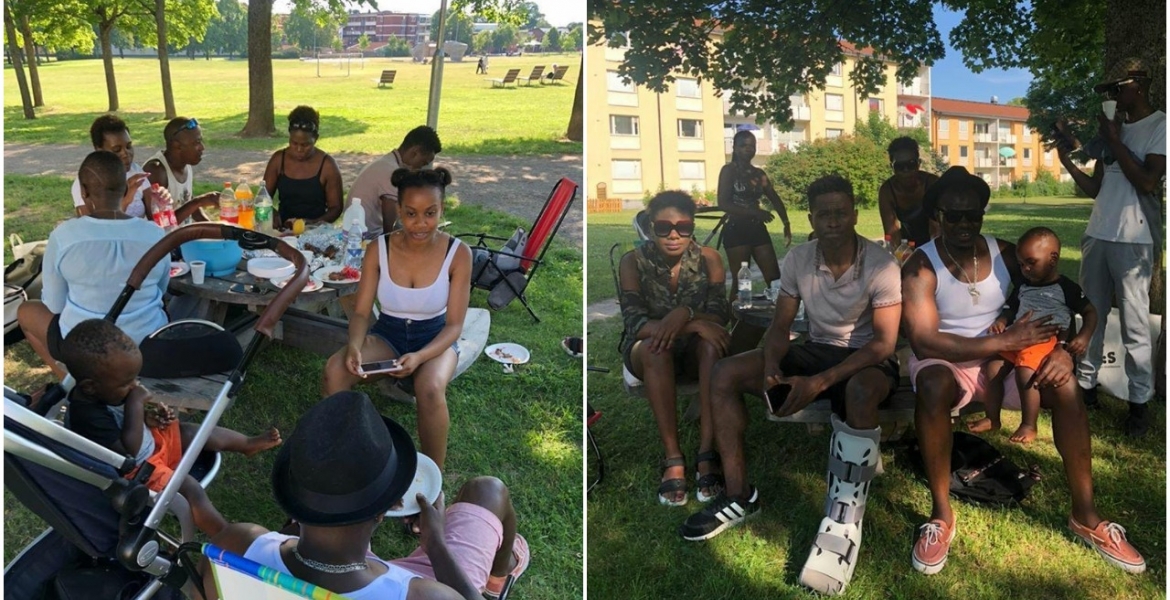 Harambee Stars defender Eric Ouma, alias Marcelo, received a surprise visit from a group of Kenyans living in Sweden after he recently suffered a fibula fracture while training.

Ouma, who plays for Swedish top-tier side AIK Football, picked the injury while training four weeks ago.

He was admitted to the hospital where he underwent a surgical operation and later discharged to recover at home.

In a rare gesture, a group of about 15 Kenyans led by Mercy Rita visited the 23-year-old left-back on Friday at his residence to pray and wish him a quick recovery. The injury is likely to keep him out of action for at least two months.

Ouma has been a key figure for Harambee Stars and was part of the national team that took part in the 2019 Africa Cup of Nations in Egypt.

He joined AIK in 2019 after an impressive season at Vasalunds IF, another Swedish side. He previously played for Georgian club Kolkheti Poti and Kenya Premier League (KPL) champions Gor Mahia.