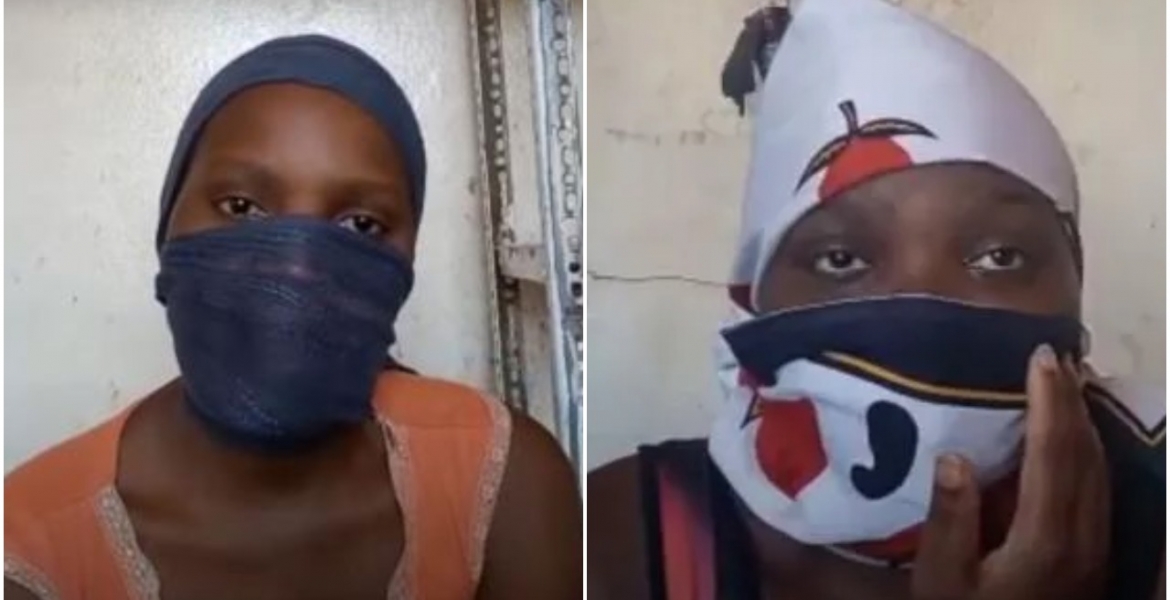 Two Kenyan women allegedly held hostage in Lebanon after they lost their jobs in the wake of the Covid-19 pandemic are crying out for help.

In a video shared by Daily Nation on Sunday, the two ladies claim they were locked in a house by their agent together with other women of different nationalities.

One of the two Kenyan women says those locked in the house receive only one meal per day and they are asked to part with huge amounts of money when they demand to return home.

"The food we receive only comes for a day. For example, when you are given a slice of sandwich, that is breakfast, lunch, and supper for that day. We are many girls here and the food is not enough," she adds.

She further notes that there are many Kenyans in Lebanon who were rendered jobless by the pandemic and are presently living in the streets.

"We have colleagues who were thrown into the streets and have no help. They have phones but lack the internet and there is no way they can get to us," she quips.

The second woman reveals that she was destined for Qatar when she left Kenya in 2019 but she found herself in Lebanon, where she first worked for a harsh employer before being transferred to another agency.

"After I complained, they sent me to another employer and they kept my money claiming that if I did not send the money home, I should let them keep it for me," she says.

Barely three months into her new job, ugly protests broke out in the Middle East nation, and by the time the situation normalized, the Covid-19 pandemic set in.

Its better china for black people than middle eastern countries and America.

They will be taken care of by the BBI. It will cure everything

What's the embassy in Lebanon doing?
They know these agencies...arrested them..
But if the Government had focused on developing the country these ladies would still be in Kenya.
How many more will suffer and die before UHURU and his team acts?

This is human trafficking and Uhuru and his government is doing nothing about it.

You people make me wonder where you been all this time. The failed gava cant even pay its own self, let alone find $$ to steal. Its become that bad or at least it was before IMF, world bank gave those 5 year LOANS last month. Am sure you know the story...kwanza wakule, then they give their election donors and you wananchi fight over the crumbs.
These dozen Wanjikus in Lebanon dont keep these guys awake at night when they have million more nyumbani. At least Ethioipian flew out its maids free from Lebanon and only charged for the hotel stay ya quarantine. Fisi za KQ are all about pesa even as they become defunct. Remember these Wanjikus next time you hear ppl payuka about Kenya being sijui greatest economy in East Africa for the rich, but not mwananchi