Kenyan-Born Woman Elated After Graduating from US Military Academy 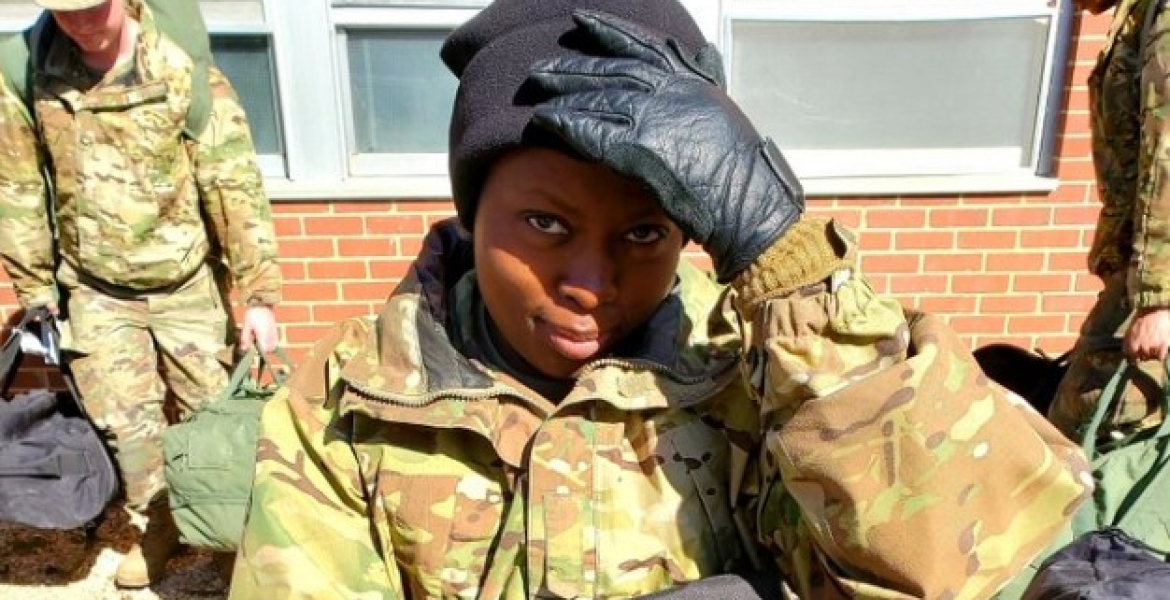 A Kenyan woman took to social media to celebrate her graduation from the US military academy following what she termed as a rigorous training process.

Through her Instagram page, Lesa Kilonzo expressed her joy over her achievement, describing her journey to joining the uniformed forces as one of the most difficult things she has done in her life.

“It’s been one hell of a ride!! One of the most challenging things I’ve done in my life (unplanned and unprovoked lol)..Today I’m grateful coz we graduated!!!!” she wrote.

Lesa explained that she made an application to join the military after moving to the US from Kenya on a Green Card.

“I came with a green card then applied…quite some time back they used to recruit people even if you’re not legally in the states but it changed and now you have to be legal,” she told her fans.

Lesa was congratulated by many Kenyans on social media who expressed pride over her achievement.

A good number of Kenyans online also took the opportunity to ask for guidance on how to join the US army.

The US military has five branches of service including the Army, Navy, Air Force, Coast Guard, and Marine Corps.

If you are not an American citizen, you must have a permanent resident card (Green Card), must be living in the US and be able to speak, read, and write English fluently to be allowed to join the military.

West Point? How long was the course? Current rank? Looks like trying to confuse or puff up your achievement.
Lt. 2nd class is lowest commissioned officer rank. If regular Askari, you are a private. Which is which?

@ Mwangi - no one climbs the tree from the top; you have to climb from the bottom and work your way up! Don’t be jealous of a young lady who took the challenge to better her life!

You do not k ow anything about the military by the way you have marbled things here!

Many have started as a private and end up being general officers!

Guess what @ mwangi, no one is keeping you from joining any branch of the military! So just chill dude!! Wivubis what is killing Kenyans in America!

CONGRATULATIONS baby girl.
Great way to get citizenship.
But, don't let them SENIORS sexual harass you.
Speak up.
Good luck though.

Please be honest about what women in the Military have to endure. Rape and sexual assault are the norm. Do some research before joining. Some things are not worth "citizenship" for this country that does not care about black people.

Self defeatist mentality! Everything @njeri says is pure lies! Kinda surprised because the Kikuyu women I know are highly driven and motivated.

This Njeri here is a colossal liar!! She is talking from an ignorant point of view! I hope she is not talking about the US Army because I have a lot of female friends in the military and they love it!

@njeri - you have portrayed a negative view of a woman who never served. And by any chance if you attempted to serve, you enlisted with a motive of f@cking around and that is why you failed! You are still probably milking the US government with fake disabilities while talking shit from a distance! If that is not so, give your enlistment number here so we can look you up to confirm your lying silly facts! Did anyone force you to join the military!? Ok then - how come you did not join the Kenya army!? Shame on you bitch!

You are just an over rated trash who can’t accomplish a thing! Which military did you serve? Your attitude smells like your dirty ass when you smell it yourself! You cunt!

No wonder you are jealous of a new recruit because @Njeri you disastrously failed! Which fast food joint are you flipping burgers now?

The Army is not for the faint hearted; the weaklings! @njeri, you could not cut it because of your level of indiscipline to follow simple instructions. Stop talking carca for simply not fitting in! Surely you did not expect your mother to be your drill; did you?

Weak women like you @njeri who only knows “STFU” are poster girls for failure, and a poor example for dedicated women! Have a chain link of kids from different men and live your silly life.

Congratulations Kilonzo! All the best!

Good job lady, don't let the downers with crab mentality get you. You are young and if you so wish you will rise up the ranks. But nothing feels more rewarding than completing a daunting task & for that congratulations! You can do anything!

@ mugikuyu, you should talk to your friend @Mwangi with the first comment here and tell him jealousy is like cancer! It is eating him more to be jealous about Kilonzo.

He sounds unhinged about a do nothing with @ kilonzo’s achievement. I’m surprised a kikuyu can be this cruel with a fellow Kenyan female!

Congratulations Kilonzo! Please work hard and make some ranks through promotions! You made the right decision to join the military.

It is far much better than bursting (washing) dishes in some restaurant in America! You have the opportunity to advance through ranks, and as well you can use the GI Bill to attend college.