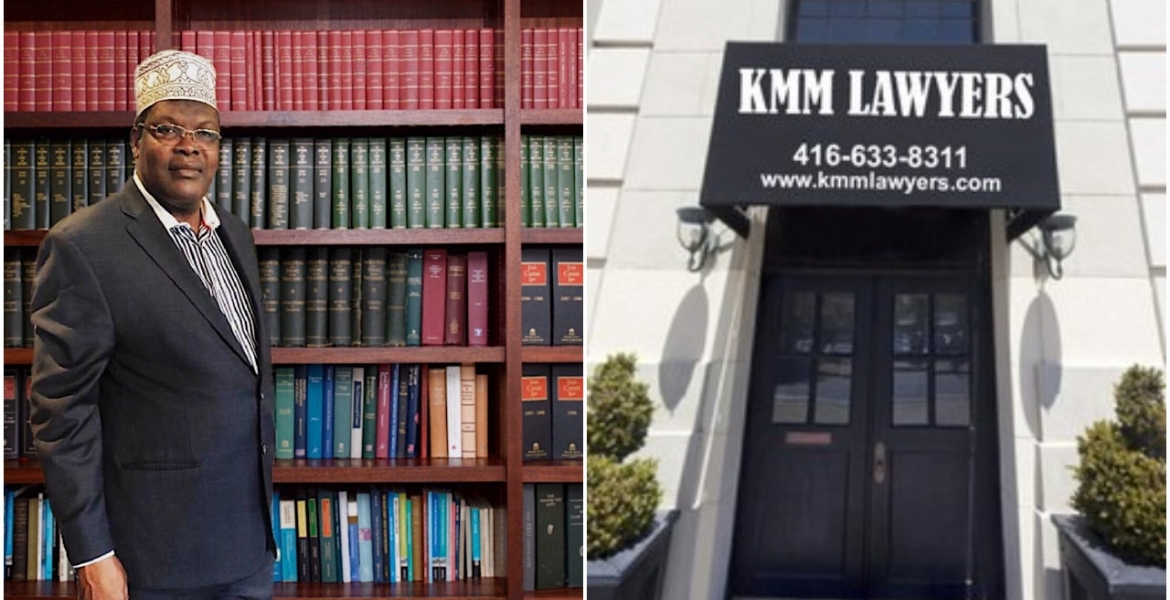 Kenyan-Canadian attorney Miguna Miguna has established a new law firm with operations in five countries in North America and the Caribbean.

Miguna, through Twitter, said he co-founded the firm with Canadian-Jamaican lawyer Courtney Kazembe, a long-time friend he met at college in 1990.

The law firm named KMM Lawyers will have full-time offices in Canada and Jamaica as well as teams authorized to practice in the US (New York), Barbados, and Trinidad & Tobago.

“Courtney Kazembe and I first met at Osgoode Hall Law School of York University in 1990. 30 years on, we have founded KMM LAWYERS (formerly Kazembe & Associates PC) with offices in Toronto and Jamaica and a team of lawyers called to the Bar in New York, Ontario, Jamaica, Barbados, and Trinidad & Tobago. Thank you,” Miguna wrote on Twitter.

Prior to moving back to Kenya in 2007, Miguna worked as a barrister in Canada with a focus on civil rights and immigration. He is also an advocate of the High Court of Kenya.

Miguna holds a Bachelor of Arts degree in Politics and Philosophy from the University of Toronto as well as a Bachelor’s and Master’s in Law from Osgoode School of Law at York University. He was admitted to the Ontario Bar in 1995.

Luo’s as a tribe should operate in the international levels like Miguna Miguna.

Luo’s already had their first Luo’s president, he was called Barack Obama.

To see Luo’s claiming to “Finish the Journey” with a shameless alcoholic kikuyu who is a career hardened criminal and his cult of demonic supporters is very disturbing.

BBI is a death trap. There is no way the demonic cult will embrace other tribes. It goes against their personal beliefs.

Guesty, aka Guest1, Viva the Luo! Who needs other tribes, like cheating Luhyas, or thieving Kikuyus? Viva. When a Luo steals, like Raila did with the Molasses Plant, it is not a Crime, because he is a Luo. Even when a Luo attempts to kill someone else with a gun, like Babu Owino did, it is not a Crime. But the problem here is that he shot another Luo... Tribe comes first to you, so who will you defend, the Luo shooter, or the Luo who was shot?

A Man of Conviction...

congratulations will definitely be using his services

You must be a criminal in America, or worse, a gang member. Why will you be consuming voraciously MM legal services? You bad boy/girl. Reform.

Miguna Miguna your law firm will fail before you open.Wewe ni mjuaji, know it all.No client will trust you.I highly doubt your qualifications as a lawyer.Your a fake lawyer n human rights activist.

mr DR/lawyer MIGUNA MIGUNA or whatever he professes to be is a fugitive from JUSTICE in his own COUNTRY yet he considers himself to be some kind of upstanding person in Ontario. he should be sent back to his home country of KENYA to face criminal charges. CANADA is way too nice to these criminals from other countries and they need to start tossing out the BUMS .

Best of luck MM! Hope everything works well for you.

All about Miguna's new partner: