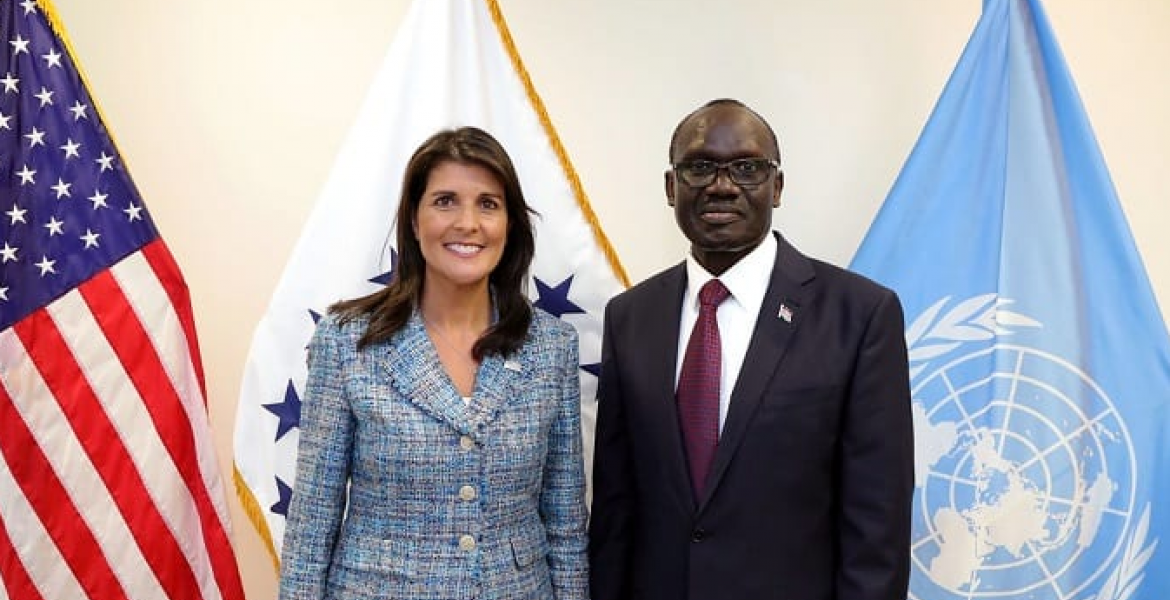 New Kenyan Ambassador to the US Lazarus Amayo has submitted his diplomatic credentials to President Trump.

Amayo, who reported for duty in Washington DC this week, was among eight foreign diplomats who presented their Letters of Credence to Trump in a ceremony at the White House on Friday.

The acceptance of the credentials makes Amayo the Ambassador Extraordinary and Plenipotentiary of the Republic of Kenya to the US.

He was appointed to the position by President Kenyatta in May last year to replace Robinson Njeru Githae but he could not report immediately due to what the Foreign Affairs Ministry termed as “procedural matters.”

Before landing this appointment, Amayo served as Kenya’s Permanent Representative to the United Nations in New York.

He is hailed as one of the most experienced Kenyan diplomats having served in several ambassadorial positions in the past 20 years. His first diplomatic posting was as High Commissioner to India, serving between 1999 to 2004.

He was appointed as the acting Permanent Secretary at the Ministry of Foreign Affairs where he served for two years between 2004 and 2006. He also doubled up as the acting Director of Administration and Head of International Organizations and Conferences in the same Ministry.

Before joining the diplomatic world in 1999, he served as Chief Executive Officer of Catering Levy Trustees, a State corporation, from 1993 to 1997. He has also previously served as Human Resource Manager at the Kenya Posts and Telecommunications Corporation.

From 1989 to 1992, Amayo served as the MP for Karachuonyo Constituency, having been elected on a KANU ticket. In the same period, he also served as Assistant Minister for Education.

I you guys talking about okiki Amayo or the elder brother of Lazarus Amayo,the article looks wrong

He has held a lot of positions. What has he accomplished? Never mind. He is a father of three how did I miss that.

We need new blood we are tired off recycled material DC will be the same inefficient, rude and no work ethics at all. Uhuru and RAO can do better than that.

We need a total overhaul Washington DC embassy. All the staff there are so unprofessional

@bmore - they have been unprofessional since 1980. everyonce in a while an ambassador comes along who gets some order in the house, then he gets transferred and thing go back to usual when another nincompoop comes along.