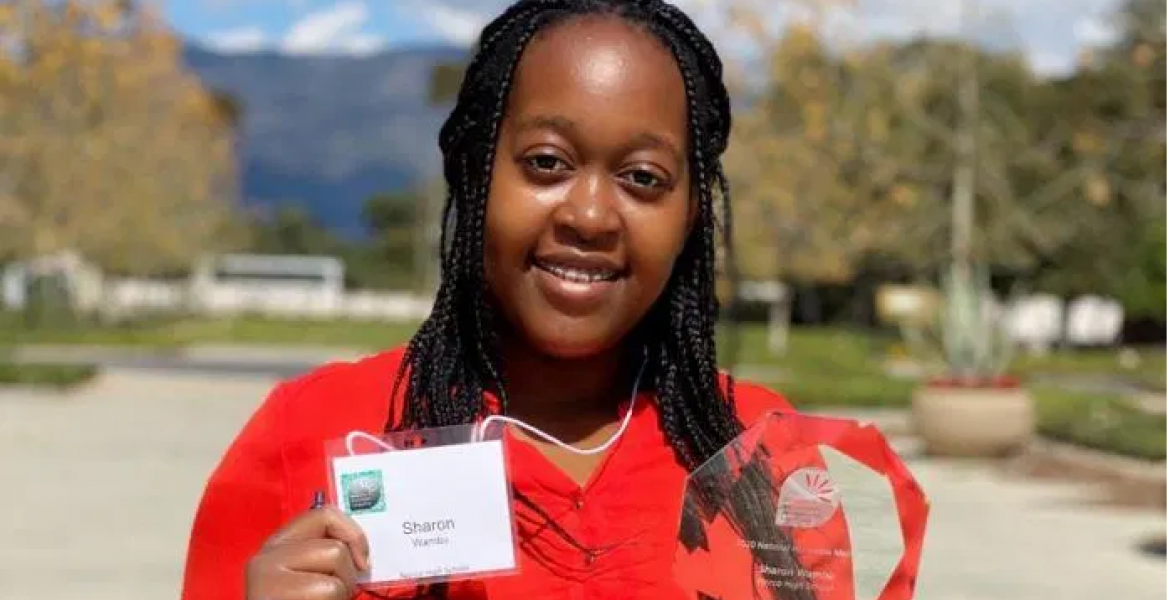 A Kenyan-American teenager who was accepted to several prestigious universities in the US after completing her high school education earlier this year has finally made her choice.

Sharon Njeri Wambu, whose parents immigrated to the US from Kenya, received acceptance to 11 top universities including Harvard, Stanford, Columbia, Cal Poly Pomona, and Vanderbilt.

Sharon, who graduated from Norco High in Norco, California, has chosen to join Stanford University to pursue Computer Science, according to African Warrior Magazine.

"I am excited to study computer science in college. In the future, I would like to use software engineering to work on platforms where people can share experiences with each other. I actually didn’t know I would venture into this field until the summer before my senior year. I feel that computer science gives me a tangible way to solve problems around me, and I appreciate the creativity that computer science requires, " she told the outlet in an interview.

"I now have the opportunity to not only improve my coding skills but also make connections with established engineers and receive funding and mentorship for my future projects. As a Kenyan American, I have faced some of the misconceptions that some people have about Kenya and other countries like it. Perhaps using technology such as virtual reality, I can show people the beautiful country, the value put on education, and the complex issues that Kenya is dealing with."

In April, Sharon's mother Sarah said her daughter’s acceptance to the 11 prestigious colleges did not come as a surprise, saying that Sharon put in all the hard work.

Great choice. Many of our kids have gone there. They also have great scholarship programs.

CONGRATULATIONS baby girl..
The SKY is the limit.
GOD BLESS YOU.

Proud of you Njeri namesake. Excellence is the Key word. We are rooting for you with Kenyan Spirit and prayers.

Njeri, NOTHING is impossible in this world. CONGRATULATIONS!

So proud of you and this momentous achievement. Go on and show the world what Kenyans are capable of and that we do indeed have a wonderful country. You are are great example to the young people especially the previledged who forget the sacrifices their parents have made. Great job!

Well done,you did it.