#DramaZaKenyansAbroad: Kenyans in the Diaspora Mocked for 'Leading Flashy Lifestyles' 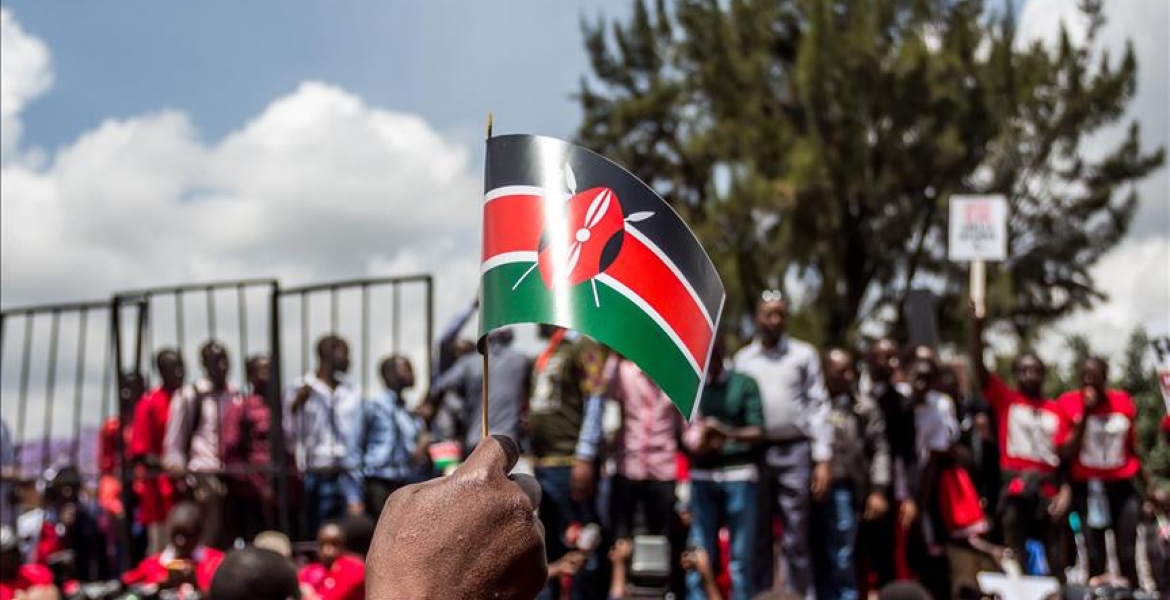 The question of whether the government should evacuate citizens stranded and suffering abroad has sparked a heated debate among Kenyans on Twitter.

This follows the recent appeals by some Kenyans, especially those working in the Middle East, seeking to be flown home after they lost their jobs or were being mistreated by their employers. Others cited concerns over their safety and poor working conditions.

Using hashtag #DramaZaKenyansAbroad, Kenyans on Twitter called out their compatriots who move abroad for work but end up ‘broke’. They accused them of living large as soon as they start making money in the diaspora, forgetting their goals and their roots.

But there were a few who defended Kenyans living and working abroad, citing the billions of shillings they send back home annually. Kenya is the fourth-largest recipient of diaspora remittances in Africa behind Egypt, Nigeria, and Ghana.

Below are some of the reactions.

@CollinceIcloud said: “A country that is unable to protect her children abroad is a failed government, so many Kenyans suffering overseas yet the respective embassy ain’t hearing shit #DramaZaKenyansAbroad.”

@LaQueenJ wrote: “Kenyans fly abroad to get a better life. After reaching there, they get a better life that they needed and forget about their hardships here in Kenya. #DramaZaKenyansAbroad.”

@KunguWaNjenga tweeted: “Some people leave Kenya to go and work abroad, which is a good thing. Some of these people, when they get there, forget all they've been through back home. Instead of saving and supporting their families, they choose to live luxurious lifestyles #DramaZaKenyansAbroad.”

@MChachapo said: “They go abroad then end up engaged to the whites and forget about home,,,,,worse they start calling us dark continent with nothing to offer but when they can't  breath they come here for us to trend there hashtags. Puthuuuuuu!!!! #DramaZaKenyansAbroad.”

@Sam22632025 stated: “Data from CBK on monthly remittances by Kenyans in diaspora.  In fact, the government should be flying stranded Kenyans back in private planes. Use the balance to buy antidepressants for all the bitter people hating on them for no reason. #dramazakenyansabroad.”

@_hirram said: “Lots of respect Kenyans in the diaspora. These guys are sending back home close to $3 billion annually and you're here asking why some return home broke? yaani more than even our revenues from tourism. Acheni ujinga. #DramaZaKenyansAbroad.”

@abbiezuena posted: “The Govt can ensure that our people are well educated and informed on the investment opportunities abroad and how to engage foreign countries without having to necessarily live or relocate to those countries. #DramaZaKenyansAbroad.”

Anyone working overseas should never burden the home country asking for help to return home! The cardinal rule of economics 101 is to leave within the means of what you have, and to make sure that you have kept 6 months worth of savings in case of any dire emergency!

Granted in case go so wrong, you can use part of the savings in the bank to return home if you so deem necessary to do so!

Still remember that you are still a citizen of Kenya! And unless you become naturalized in abroad, you may be required to evacuate in a moment’s notice!

I personally have never believed that the government is the answer to all my problems ( and I certainly got no problems) because I am blessed!

Kanyi I agree with you, however some people want to live for the moment and forget that rainy day. A lot of people will say they have no money to save, but if they take hard look on their spending, they may be able to divert some of the money to a rainy day account. I tell my children to record every expenditure be it a pack of gum for about a month, then look it over to see where the money actuary goes.

Everybody should live by your money discipline program! This is the way one can learn from spending mistakes to savings on monthly basis! It works over time!

TUWACHE wivu JAMENI.
Some fall on hard times.
Let's be a little sympathetic.

6 months of emergency savings is a pipe dream for majority of people living in USA whether citizens or immigrants. Most people live from paycheck to paycheck. They can barely keep up with basics like rent, food, and utilities. Telling such people to save is like asking for water from a rock. Just watch how long the food bank lines are every day. All it takes is one accident, an illness, divorce, or lay-off and everything crumbles. Eviction, car repossession, foreclosure, bank overdrafts etc.. quickly follow.

Quite true but if one is an immigrant, regardless of how much he/she makes, saving at least 10% will nicely add up!

The average savings in an American household is minus one percent (-1%)! And for most immigrants, the rate of savings is minus (-) 23%. At this rate of savings, you are living far below the poverty level - weather in America or in Kenya for that matter!

Those who practice the discipline of putting money away (savings) end up far much well off! You will also find that all those negative issues (divorce, etc) you have mentioned here come about because of money problems!

Save a portion of your money (10% of your earning every month) and avoid debts! Stop trying to keep up with the Jones’s and prioritize in all your money spending decisions! You don’t have to drive a new car or wear new clothes if you can nearly afford! You have to sacrifice to be able to save!

Your spending should always be less than what you earn! Right now you are living in a situation where your earned income minus your consumption (spending) is equal one! It is simply called the marginal propensity theory! Of course consumption means a lot of things.....

It is all doable; many have done it and they are now enjoying the money they put away for a rainy day!

@mumbi - start saving something little today! You can do it! It is prideful to have some savings! Believe me!!

This Covid 19 episode have taught us great lessons! That you can have a job, a business, car, home, etc; and all that can get wiped out within days! The Chinese do not care about you. They want every body to be submissive to them; yes, I say submissive but we shall overcome what they have done to the world. Literally!!

Right now I’m making it on a very lean budget of some money I slowly saved up when things were rosy! The guy talking about savings seems to know what he is saying!

I used those steps here saying to save my money! I felt like a dummy when I started, but it has all come full circle when I least expected the need to tap on my savings to arise!!! I am not an economist but I live like one! Now I know the value of savings!

And as things continue to get tougher, In just tightening my belt hoping it shall be ok soon! You can save too! Just do it!!

And yes you are correct @ Hali’s I! I started with buying a 1/8 of an acre to build some rentals back home about 15 years ago!

I build three rentals there two years later! Today, I have over 20 acres in different locations with rental property and small shops, a couple of butcheries, etc.

The income is flowing in every month! Tenants put my money directly to a bank account. The money is taking care of me and several relatives (life of an African man is like a village - like it or not) there!

I could have done better if I did not get conned along the way! And just imagine I am also having to help those who derailed me (family members and a few so called friends) But it is all good!!Life is good! I’m happy to say the least!! But it sure does take a lot of sacrifices!!

It takes a rude shock like covid19 to make folks wake up as far as managing money! Trump kept talking and we all laid low hoping for change in November 2020!

But the China man came and talked louder than Trump with something you cannot see, feel or touch! But you can the devastating effects of covid19!

People will definitely wake up from the dreamland once covid19 retreat back to china. That is All I can say for now!!

No need to be so myopic. I live in the USA where I work a professional job and earn about 10 million kenya shillings a year, I have invested in Mexico and Canada and doing so well. You don’t have to do it in Kenya where marauding thieves are out of control waiting to steal you hard earned proceeds.

The world seems small to some, like Mkenya Halisi. People invest and live wherever they want. It's not a must to invest in Kenya. In any case, they will steal the investment at night with forged documents

Ok agent of doom @exdiasporian!!! @halisi gave some good ideas to help others who feel uncertain on the way to go! You just poured a bucket of cold water on all those good ideas! You can invest any where you wish in this world!

I have property n Argentina and CoastaL Rica! I vacation there regularly! I have made great friends in the two countries!

I feel more at home (safety wise) in those countries than I feel in Nairobi because no one tried to rob in South America!

I have been robbed in Nairobi twice! And that is my home country!!! So bad such crazy things happen in Kenya. This is the ugly side of the life you guys live there!

Property theft is almost a normal event in Kenya! Your politicians are the worst thieves, and it has now trickled down to neighbors (DP Ruto visa vis Muteshi)!

We all know thieves don’t sleep where you are! You could be one of the thieves since America trained well before they deported you! But you will not keep us from investing in our motherland! We were born there and we are doing more from far than you are doing being local!

All we are saying is for people to look into various investment vehicle options both in the diaspora and at home! It is much cheaper to invest in Kenya!

Remember! The world is a very small place! You can now travel across the world in 15 hours or less! Your world appears huge to the ignorant bunch who do not value venturing and the value of traveling!