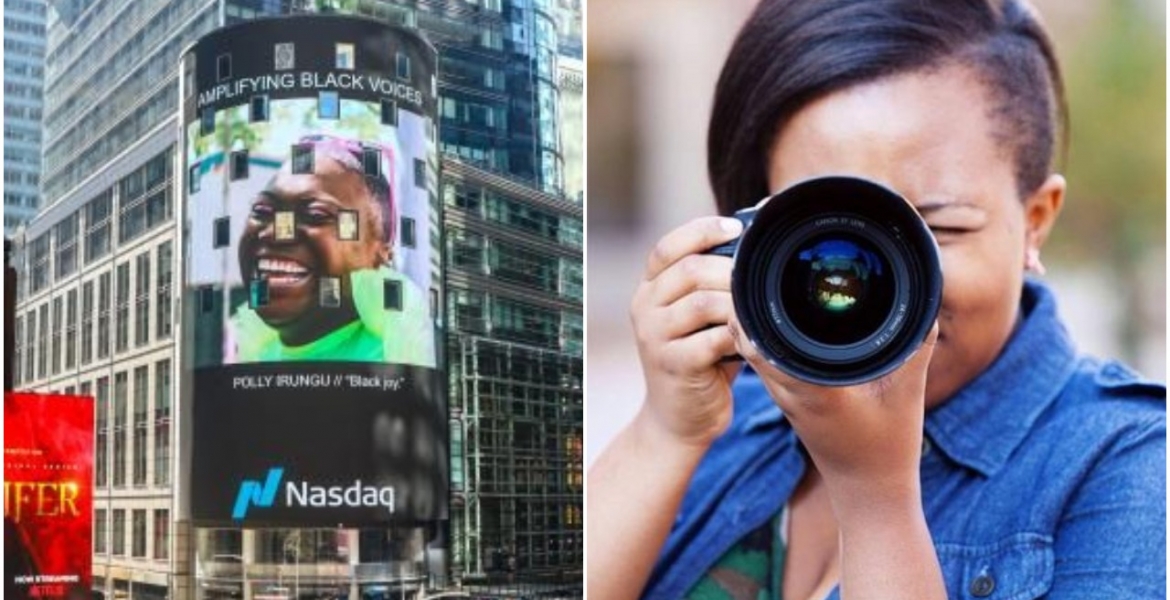 Polly’s photos were featured at the world-famous commercial intersection by Nasdaq in its campaign dubbed Amplifying Black Voices.

The campaign aims at recognizing outstanding work done by people of color by displaying it on Nasdaq MarketSite, a seven-storey tower in Times Square.

“I’m not going to lie, it was hard. It’s not every day you get the opportunity to have your work shown on a tower in Times Square by Nasdaq.”

“I chose these photos to showcase black women in all their glory. I want members of my Black Women Photographers (BWP) community to remember their power, their joy and to never forget who they are,” said Polly.

Polly, who is the founder of Black Women Photographers (BWP), works with New York Public Radio (WYNC) as a Digital Content Editor.

Her work has previously been published in the Washington Post, BuzzFeed, CNN among others.

Polly was born in Nairobi and currently lives in Brooklyn, New York.