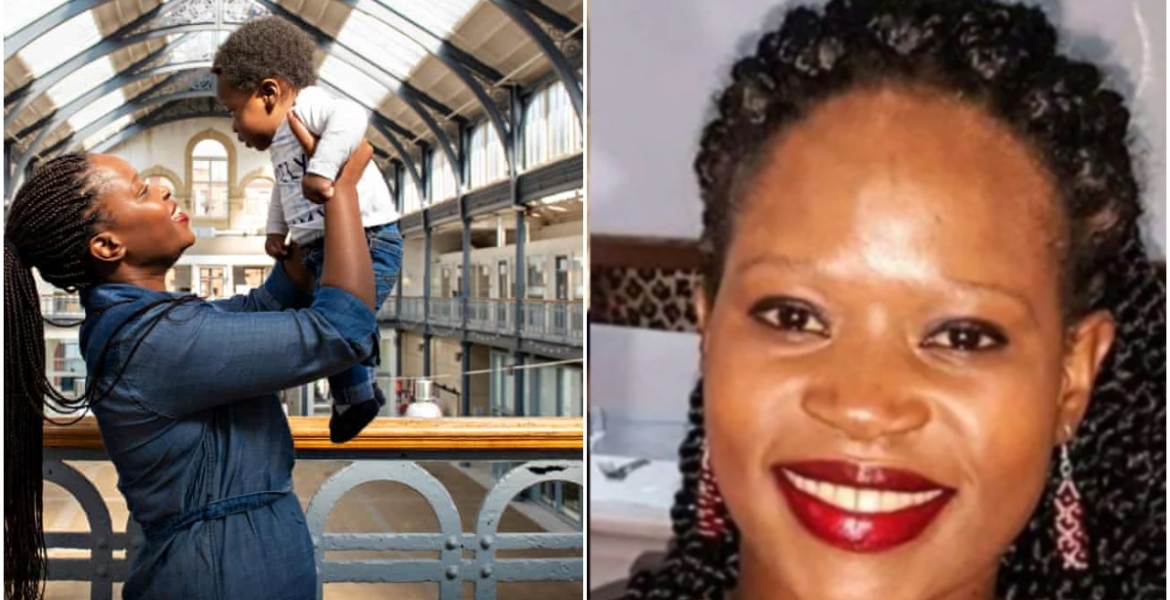 Police in the UK are probing the death of a Ugandan-born woman who was found dead in a flat in Glasgow, Scotland on August 22nd.

The lifeless body of 34-year-old Mercy Baguma, an asylum seeker from Uganda, was found inside her room with her distressed one-year-old son crying next to her, according to reports in the UK.

It is said the woman was living in extreme poverty and may have starved to death and her son was malnourished and required treatment, the Independent reported.

Reports indicate Baguma lost her job after her limited leave to remain immigration status expired and had been relying on food from friends and charitable organizations.

Positive Action in Housing (PAIH), a charity organization, said the deceased had reached out to them five days before her death but she went mute.

“Had she lived she would have been a high priority for a crisis payment from our emergency relief fund. The question remains, why are mothers and babies being left to go hungry in this city, and why is it being left to charities and volunteers to pick up the pieces?" said PAIH director Robina Qureshi.

"Mercy Baguma was an asylum seeker in the UK. Denied work because of her migration status, she died in extreme poverty next to her malnourished baby boy. This is where anti-migrant policy leads. We should build a society rooted in compassion and solidarity, not division and hate," she argued.

Her friends are raising money to cater for burial expenses and the welfare of the deceased’s son.

"We are raising money to give her a proper send-off and something for her son. Please consider helping out her loved ones through this difficult time as they navigate this tragedy and move forward in life without her," said Bridget, one of the organizers.

Where were these friends when she was starving?

Good question! Now they are collecting to give her a good send off! Eeeh?

Kenyans are pieces of work; but everything said and done; even with our nonsensical tribalism, we are deep down good people and love our fellow Kenyans.

Wow @seneca - you are all over the map! The lady is from Uganda! But I commend you for correcting yourself in understanding tribal diversity is part of humanity! So, I will be quite generous with you this time around! But, read the whole story before you rash to comment! Please!!

So you know your tribalism is nonsensical @seneca?? I get you! you just realized tribalism has kept your mind locked in a box of ignorance? Now, what are you gonna do to change your long shackled mental attitude now reality has hit 🏡 home??

@seneca - you do not read the story before jumping in to comment; fo you??? When did Uganda become Kenya?? Huge differences in every way! Anyway! Read first!!!

I've always commented on this forum about us being one. Someone somewhere knew about her and what she was going through.
Please let's learn from our own experiences and at least try and help our African brothers and sisters in need.
Most of us have one thing in common...
WE CAME TO GET A BETTER LIFE.
RIP GIRL

I have lived in the diaspora a while now In that time conditions for immigrants and asylum seekers have worsened. Familial support is hard due to distance and people aren't willing to tell their families that things are rough. I'm just curious where baba mtoto was during this time. He does live in Scotland so unless he is totally disengaged from his son, there was ample time to see the deteriorating circumstances. The child has lost one parent so hopefully the father will step up and failing that, let the child go back to Uganda

Dying of starvation Kwani there are no food banks in Scotland.Please reveal the true cause of death.Baba mtoto alikuwa Wapi.Ikiwa ni mihadarati,au alijiua semeni ukweli.Rest in peace most probably you did not know where to look for help but you should have thought of your son before doing the unthinkable.This child will be raised by foreigners then when and if lucky will go to Africa to look for his kin like Obama surely as parents we must do better.