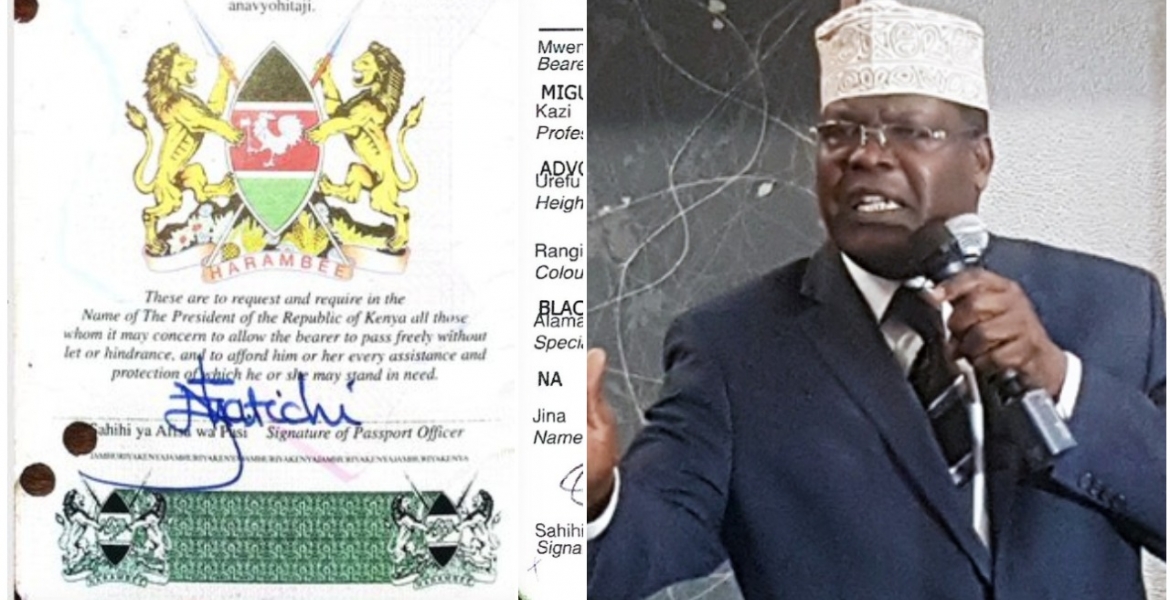 Firebrand lawyer and politician Miguna Miguna says his Kenyan passport which was confiscated by immigration officials on February 6th, 2018 has been returned to him.

Miguna through Twitter on Sunday said the passport was retrieved from the High Court registrar in Nairobi by his lawyers.

He went on to share photos of the perforated passport which was issued to him in March 2009 and which has since expired.

“After more than two and a half years of constant demands and presser, my lawyers eventually retrieved the perforated Kenyan passport from the High Court Registrar at Nairobi. The TRUTH cannot be hidden, or LIES peddled, forever,” Miguna wrote. 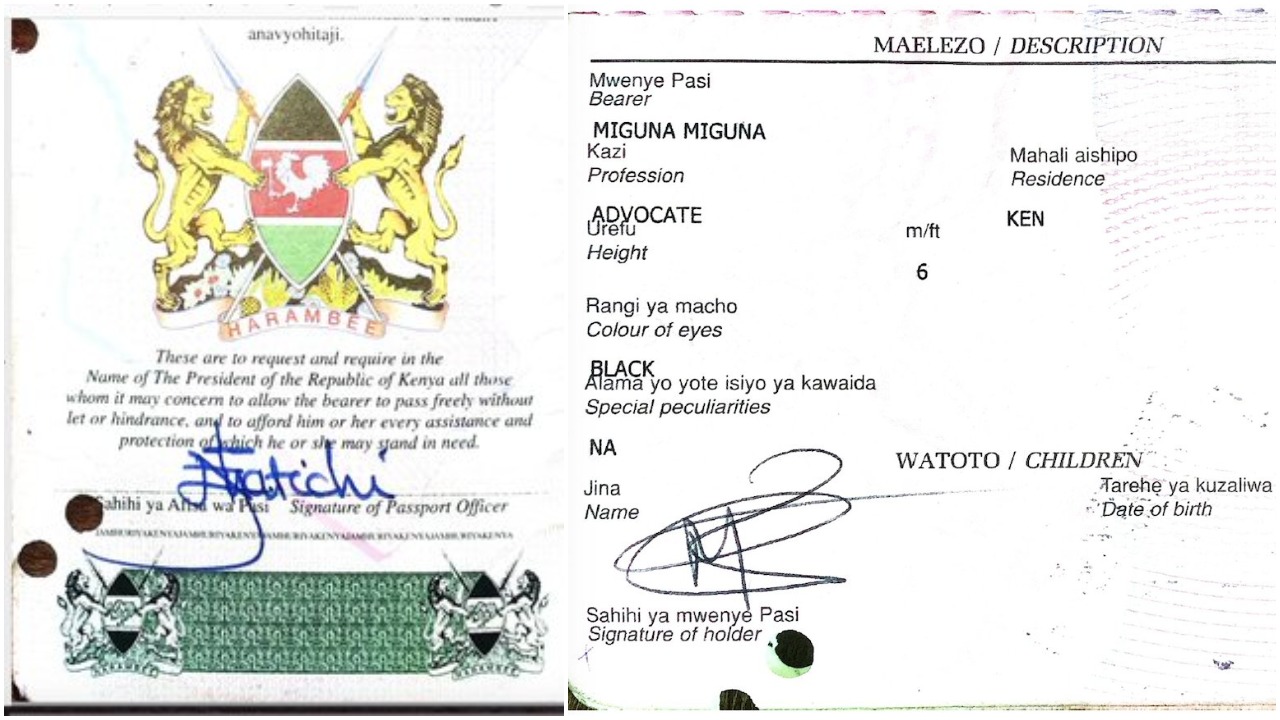 Miguna was first deported to Canada in February 2018 days after his arrest over his role in the mock swearing-in of ODM leader Raila Odinga.

The immigration department later said that Miguna was in Kenya illegally as he had renounced his Kenyan citizenship when acquiring a Canadian passport.

The following month, Miguna attempted to return to Kenya through JKIA but was banished after spending several hours at the airport’s detention facility.

His trip to the country early this year was thwarted midway after the government allegedly issued a red alert against him.

In December 2018, the High Court ruled that Miguna is a Kenyan by birth, and holding a Canadian passport does not deny him his birthright.

In his ruling, Justice Chacha Mwita declared that the State violated his rights by deporting him and awarded Miguna Sh7.2 million in compensation.

Perforated passport? They should have replaced it with a new one. These despots!!

Now that you have your expired passport back, the hard work begins. Remember, having a passport is not a right but a privilege. As such, you could be denied. Zip your mouth and take the ride.

This big baby needs some kindergarten classes. You cannot fight everyone and succeed. He has attacked every one with a name in Kenya Posted very offence malicious dirt on Innocent individuals and offices.
I would like him to come to Kenya and be offered a chance to grow up. Obviously now that he was not tough by his mother the world should take over.