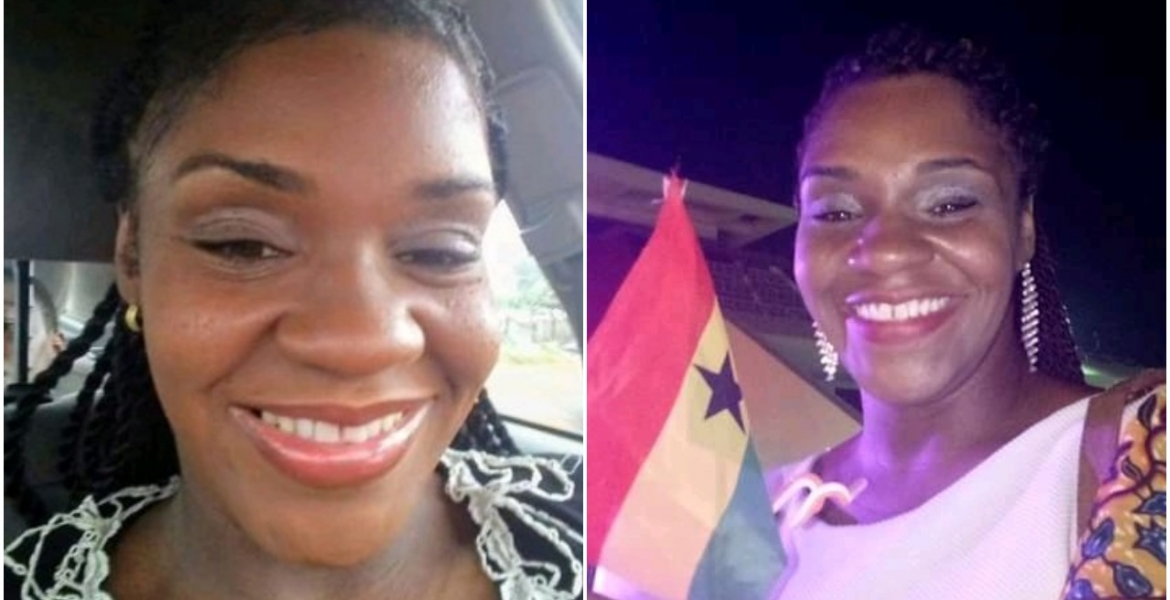 A 35-year-old African-American woman who relocated to Ghana from the US seven years ago says this is one of the best decisions she has ever made in her life.

Tiffany Soulbird, who moved to Ghana in 2013 after a DNA test confirmed her African roots, says she does not regret her decision to leave California, where she lived.

In a series of tweets, Tiffany explained that her desire to move to Ghana was aroused by her six-month trip to the West African country in 2010.

“I had been fascinated by Ghana ever since I found out through my aunt’s ancestry DNA test that we had ancestors from here. And I believe it was my ancestors that were ultimately guiding me to come here from the time I was a teenager,” she wrote.

“In 2010, I made a trip to Ghana, W. Africa. It was 6 months that changed my life. For me, it was an important part of piecing together my identity. I swore I’d come back. So in 2013, I made the move from Southern California to Ghana, West Africa & I haven’t looked back,” she added.

Tiffany, a freelance writer, and editor noted that life in the US was quite expensive and recalled a time when she was broke to a point of begging a bus driver to allow her to pay less fare.

She added that her mother who was living in Los Angeles was struggling financially before she agreed to move with her to Ghana.

“My mother chose to come with me because she needed a break, as she was struggling with the cost of living (live in L.A is expensive…) and also she was just stressed out to the point of being on disability,” the mother of two asserted.

Although there are challenges such as poor infrastructure, unpaved roads, power outages, and sanitation problems in Ghana, Tiffany says life is better there compared to the US.

Tiffany’s family now enjoys a healthy lifestyle which has enabled her and her mom to become more fit, affordable cost of living, and friendly environment with welcoming locals.

“I’m glad to call Ghana my 2nd home. Even if you wouldn’t live here permanently, I suggest every person of African descent visit Ghana for at least a month. You’ll be warmly welcomed, filled with good food, baked in sunshine, & overall very enriched by the experience.” she stated.

Africans, home is best. I am telling you. Those of you who want to age in America can do so at your own peril. I admire the African Americans who are relocating to Africa. And remember, we do not shoot people for being black.

We do not want any black on black violence either. Never mind we have have enough of it in tribal violence.

True. You use pangas to chop them up and fire to burn them in churches because of their last name. Next you're gonna tell me the police in Kenya don't do extra judicial executions. I plan to retire to Kenya but I'm not delusional about tribal animosities.

A Nigerian friend once admitted to me that of all the West African countries, Ghana is the least corrupt, most attractive , stable and friendly country in that region.
Countries that were former British protectorates are the better choice for relocation of Americans and Europeans looking to move back to Africa

My sister thumbs up let’s us enjoy our mother Africa.U did very well for moving away from the modern slavery aka the west heavenly where many work day n night as slaves.U did the smartest thing to move to Africa.Forget the tarmacked roads in states?Ru gonna eat roads,sleep on them??U will pay higher taxes monthly to pay for the roads for its debt n maintenance?.Its a I stay n relax with very less stress in a country where roads rnot well done but I have peace of mind,no mortgage,don’t have to pay for electricity bills coz I use solar,I cook with biogas n my water comes from the well.But kila mtu na maisha yake.

Mkenya halisi, I hope you purify your water because a well water has lots of minerals and soon your teeth will be as brown as the soil. But you are a son of the soil, I guess.