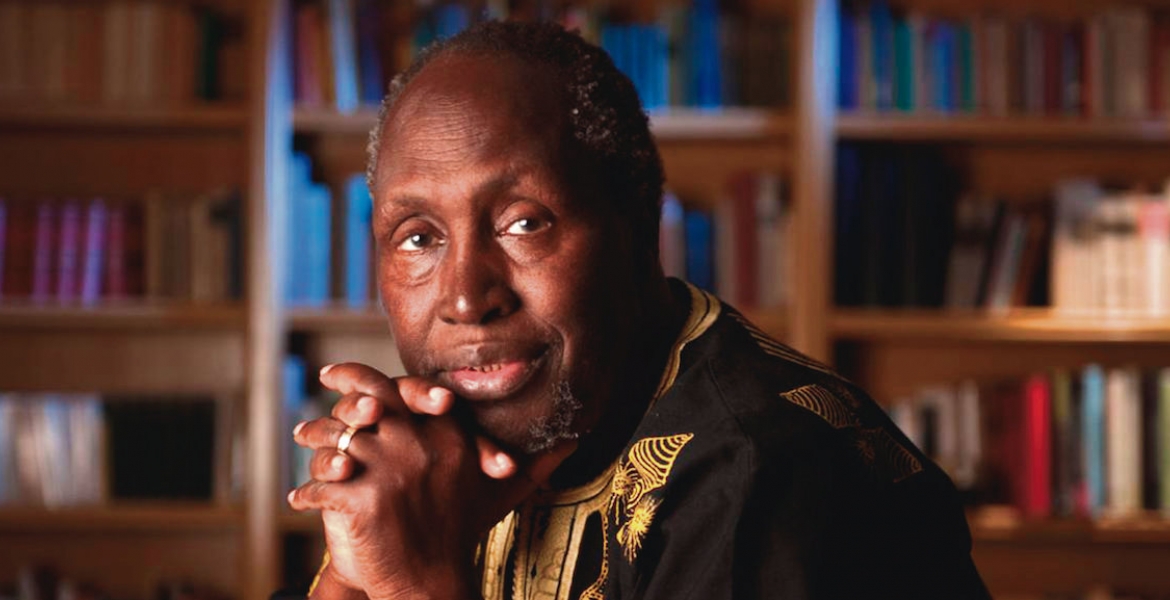 Ngugi was feted by the Catalonia government during the 31st Catalonia International Prize awards presided over by the President of Catalonia, Quim Torra on Thursday.

Ngugi in his acceptance speech delivered in his native Kikuyu language said he received the news about the award in December 2019 when he was in a hospital bed after undergoing heart surgery in California.

“Just before they took me to the operating room, I wrote a will. Hence, when I received the news that I had been feted, I felt alive again, like I was being celebrated in the land of the living. I was so happy that tears were balancing in my eyes,” Ngugi said.

The award-winning Kenyan writer trounced 74 other candidates from 35 different countries to scoop the prize.

Some of Ngugi’s novels include Weep Not Child, A Grain of Wheat, The River Between, Petals of Blood, Caitaani Mutharaba-ini, and Mũrogi wa Kagogo.

Ngugi, Congratulations. I take off my hat for you.

Saving african culture from miles away. Congratulations. You are a great cultural warrior while all we have here a cultural pretenders masquerading as elders.