Kenyan Mother Seeks Help to Raise $25,000 to Ferry Son's Body from US to Kenya for Burial 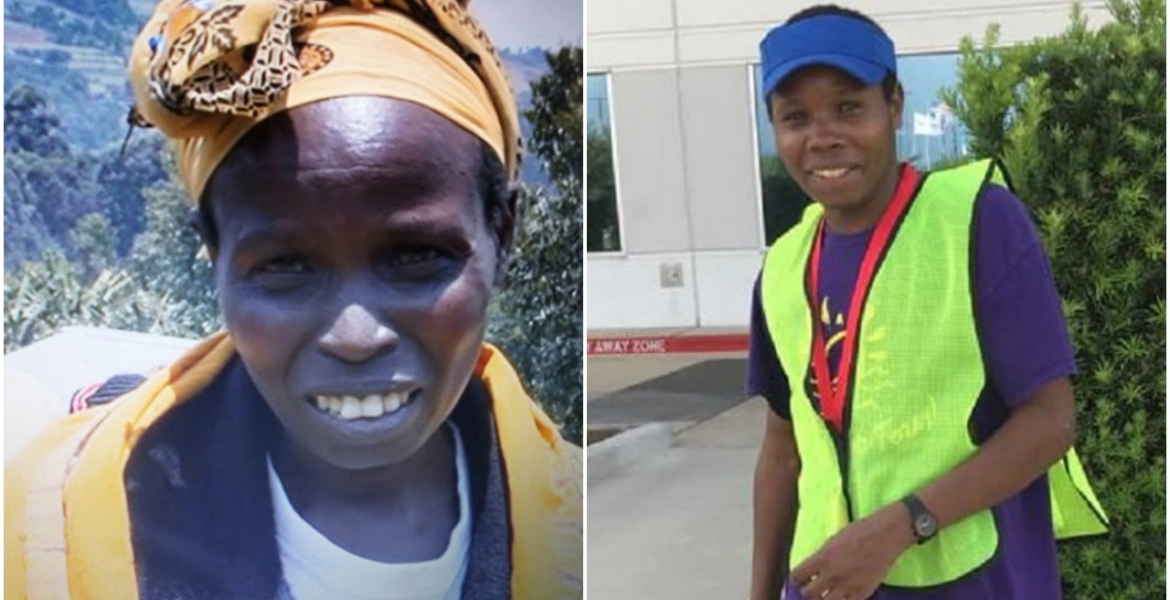 A Kenyan mother whose son recently died in the US has appealed for help from the government and well-wishers to airlift his remains to Kenya for burial.

Paulina Chebet’s first-born son, Geoffrey Chepkwony was on August 29th found dead in a bayou at 49 Jacinto Street in Houston, Texas by members of the public who reported to area police. Following the report, divers were sent to the scene to retrieve the body with initial examination showing there were no signs of trauma.

Police confirmed his identity after running fingerprints in the database, which enabled them to get his contacts and those of his former roommate, Sam Makaya to inform him of his death.

Chepkwony, who moved to the US in 2014 after winning a green card, was on medication after developing a mental condition, according to Makaya.

The family from Ruandet village, Bomet County is seeking to raise Sh2.5 million ($25,000) to airlift the body of the 26-year-old home. Chebet, a single mother of two, is yet to know the results of the postmortem examination.

“I am crying for help from anyone so that we can bring the body of my son home… I have no one to look up to for support,” Chebet said on Saturday.

“I never got to know what he was ailing from …the last time we talked was March 16 when he called. Since then I have only been talking with his friend, inquiring how he was coping.”

Plans are underway for Makaya to obtain the power of attorney from the deceased’s mother so that he can get the body released to him. Chepkwony had no family in the US.

The Kenyan community in Houston is already fundraising with the purpose of repatriating the deceased’s body to Kenya.

Donations can be direct donations to:

Poleni. May his soul Rest In Peace.

Pole mama..
The Kenyan community in Houston should be able to raise this funds.

Houston team... please get this issue resolved ASAP so the mother can bury the son.. I believe in, you can do it...

Mmmh so sad.Kenyans in diaspora r always told to join chamas which contribute such monies but wengi wanakataa.Ur told you buy yr life insurance wanakataa then when such issues arise tunasumbua wakenya wake wenigine so to me just burn the body faith 1000$ then pay 800$ for air ticket of one person to take the ash home.But sisi wakristo tunapenda kuexxagerate kila kitu.I like the way muslins do ukikufaa before the day unazikwa no matter which country ur.

You sound like satan's last born idiot. I hope you or your family member goes through this and your bodies be burnt down without your relatives. You kist read that he had mental issues hence not aire whether he had even a job. Hopefully you develop some mental issues too and drown. No one is forcing you to contribute. Take your evil heart to your broke account.

Do the dead resurrect after wasting all that money to transport the cargo to Kenya?I wish Kenyans/human beings support or pay hospital bills and medicine for the living.I wish someone cries for financial help while still alive.Yangu ni CREMATION on the spot of death,yaani nearest crematory center.

Some Traditions or Customs do not allow Cremations except under very, very Unavoidable circumstances.

Can Pauline opt to have her son cremated in the USA, and have his ashes sent to her for burial? It is a much cheaper way of burying her son. I respectfully ask this question.

No. She wants to See her Son for last time and Bury him Kimila chao. She is a Village mother who doesn't know better or otherwise.

@Guest1. True and i wish she will get to see her son for the last time. But $25k to a villager is a ton of money. She does not have the money, so she should consider other options. If the situation was different and the son was sick, then asking for medical expenses would be ok. My $0.02

Sorry for the loss, can paulina fly to Houston see the body and cremation process and take the ashes back home?

I feel for the poor mother but as many times as this situation repeats itself, why wont people buy term life insurance? If you are under 30 it is very affordable(you probably spent 3-5 years worth of premiums on ur Galaxy or iPhone). You don't wait till winter to buy a winter jacket. Life has a beginning and an end. Death stalks us all, the time and place are the only unknowns. Prepare for it and save your loved ones the headache.

See? You don't need term life insurance because once you are dead, the headaches are not for you but others.

I just got giving fatigue when I lived in the DMV. Wakenya hapa ninapoisha ni wachache tu so I don't really deal with the fundraisers as much. But I have made sure my wife and child never have to do fundraise when the inevitable happens sooner or later.