How I Became a Truck Driver in the UK: Celebrated Kenyan Radio Presenter Maina Kageni Narrates 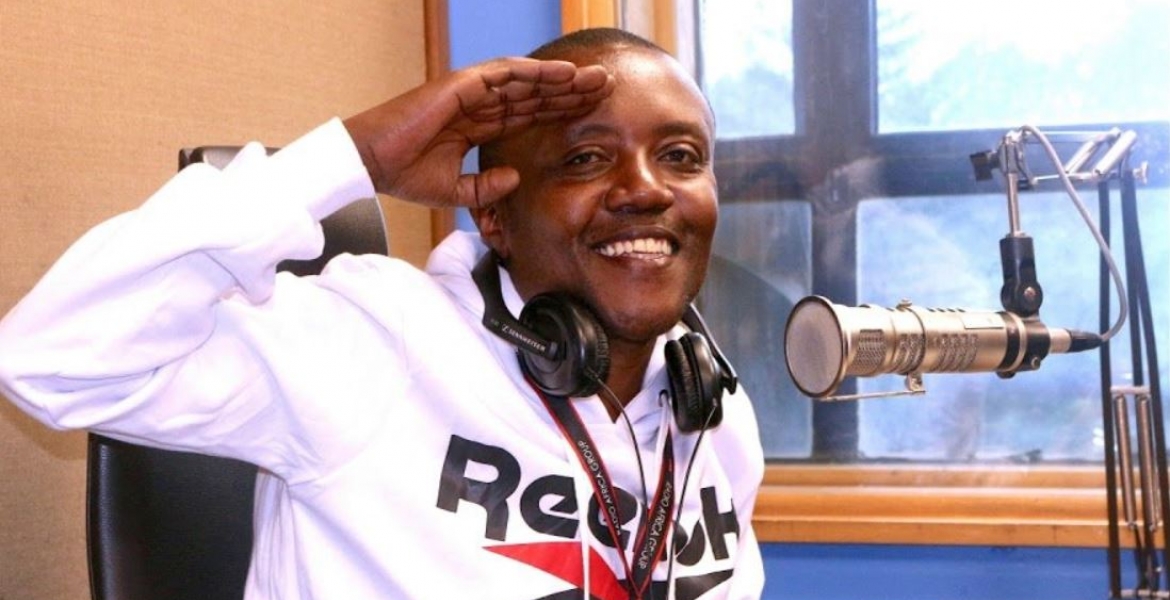 Celebrated Kenyan radio presenter Maina Kageni has talked about his life in the UK and the hardships he went through.

Speaking during a recent interview on Churchill Show, Kageni disclosed that he moved to the UK after completing his high school education and enrolled in a college but never attended classes.

His mum stopped supporting him after learning he was not attending college and this forced him to find a job to sustain himself.

“After completing high school I moved to the UK and I went from everything to nothing. I registered for college but never attended.”

“After my mum found out, that was the end of everything. I had to find my own place and get a job. It was the hardest thing ever and that’s when you realize that you’re strong,” he added.

He got a job where he was earning Sh35,000 per week which he felt was not enough as truck drivers were taking home Sh210,000 weekly. To become a truck driver, he had to save over half a million Kenyan shillings to acquire a license.

Kageni eventually got the license and began delivering goods to various destinations but his desire to earn more money pushed him into working extra hours.

He was so focused on making cash that he forgot about his personal hygiene and outlook. He says some Kenyans once mistook him for Nigerian a drug peddler due to bad smell.

“I remember one day I was going home and no one could sit next to me. I was smelling. opposite me, there were two ladies and started gossiping about me in Kikuyu language. “ünaona hiki kimnigeria, kinaenda kuuza madawa”. I sat there and listened and could say nothing because that’s where life had taken me,’ he noted.

After having made and saved enough cash, Maina he started a car exporting business, which proved to be lucrative. He later moved back to Kenya where he joined the media industry even though he had no college education or media background. Today, Kageni is the most popular radio presenters in the country and earns more than Sh1 million a month at Classic FM, where he hosts a breakfast show.

Truck Driver? so what wrong been a Truck Driver,they earn good money ... earn Sh1 million a month, truck drivers earn more than that here is USA.

As you can see, this uneducated Maina Kageni is so illiterate to understand life in general is not all about money. Many Kenyans work extremely hard to earn a living both at home and overseas! So there is nothing wrong being a truck driver or doing whatever is necessary to earn a living!

Problem with USA truck driving is the medical problems which arise later due to too much sitting and junk food eating. High blood pressure is the end result. But pay is good.

@exdiasporan - Not as bad as you sitting in jail for 9 years banging other men! Why do we have losers always giving a negative edge to things they have never done?

The guy is so full of himself with little or no education! He learned nothing in Britain and he still is trying to find himself in his own country. Who care he make 1 million shillings a month? Very insecure with himself to a point he has to glorify himself with how much he earns.

These are the wrong kind of folks to advise the youth!

Yun, I've told you before :that while you are mumbling un-intelligent things, I just mailed my absentee ballot filled in favor of Trump. Meza wembe! Jailbirds don't vote in America. Do they?

I am a south African truck drive and my wish is to one day found myself in USA working as a truck driver is the any one can assist me on that please .