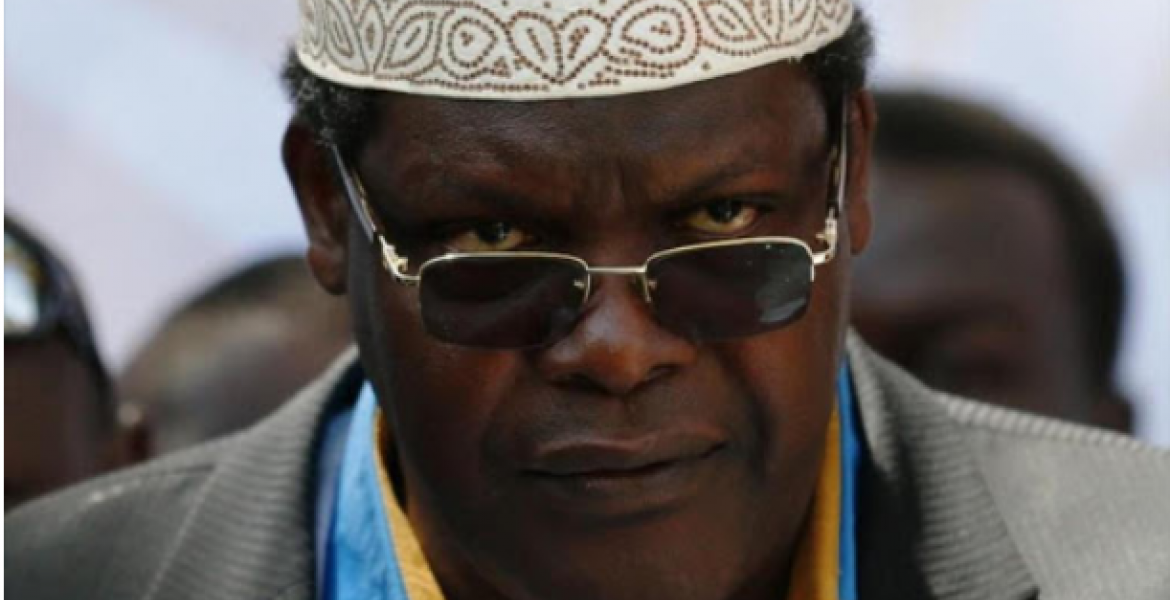 Kenyan-Canadian lawyer Miguna Miguna has caused a stir on social media after claiming to have dreamt about President Kenyatta’s death.

“I was happy when I woke up. Have a happy weekend, Patriots, because we will and must defeat Despot Uhuru Kenyatta,” Miguna wrote on his Facebook page on Saturday.

His post sparked mixed reactions among Kenyan social media users with most of them saying it is wrong to wish someone dead even if they are your worst enemy.

Mc NickMed said: “I don't love Uhuru Kenyatta neither do I support his political thinking affiliations but from your post I have come to a concrete, profound and definite conclusion that this is pure hatred.”

Moses Orek Ademba wrote: “Even if I hate someone I can't wish them death that's very wrong, Miguna is a bitter man he needs to visit a specialist, he is not okay, he is suffering depression and you guys are here clapping and supporting a sick man, you are sick like him!”

Osborn Matias noted: “Ha ha ha R.I.P nightmare! Just improve on your dreams general and add more darkness in them. It’s the high time u should remove n clean all the hatred u have coz that's seems to be digesting your thinking capacity so much.”

Wilson Max stated: “General these time round I don't support you God is the giver of oxygen and life so please pray for your enemies so that one day you will come back here in Kenya and claim your right and that time it's soon coming don't worry.”

Joe Kirk quipped: “That's a bad dream! Although I don't support him, death is not sensible. He should live long to witness a better Kenya and enjoy the fruits of the incoming better leadership.”

Wanjiru Ben posed: “Why spend over 20yrs in school then you end up being a fool??”

Kim Jóng said: “Don't wish death upon someone... This is literally shown that you lacked qualities of good leadership.”

Samuel Khaemba Omumatola wrote: “MM, honor the king because one day you'll be the king people will honor you.”

As an African person he hit below the belt, may be a wake up call for Uhuru to pull his sock he has put Kenyans in a very deep hole by borrowing a lot of money that Kenya cannot afford to pay, to benefit himself and his Kin. Kenya is an economic colony of China at the moment. Mtoto wa nyoka ni nyoka.

Which horror movies is Miguna Miguna watching during this COVID-19 session? Horror movies gives you nightmares

Why not dream about your own death Miguna Miguna? You would not be missed if you died!

Your inner bitterness is eating you to the core of your weak medulla system! You are such a pariah Miguna Miguna! Get a life!

Miguna looks like death himself! It is Miguna’s Devil incarnate talking from the dead!

Whatta gonna do Mx2? You behave worse than you rouge son! Your own wife is desperately ashamed of your being! You are just stupid!

Miguna did not have such a dream! He just dreamt of his own death! What a damn fool?

Miguna Miguna, please don’t remind us that the uncircumcised sheath in front of your small dick is still rotten smelling! That where your death is situated! Kubafu wewe!

MM has no honor left to himself! When a man start dreaming about death, it simply means he is calling his own death! Good bye MM as you predict your own death.

Miguna Miguna corps is being beckoned by the demons in hell! This is mm saying good bye to the world!

Miguna is telling the world the little that is left of his dirty mind! He is a walking dead and that is the best he can think of Miguna Miguna! Trashy dude!

It must be such a bitterness for Miguna Miguna to live in exile! Uhuru is just laughing so hard to know he got your balls out of Kenya! It is apparently clear that sure hurts you like hell Miguna Miguna!

MM never wish death to anyone, not even your enemy. God's wrath is not provoked or His finger will write your obituary

Very sad for a man to come to this point! The agony in his heart is heavy if he can dream about such and dare publish it... what self dishonor!

Stop humiliating yourself @ Miguna Miguna with some toddler nightmares! You should be far above some silly boyish nocturnal hallucinations!

You are never “happy” mm! You are a sadist in a goat’s skin!

Your midnight nightmares MM makes you look like a Dracula!!

Miguna has every right to any dream just like those criticising him.No one quries those barking abuses at him when they lick Uhuru's mkundu/sewage line.Just leave the SIMBA Jaluo ya Marina village alone.

There are many sadists who write here.

Miguna Miguna, We had another one of your Kind in Britain not long ago. His own bitterness just ate him a live.. Am not surprised you have predicted your own death.
The bitterness in you, Hate that lives in you is coming full circle.

Psychologically and in psychiatric terms Miguna Miguna has come 7/8 of the full circle!

Just look at how the bitterness in his heart have consumed him! His wrinkled face says a lot to the masses! But MM is in deep denial!

The Holy Bible says, “guard your heart from all things from which the issues of life come!” While I believe Miguna is not a man of faith, I tend to think his heart could benefit a lot if he could adhere to the Solomonic wisdom of the Bible! He is destroying himself like a deck of cards!

I’m just trying to enlighten the learned guy before the circle completes the 1/8 to make a circle full!

Stop writing your own epitaph Miguna!

Carve your name on people’s hearts, not on tombstones!

Now @Miguna you have lost it ! any sympathy Kenyans had for you is gone. This is not done or has Covid-19 affected you and made you despondent or is this what you are - No one knows his day or hour but it is not for us to wish - this is not a DREAM it is a wish . you should be ashamed of yourself.